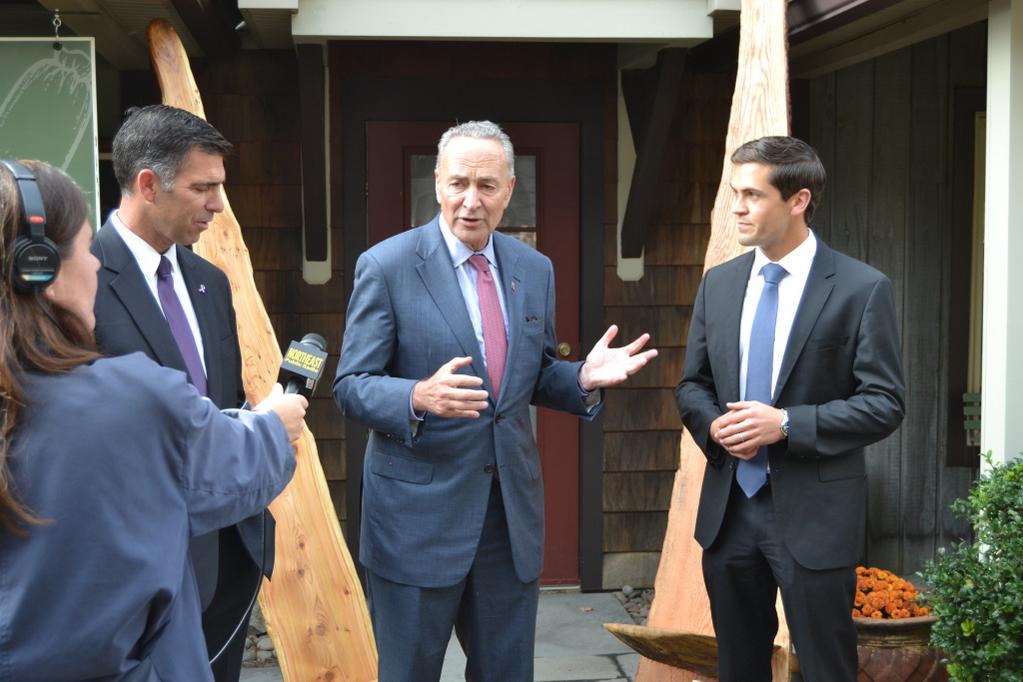 The Center for Responsive Politics estimates that candidates and their supporters spent nearly $4 billion in this year's election. For once, however, New York is a bargain, one of the least expensive places in the country to win a seat in Congress.

(Estimates are based on data released from the Federal Election Commission on Nov. 4)

It helps that neither of our two Senators were up for re-election this year. The top five U.S. Senate races alone totaled nearly $180 million in direct spending, with Minority (soon to be Majority) Leader Mitch McConnell spending $25 million to defeat his opponent, Alison Grimes, in Kentucky.

But in the House, a slew of uncompetitive races meant the entire 27-member New York delegation together raised just $42.1 million, an amount less than the top four House Republicans, who combined to raise $49.3 million. And special praise, perhaps, should go out to Congressman Jose Serrano, who raised the sixth least amount ($178k) of all House incumbents, and won with 97% of the vote. We can only hope that Congressman Serrano was busy legislating for New Yorkers, rather than spending most of his time on the phone to donors, like many of his colleagues across the country.

There were a few expensive campaigns in the state, especially the 19th district race between Congressman Chris Gibson and Sean Eldridge. Together they raised more $7 million, and the race ranked in the top 10 in terms of dollars raised in House.

Of course, just because the incumbents in the state weren't that busy raising money, didn't mean our state was completely left out. New York remains the place where candidates and Super PACs from across the country come to raise money. The state's residents were third behind the District of Columbia ($298 million) and California ($294 million) with $192 million in contributions (82% from New York City alone), two thirds (61%) of which went to Democrats (figures based on reporting as of Oct. 25). New Yorkers in the Upper East Side's 10022 zip code alone gave $30 million, second only to those in 94104 (San Francisco, CA) which gave $73 million.

In 2016, things may change for our state. Not only is Senator Schumer up for re-election, we may have our own, semi-home grown candidate in the presidential race. We escaped the full political ad blitz in 2014, but we may not be so lucky in two years.

Regardless of who does or does not ultimately enter the presidential contest, total spending on the campaign is likely to dwarf this midterm year and all previous presidential year elections. If historical patterns hold, it is likely that total spending in 2016 will top $8 billion, making it the most expensive campaign in U.S. history. Candidates will again seek out New Yorkers to support their bids for elected office, as will organizations with a special interest in certain issues. We may even get to see more of those salacious attack ads that voters in Georgia, Kentucky, and New Hampshire are probably glad to be rid of for a little while.

***
Heath Brown, Ph.D., is assistant professor in the Department of Public Management, John Jay College, City University of New York. You can follow him @heathbrown