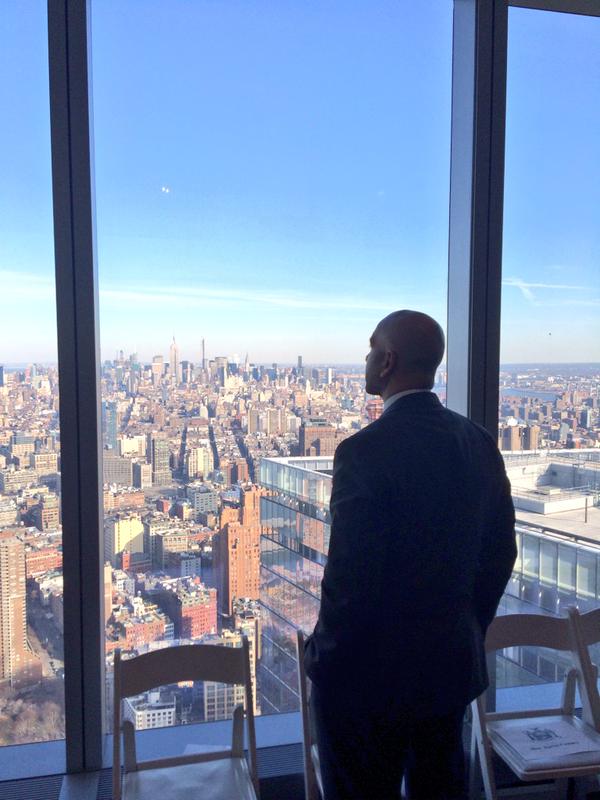 The people of the United States have stood strong with the people of Israel from the day that country was founded in 1947. As the only democracy in the Middle East, and as our key ally in the fight against terrorism, Israel holds a special place in the hearts and minds of Americans. This is especially true in New York City, which has shared a unique and significant relationship with the Jewish people and the state of Israel for decades.

On Saturday, January 17, I will travel to Israel with the Jewish Community Relations Council of New York, leading a delegation of our city's growing Latino population. This group, which includes business, civic and non-profit leaders, will spend a week discovering what Israel has to offer, learning about why Israel's continued strength is so important, and exploring the growing relationship between the people of the Promised Land and Latinos across the world.

This is of critical importance, given not only the continued vitality of the Jewish population at home, but the longstanding history of Jewish acceptance in countries like the Dominican Republic and growing Jewish population in places like Argentina, Brazil and Panama, as well. On this trip, I will lead a discussion about the future of Jewish/Latino relations, both here and abroad, and take the first steps toward cementing a lifetime bond between these two communities.

I have been to Israel before. I have seen, firsthand, the attacks the Israeli people face every single day. But the people of Israel persevere. Now, more than ever, their example deserves our praise and our support.

The horror of the attacks on the French newspaper Charlie Hebdo and the kosher supermarket—and the subsequent exodus of Jews from Paris—show us just how critical our support of Israel is right now. As Martin Niemöller wrote, reflecting on the Nazi atrocities of World War II, "First they came for the Jews..."

Following these acts of terror, the Paris Grand Synagogue closed for the first time on Shabbos since World War II. The meaning behind such imagery cannot be understated. Israel is one of our strongest allies. Israelis and all Jews must know that our Latino community, and in fact the American people, are on their side during these troublesome times. As we saw world leaders standing arm-in-arm in solidarity following these attacks, we too stand arm-in-arm with Israel and the world's Jewish population.

Does a borough president have an interest in promoting Israel? Of course. At one point more Jews lived in The Bronx than in Israel, and our Jewish community remains vibrant and strong. Across the entire city, Jews and Latinos are already working hand-in-hand on the issues that unite us, be it economic development, housing, education and more.

Israel has produced and continues to work on some of the most amazing technological and scientific advancements the world has ever seen. Israel is a partner in our security, and what keeps their country secure helps keep our borough and our city secure. Israel is worthy of not only our respect, but our support.

As we celebrate the life and legacy of Dr. Martin Luther King Jr. next week, we must also remember his message that we are all God's children, including the people of Israel. "Peace for Israel means security, and we must stand with all our might to protect its right to exist, its territorial integrity," said Dr. King. "Peace for Israel means security and that security must be a reality."

Both the nation of Israel and Jews everywhere around the world are under perpetual attack. Their peace today, as Dr. King so eloquently put it, requires our commitment to their continued security. I will work to join the Latino and Jewish communities together in new bonds of strength, and I will help create new friendships during difficult times.

Israelis do not let terrorism and hate keep them down. Neither do Americans, and neither do I.

***
Ruben Diaz Jr. is Bronx Borough President. His office is on Twitter @rubendiazjr