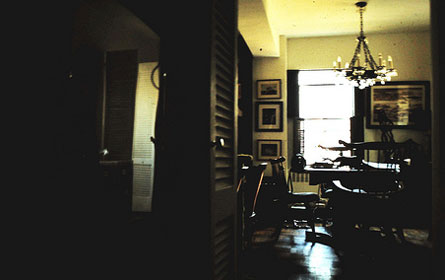 "Your aged parents or your home" is not a choice anyone would want to face, especially when your parents are 78 and 80, and your New York apartment is rent stabilized. But that is exactly what confronted Charlene Lee of Manhattan.

In litigation that began in 2002 and ended in July 2009, the landlord, 542 East 14th Street LLC, commenced a holdover proceeding in Housing Court charging that Lee, a nurse, had breached her lease and was no longer entitled to her apartment. The landlord claimed her apartment was not her primary residence because she had spent most of the previous two years in California. But Lee established that she had been in California caring for her ailing parents, and that her New York apartment continued to be occupied by her 16-year-old daughter, then a student at Stuyvesant High School. (During the long course of this litigation, the daughter, Cindy, has graduated from high school and college and is now in her last year of medical school, according to the New York Law Journal.)

The law requires the tenant of a rent-stabilized apartment to occupy the premises for at least 180 days a year for it to be considered a primary residence. Only primary residences are entitled to rent regulation. But although Lee did not personally meet the 180-day-in-the-apartment-test, she also had no other residence. While in California to care for her sick, non-English speaking parents, Lee stayed with various friends and relatives. She returned to New York, her daughter and her apartment intermittently, staying for several weeks at a time.

Housing Court Judge Kevin McClanahan dismissed the landlord's petition, finding that the 14th Street apartment was Lee's primary residence. He noted that she maintained her furniture and personal property at the Manhattan apartment and that it was her address for banking, taxes, utilities and mail, as well as the place where her daughter lived. Also, Charlene Lee had never established in California the indicia of permanent residency, such as acquiring a home or voting there. No evidence was presented to rebut the allegations of family illness, and the court rejected landlord's argument that the illness of Lee's parents was "merely a pretext" to keep her apartment while actually residing in California.

The landlord also lost the next round, the Appellate Term, where two judges out of three agreed with the Housing Court findings. The Appellate Division, at the next appellate level, has now unanimously, affirmed the finding of the two lower courts. In an opinion by Justice Peter Tom, the Appellate Division addressed for the first time the question of whether a tenant's absence for the reasons presented in this case affect their eligibility for rent regulation. The court found that the need to care "for a sick relative is a viable defense to a non-primary residence claim by a landlord." This circumstance has now joined other possible exceptions to the primary residence requirement, such as military service, hospitalization, "or other reasonable grounds."

In all, eight judges have decided in favor of Lee. Moreover, her attorneys have been awarded $34,000 in legal fees.

There are only a few ways for landlords to legally recover possession of the apartments they own. Evictions may flow from failure to pay rent, if the landlord prevails in a non-payment proceeding brought in Housing Court. Holdover proceedings, such as the one brought against Lee, begin when the owner or management claims that the landlord-tenant relationship has ended, often as a result of primary residence issues. Landlords who suspect tenants of living elsewhere or of not spending half the year in the apartment often hire private investigators or put the resident under surveillance to uncover evidence that the premises in issue are not the primary residence -- that is, to challenge whether there is "an ongoing substantial, physical nexus with the premises for actual living purposes," as the Court of Appeals explained in a case involving Bianca Jagger's residence.

The decision about primary residence is generally not based on one single factor, so landlords may arrange for searches of public records to ascertain where the tenant votes, holds a driver's license, receives mail, for example. They may search property records to see if there is another home in, say, Florida. In addition, some landlords have installed cameras, which time stamps and records the dates the occupant enters the space. An artist reports his was done at her loft. A Westside tenant whose spouse lives in another city, divides his time, between Manhattan and the Midwest, literally counting the days in New York in order to keep his primary residence here, and not lose the apartment he lived in for decades, prior to his recent marriage.

In 2008, Bianca Jagger, the former wife of Mick Jagger of the Rolling Stones, lost "an action of ejectment" in the state Supreme Court rather than Housing Court, a decision which was affirmed by the highest court, the Court of Appeals. In that case, immigration was the critical factor, since Jagger, a British citizen, was in the United States on a tourist visa. The court found that she could not have both "a principal, actual dwelling place" outside the country and also have her primary residence in New York City. The two circumstances were called "logically incompatible.

It is considered unlikely that the Court of Appeals will hear the Charlene Lee case. That would allow the decision letting her keep the apartment to stand.

Lee was represented at trial by the office of Adam Leitman Bailey, P.C., and on appeal by David E. Frazer. The landlord was represented by Borah, Goldstein, Altschuler, Nahin & Goidel.