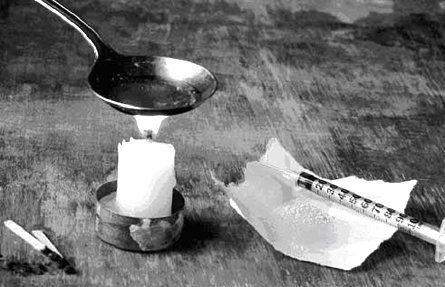 In presenting their case for past and future revisions to New York’s Rockefeller drug laws, supporters of the changes contend that revising the law would benefit non-violent, first-time drug offenders and low-level criminals, not drug kingpins or violent career criminals. After more than a year’s experience implementing the drug law revisions of 2004, however, that is not what has happened. While some low-level drug offenders have benefited from the revisions, sanctions against numerous violent career criminals and high-level narcotics traffickers also have been significantly reduced. I fear that further changes now under consideration may well make the situation worse and may again put at risk neighborhoods once devastated by drugs that have been rescued.

I have been New York City’s Special Narcotics Prosecutor since 1998, but I have been a practicing prosecutor since 1983. I was handling homicide cases during the 1980s and the 1990s, when the crack epidemic was at its height. And I saw case after case of young people dying over crack.

The Rockefeller drug laws were enacted in 1973 during that heroin epidemic because people were tired of seeing young people dying and so many other lives destroyed because of drugs. The laws set penalties of 15 years to life for some drug offenses and limited the amount of discretion judges had in setting sentences. Around this time, the Office of Special Narcotics was set up to address the problem of narcotics trafficking in New York City. Today, we handle about 4,000 felony narcotics cases every year. When I say, "felony," I don't mean user amounts. Mostly it's selling drugs. And when I say, "narcotics," I mean cocaine and heroin. Marijuana is not a narcotic drug.

While critics say the laws do not focus enough on treatment, the Office of Special Narcotics has been a staunch advocate of drug treatment. Along with the Brooklyn district attorney’s office, we pioneered alternatives to incarceration in the late 1980s, because we saw no point in jailing people who sell drugs to support their own habit. But experience in this area has taught us that a person’s fear of going to prison is a way to motivate them to get into treatment. Some of our drug defendants have said that the day they got arrested was the best day of their lives, because the only thing they wanted to do less than stop using drugs was go to prison. When they faced the threat of state prison, they were finally able to turn their lives around.

And so they sell drugs, causing further devastation in their neighborhoods. Things have improved a great deal in New York City. But we still get calls from people who say, “There's drug dealing going on, on my doorstep. I don't want my kid walking past it.” And communities across the city tell me, "Get those drug dealers off my street corner, lock them up and do it now."

We have used narcotics enforcement as a tool to bring the crime rate down in this city and to address violent crime in the drug-plagued areas of the city. We need to make sure that, whatever changes we make in the state’s drug laws, we can continue to do that.

The first set of Rockefeller drug law revisions was enacted in 2004 and became effective in January 2005. It was an overall revamping of the drug statutes.

Before the changes, possessing four ounces or more of a narcotic drug, meaning cocaine or heroin -- or selling two or more ounces -- was an A-1 felony in New York State. Four ounces may sound like nothing. But you can get at least 4,000 glassines or vials out of four ounces of coke or heroin. You don't see users with that amount.

The 2004 Drug Law Revision raised the amount needed for a possession offense from four ounces to eight ounces of cocaine or heroin. Selling two ounces remains an A-1 felony. The legislature did not change that.

But it did reduce sentences so that a person convicted for the first time of a top narcotics offense -- possessing a half a pound of coke or heroin or selling two ounces -- faces between eight and 20 years (Before they faced 15 years to life).

The revision also decreased prison time for all narcotic offenders and provided for re-sentencing of people already in prison. The measures were intended to help nonviolent drug offenders and low-level drug offenders, and some did benefit. But kingpins and major traffickers were the ones who received a windfall.

By November 2005, approximately 270 prisoners were re-sentenced statewide. The Office of Special Narcotics handled about 31 percent of those cases. In about 10 cases, we consented to having them serve the minimum. Fifteen years to life was too heavy for their crime. So good things did come out of the revision.

But most people that the office handled either had been convicted or implicated in some kind of a violent crime or were a major trafficker or kingpin. Of the 81 who had applied for re-sentencing to our office, we had nine involved in homicides or serious assaults, which left the victims paralyzed. We had 23 kingpins, or major traffickers. One, whose sentence was cut to 11 years, already had a federal money laundering conviction and was a high-level member of an international ring responsible for importing thousands of pounds of cocaine and laundering millions of dollars.

And then, applying for sentence reduction, were the people who destroyed neighborhoods in the 1980s, who took over areas of Harlem or the Lower East Side, took over whole buildings and trafficked thousands of vials, thousands of glassines out of those buildings. The head of a Lower East Side cocaine organization, which had weekly sales of $15,000, saw his sentence cut by eight years. People like him make a lot of money, so you need to be able to impose a stiff jail sentence to let them know it isn't worth it.

Under the new statutes, the judges can impose a sentence of from eight years up to 20 years. Judges are guided by their own discretion in sentencing - with one exception: If a person has a prior felony conviction, the sentencing range is now 12 to 24 years if the previous felony was non-violent and15 to 30 for a violent prior felony. The old law made no distinction: The minimum sentence was 15 years to life for all, and the maximum 25 to life for all.

Many people who have gotten minimum sentences of eight years since the new law went into effect do not fit the description of the intended beneficiaries of the drug law changes. One woman who received the minimum had been convicted of coordinating the delivery of 322 pounds of cocaine.

THE NEXT ROUND OF REVISIONS

In 2005, the reforms went from bad to worse. The legislature extended re-sentencing to the next level down, to the A-2 offenders. Many of these people had plea bargained their cases. They were originally charged with the more severe A-1 offenses and then plead guilty to A-2 crimes to get a shorter jail sentence.

We offered them the plea because we had heard the message. Many New Yorkers thought too many people were getting 15 years to life. And often we agreed. The A-2 range of eight and a third years to life was adequate to punish most of these offenders.

But then the legislature passed A-2 re-sentencing, and they excluded from the change anyone who had received a minimum sentence. Only the most serious offenders or those who had prior convictions were eligible to be re-sentenced. So it seemed that the state government had done the opposite of what reform advocates intended. Rather than helping low-level offenders, the people eligible for re-sentencing included one who was found with 70 pounds of cocaine and a loaded 45 caliber gun, and another with 715 pounds of cocaine.

Now, there is talk about changing the sentencing structure for the next level still, B felony offenses. And quite frankly, I fear what this could do.

But this is a critical statute for prosecuting the people who ruin neighborhoods. If you are going to make some money selling $5 vials of crack, you have to sell a lot of them. And, for the people living next door, it’s a huge problem, destroying the quality of their life.

Now the people selling that crack should not go to jail for the rest of their lives. But we need to take them out of the community long enough for the neighborhood to come back up again.

The other push is for expanded judicial discretion. This creates problems. If judges can do anything they think is appropriate, there are going to be inconsistent sentences because judges have different perspectives. And widely varying sentences can decrease confidence in the legal system. It makes people think that the system is unfair.

That is what happened in the 1970s, when judges were allowed complete discretion and so could sentence people to whatever they wanted. At that time, the New York Times ran a series of articles on this issue. They found that the problem of sentence disparity â€“ different sentences -- increased as judges had more discretion. The chief judge in New York State, the head of the Court of Appeals, said then that it “might be desirable” to take sentencing away from judges entirely and turn it over to some other agency.

We do not want to return to the days when many called sentencing in New York State “chaotic.” I think we want the legislature to take the responsibility, set a sentencing range, and then let the judges determine within that range what sentence is appropriate.

Fighting drugs -- and developing laws that can do that and at the same time protect neighborhoods -- is a tough, tough issue on which people feel passionately. We cannot incarcerate our way out of the drug problem. People need a good reason not to do drugs. They need other choices. I wish we had a good way to provide that. But minimizing consequences for drug dealers is not the answer. Drug crime begets violent crime and for the present, incarceration is the most effective tool to reduce that violence.