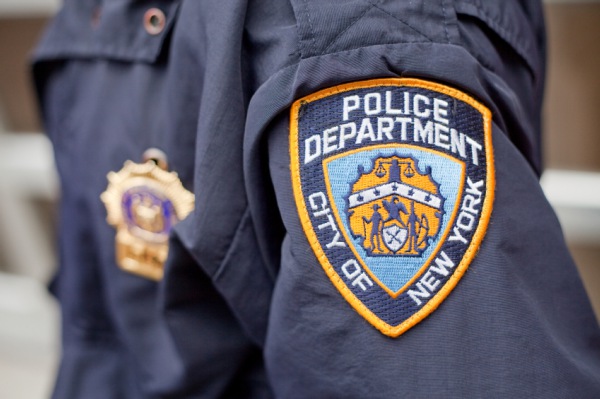 NEW YORK — The New York Police Department, which has over 34,000 officers and vast intelligence operations working to keep the biggest city in the country safe, has a number of checks in place to deter misconduct and corruption.

They include the Internal Affairs Bureau, five district attorneys, the Civilian Complaint Review Board, and the Commission to Combat Police Corruption, which the police and mayor's office say are enough to monitor the nation's largest police force.

Civil rights organizations and some elected officials disagree. They say those entities provide insufficient oversight and are calling for the establishment of an independent inspector general to review the NYPD's policies and procedures, often pointing to the CIA, FBI and 30 city agencies' own independent monitors.

The mayor's office, however, says what those agencies' monitors and what the proposed inspector general bill asks for can't be compared.

“We have more oversight than any department in America,” said Police Commissioner Ray Kelly at the reopening of the Central Park precinct station house yesterday. “I think it’s more than sufficient.”

Last week, election-year politics converged with the start of a federal trial to determine whether the NYPD’s policy of stopping, questioning and frisking people on the street illegally targets blacks and Hispanics. One of the outcomes was a serious debate over the idea of an inspector general to independently monitor the NYPD.

The proposal was introduced as a measure to the City Council over a year ago but seemed to be moribund until Democratic mayoral candidate and frontrunner Christine Quinn said last week that an agreement over the bill had been reached among lawmakers. As the powerful speaker of the Council, she has the authority to bring it to a vote.

Bloomberg now finds himself battling against the public discourse surrounding the issue, calling into question whether mayoral candidates who support the proposal want to reduce crime.

“What we don’t know is what they’ll actually do to reduce crime,” he said at the reopening of the Central Park precinct station house. “We don’t even know if it’s a goal, and I believe that the people of this city have a right to know that their mayor will keep fighting to reduce crime.”

Supporters of the plan for an inspector general now have to convince New Yorkers that an unelected inspector charged with overseeing NYPD policy will rein in what critics say is a too-aggressive police force while also helping to keep crime down to historic lows.

What are the origins of the legislation? What would it mean for New Yorkers? Here’s a brief look at the main points.

Origins Of The Bill

The NYPD’s aggressive police practices — including stop-and-frisk and the widespread monitoring of Muslims, including at mosques and cafes — have come under blistering attack by advocates in communities of color. Civil rights organizations have also called into question the tactics.

A coalition of civil rights, legal and minority organizations formed a group, Communities United for Police Reform, in 2012 to demand a review of the NYPD’s approach to public safety in minority communities. They worked with City Council members Jumaane Williams and Brad Lander, both of Brooklyn, to bring about the Community Safety Act.

The legislative package calls for four key reforms: ending what its backers refer to as discriminatory profiling by the NYPD; curtailing unlawful searches; requiring officers to identify themselves and explain their actions; and creating the office of the NYPD inspector general.

That bill would establish an independent oversight of the police department’s policies, practices, and programs by an individual who has either not served in the department within the last ten years or at all. The NYPD inspector general would be appointed by the mayor and serve for a seven-year term, renewable only once.

But the inspector general being proposed by supporters of the bill would be radically different from the other IGs under the DOI, according to DOI Commissioner Rose Gill Hearn.

She said in a letter to Quinn that she could not support the plan for an NYPD inspector general, saying the bill “transforms DOI wholly and completely."

The bill calls for the NYPD IG to "conduct independent reviews of the department's policies, practices, programs and operations." Hearn called that "highly irregular."

Notably, the police Internal Affairs Bureau is listed as an "internal inspector general" for the NYPD, according to the DOI website. Other inspector generals under the DOI focus on municipal corruption.

What It Could Mean For New Yorkers

Supporters of the inspector general bill say that it would increase transparency and oversight of policing and improve public confidence in the NYPD.The Brennan Center for Justice also has said that an inspector general could be a bulwark against violations of civil liberties.

“As the NYPD continues its important work of keeping New Yorkers safe, the inspector general would have the mandate, expertise and perspective to make sure that it does so consistent with our constitutionally guaranteed liberties,” wrote Faiza Patel and Andrew Sullivan for the Brennan Center.

If passed, the bill would also allow New Yorkers to submit both written and online requests for reviews on particular NYPD policies or practices across the five boroughs. And while the inspector general can review those policies and practices, the person appointed to the seat would not have any power to directly change them.

“The bill will give DOI no ability to make, change, or implement policy or procedure,” Quinn affirmed on Friday.

Councilman Jumaane Williams — one of the bill’s lead sponsor -— said that the inspector general bill and the rest of the Community Safety Act are not meant to hurt the Police Department but rather to help it work with the people to keep them safe.

“Think about how much resources have been put in to bring one case or to cases to court,” Williams said to a crowd at Foley Square last week, blocks away from the courthouse where a judge began hearing arguments in a class action suit against the stop-and-frisk. “The average person does not have the ability to do that when they're wrong, which is the primary reason that there’s a need for proactive oversight in the NYPD."

Oumou Bah, whose mentally unstable brother was shot and killed in his Morningside Heights apartment after he lunged at police officers at knifepoint in September, said that the city needs an inspector general.

"There is no one body that can investigate itself,” Bah said in December. “It is only fair that we have an inspector general having to deal with everything that comes with such incidents. I have realized that the conflict of interest of what’s going on right now is unbelievable.”

Opponents of the inspector general argue that there are already a number of checks on the NYPD and its activities: the Internal Affairs Bureau; five district attorneys, two U.S. attorneys; the Civilian Complaint Review Board; and the Commission to Combat Police Corruption. All of them review complaints of police officers’ actions.

Bloomberg has said the creation of an inspector general’s office would not only replicate responsibilities given to existing oversight entities, but also create a second commissioner by default. Bloomberg, who previously called the introduction of the bill as election year politics, accused mayoral candidates of “denuding” the mayorship of its powers and discretion.

The head of New York’s detectives union agreed with Bloomberg. Michael Palladino, president of the Detectives Endowment Association, was quoted by the Daily News as calling the bill a power play by Quinn’s Council.

“I think it’s essentially a power grab by a segment of the City Council who are looking to have the authority to appoint their own police commissioner,” he said. “Quinn is willing to hand over that authority to them in exchange for support in the election.”

Quinn doubled down against the mayor’s claims that the appointment of an inspector general would needlessly endanger New Yorkers.

“It is simply completely wrong to suggest that the inspector general legislation will do anything to compromise public safety or create confusion about who is in charge of the NYPD,” she said, calling the charge “empty rhetoric.”

Quinn came out strongly in support of the bill the day after the stop-and-frisk trial began the week of March 18. While Quinn has said that she doesn’t want to see stop-and-frisk be abandoned altogether, she thinks the program has been overused and has created a rift between the police and community members.

The speaker has argued that an inspector general is a first step to healing that rift, and that it would improve the NYPD by independently looking at its operations in a way existing bodies currently do not.

“Those are entities that look at the actions of individual police officers," Quinn said during a press event last week. "But we don't, in fact, have a monitoring mechanism to look at broader policies and practices within the department."

In October, the New York Times reported that 30 out of the city council’s 51 members signed on to the bill though. The number is up to 34 sponsors as of late March. There is also bipartisan support: Queens Councilman Dan Halloran stood apart from the Council’s four Republican members to sponsor the bill.

“He’s been a prosecutor and a defense attorney,” said Halloran spokesman Kevin Ryan said to City & State in October, “and his angle is to give police officers that are on the witness stand as much objective credibility as possible to make it easier for them to be successful.”

Despite the growing support among legislators for the bill, Bloomberg has already promised to veto it once it makes it to his desk, which supporters argue can be as early as next month.

But Quinn made her own promise last week.

"I can guarantee we will override it," she said.

The current Council may pass and override a mayoral veto with relative ease, but the bill’s footprint will be equally felt come January 2014.

In addition to 20 open City Council seats, a new mayor would have to appoint what would likely be NYPD’s first independent inspector general.

However, not all the candidates want that responsibility.

Republican candidates Joe Lhota and John Catsimatidis have both come out against the bill, while George McDonald said he wants to read more about the proposal. Independent candidate and former Democrat Adolfo Carrión, Jr. also opposes creating an inspector general office for NYPD.

The Democratic candidates are just as split. Quinn, Public Advocate Bill de Blasio and former Comptroller Bill Thompson have all come out in support of the legislation. Former Brooklyn Councilman Sal Albanese, however, called the inspector general bill a “shell game” that “punts the ball to an unelected official.”

Up until Monday, Albanese was the only Democratic candidate openly opposed to the bill. After less than a week of support for creating a new inspector general office for NYPD, Comptroller John Liu called the bill “a distraction.”

Liu told the Wall Street Journal that the real issue is stop-and-frisk, which he would abolish if elected.

“The more I think about it, the less sense it makes,” Liu said to the Journal. “I don’t support it.”

Kamelia Kilawan and Cristian Salazar contributed to this report.