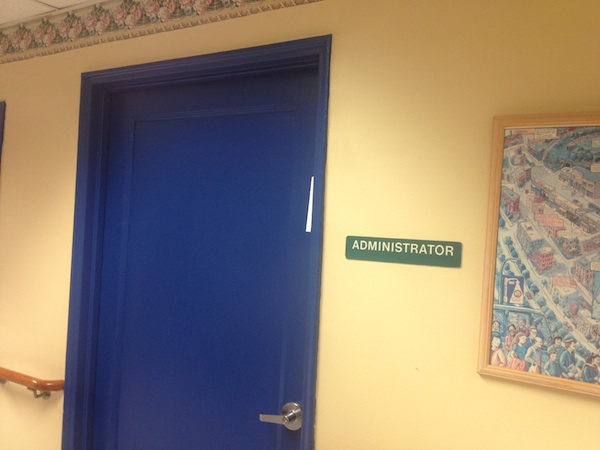 Quality care in nursing homes is largely defined by the nurses and nurse assistants on staff. They perform such critical tasks as feeding and bathing elderly residents, dispensing medications and ensuring that frail residents avoid bedsore wounds. A comprehensive federal study conducted in 2006 concluded that staff shortages dramatically impair the health and safety of nursing home residents. Yet 61 percent of New York City’s nursing homes fail to provide a sufficient level of staff care to be ranked as an average facility, according to Medicare data. And 41 percent are rated “much below average.”

The Gotham Gazette examined inspection reports, complaints and court records to take a close look at five of the city’s lowest-rated nursing homes. This is the first of five parts.

Robert Ruiz was designated one of the unsafe smokers at the Mosholu Parkway Nursing and Rehabilitation Center.

But when he lit a cigarette in the home’s smoking room three years ago, the staff member assigned to supervise the smokers wasn’t there.

Ruiz, a 56-year-old resident diagnosed with mental and physical impairments, placed the burning match on the side of his wheelchair seat. A bed sheet on the chair ignited.

Three residents in the room watched in horror, screaming, but unable to help. A security video shows that flames engulfed Ruiz for more than four minutes before the fire was extinguished.

Ruiz was hospitalized in critical condition with burns over 60 percent of his body. Doctors had to amputate his legs. He was administered a continuous intravenous line of painkillers until he died a year later.

A judge awarded the estate of Robert Ruiz a $2.45 million settlement last year while the state filed criminal charges against Mosholu and its administrator, Issac Shapiro.

The home was fined a total of $55,575 that year, according to federal records.

The fire is a tragic consequence of shoddy oversight and what can happen when a nursing home fails to enact or enforce policies to ensure the health and safety of its residents. Mosholu continued to have problems after the fire, but currently holds a three-star rating for quality of care (out of a possible five stars), according to the federal Centers for Medicare & Medicaid Services (CMS), which evaluates nursing homes.

However, the 122-bed facility in the Bronx managed to rate only one star for the amount of time its nurses and staff devote to residents’ care. One star, the lowest possible rating, is considered “much below average” for nursing homes, according to the CMS.

Advocates for the elderly often point to staffing deficiencies as a root cause of many problems that threaten the health and well-being of nursing home residents.

One problem cited by inspectors during the past two years has been the incidence of physical confrontations among Mosholu residents.

In one altercation in 2012, two roommates teamed up to assault a third, according to CMS records. The assailants landed a few punches while the attacked man struggled to retaliate before staff intervened. Each of the three men had a care plan that mandated that they be monitored for violent behavior, but the nursing home staff failed to document the assault as required by the care plans, CMS records show.

A few months after that incident, a resident used his walker to hit his roommate in the chest, CMS records show. The victim wasn’t injured and was transferred to another room five days later. The CMS faulted the facility’s director of nursing for failing to draft a plan to protect residents against such attacks.

“She was unable to provide any explanation as to why a care plan had not been developed to prevent further resident to resident altercations, resident abuse and possible injuries,” the report says.

Two residents nearly came to blows last summer when one accused his roommate of stealing a wristwatch, according to CMS records. Staff intervened to separate the two, made a note on a chart and left. The two men continued to room together for a week until the home’s social worker insisted they be separated.

Medicare inspectors cited Mosholu for 11 deficiencies in health care in 2012, twice as many as the average nursing home in the state. The inspection identified several preventable problems. For example, in a rush to clean up after a meal, a nurse threw a resident’s hearing aid into the trash. The facility did not replace the device. A patient who catheterized himself daily was never taught proper technique for handling waste or for installing and removing his catheter. Another resident received a sedative six times in one week even though it wasn’t prescribed.

Still, 12 percent of Mosholu’s residents suffer from bedsores, double the national average, and worse than 32 of the Bronx’s 45 nursing homes.

Last summer, the facility neglected to treat a 73-year-old resident with a bedsore on his left leg that festered for three months. He did not see a doctor during that time because a nurse failed to deliver a note from the patient’s physician to the administrator charged with lining up doctor appointments, according to Medicare records. The note said the resident needed to see a vascular surgeon as soon as possible. The resident received treatment only after a Medicare inspector intervened.

State law requires every nursing home to have its federal and state inspections prominently displayed and readily accessible. Mosholu’s are not. On two separate occasions the receptionist did not know where to locate them. The reports were located in a long hallway beyond the reception desk, through a set of double doors and around a corner.

Mosholu has not had a full-time administrator since the indictment of Shapiro nearly a year ago. Instead, Suzanne O’Connell, the administrator from nearby Wayne Nursing and Rehab Center, lends her services to Mosholu. (Wayne has had no fines in the past 11 years and fewer complaints and citations than the state average. However, 22 percent of Wayne’s residents suffer from bedsores – the worst in the Bronx – and its staff rating is as low as Mosholu.)

State law requires every nursing home with more than 40 beds to employ a full-time licensed administrator.

O’Connell did not return a request for an interview, and messages left at Mosholu were not returned.

Paulette Gordon, Mosholu’s director of admissions, and Iyabo Yusuf, director of nursing, declined to give a reporter with the Gotham Gazette a tour of the facility. Yusuf said she ran the facility in the absence of a full-time administrator. She said the facility wanted no media coverage.

While the reporter was there, a woman from a service that transports the elderly to doctor appointments arrived to pick up a resident. However, no one in the nursing home seemed to know that the resident had a scheduled appointment.

“It’s always like this,” she said. “How is it that an appointment is made, my company is hired, I’m sent here, and nobody in the home knows about it? Crazy, right?”

Nearby, a wheelchair-bound patient in a surgical mask pounded in vain on a patient coordinator’s office door. Nurses and staff laughed and joked as they passed by, but no one asked the resident what she needed.

In the lobby, a double amputee sat hunched over in his wheelchair. Yusuf looked at him and then turned to the receptionist.

“What’s he doing here?” she asked.

Jordon Davidson is a freelance writer and graduate of the CUNY Graduate School of Journalism.