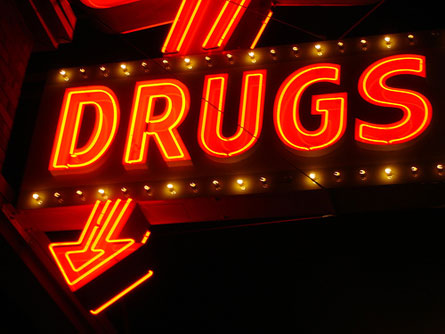 Several years ago in a private conversation, a Fire Department paramedic explained the tension between the New York Police Department and EMS when their units respond to situations involving illicit drugs. Police officers, he said, view drug use as a criminal matter. Paramedics and other medical workers see it as a public health concern.

For years, criminal justice reform advocates have said that non-violent drug offenders should be referred to treatment rather than sent to jail. In 2009, the state scrapped many of its Rockefeller drug laws, a landmark victory for these advocates in the state. But whether the state is moving to view the non-violent drug user as a victim of an epidemic rather than someone who belongs in a holding cell remains to be seen.

More specifically, the state has not addressed how to deal with a person found with marijuana who doesn't need either incarceration or treatment.

So far, implementing Rockefeller drug law reform has been messy and costly, said Glenn Martin, the vice president of development and public affairs at the Fortune Society.

Although prosecutors push more first-time drug offenders toward drug-treatment, most of them wind up in 18-month, in-patient programs. The justice system by and large ignores other types of clinical care, and the state offers few alternatives to incarceration. In particular, Martin noted, treatment has largely been an option for first-time offenders, rather than those who relapse.

"It sounds good to a prosecutor, but who says that this cookie-cutter approach makes sense? It doesn't,” he said in a phone interview. While many prosecutors support the idea of treatment over jail, Martin says they are not usually experts on drug and alcohol rehabilitation.

"New York City has the most robust alternative to incarceration communities," Martin said. But, he added, "None of those resources are utilized."

On paper, the state's drug enforcement methods appear kinder and gentler. But the reforms, Martin argues, have not met the goal of reducing the money spent on tackling drug use and actually rehabilitating people.

"Not a single person has completed treatment," he said. "You can't point to success stories yet?"

The treatment debate does not address the issue of why so many people are arrested in the first place. Speaking at a recent panel discussion at the New School, Staten Island District Attorney Dan Donovan said his team of prosecutors “have great discretion” when it comes to diverting alleged marijuana offenders into treatment programs. But he also said many people caught on misdemeanor drug offenses are brought in under questionable circumstances -- like through a stop-and-frisk, which forces individuals to empty their pockets. (Note: it is not a criminal offense to be in possession of a small amount of marijuana, but it is a misdemeanor to have it out in public).

Donovan said that in those instances, prosecutors can move to not press the case. "We got real smart with that," he said. When asked how many cases it has put aside due to improper searches, Donovan said: "I don't think we’ve ever broken that down."

Simply being caught up in a criminal proceeding, however briefly, can create problems, even if the case is dropped or the young drug user is sent to treatment, said Noah Kass, the clinical director at Realization Center, an outpatient treatment program in Brooklyn and Manhattan.

Kass said he often finds himself in situations placing young people -- particularly blacks and Latinos -- caught with marijuana into treatment that they don't really need.

"So I will stick a kid who is 15 or 16 who grew up in the South Bronx and was caught with a very little amount of marijuana, and I will stick him in a group with a kid who goes to a private school on the Upper East Side who is suffering from so many more drug issues that comparing them could be futile," he said.

Kass recalled that one of his workers in such a situation worried that the rich kid would learn the "drug game" from the Bronx youth. Kass said, "I was like, 'It is so the other way around.'"

By placing youth in treatment when they do not have real drug problems, the criminal justice system is telling them that they do. This can greatly affects a person's psyche, and is an all too common reality for black and Latino youths in the city, Kass said.

"They say, 'Yes, I’m going to self help meetings. Yes, I'm working on building a solid sober support network,'" he said. "We become sort of complicit in this lie."

If Kass is correct, then the mental health impact on New Yorkers caught with marijuana, arguably the least dangerous of illegal drugs, could be enormous. Last year , the city arrested 50,383 people for possessing small amounts of marijuana. according to a recent report by the Drug Policy Alliance. Gabriel Sayegh, director of the New York office of the Drug Policy Alliance, said the number of marijuana arrests under the Bloomberg administration dwarfs the number of such arrests under Mayors Ed Koch, Davd Dinkins and Rudy Giuliani combined.

Nonetheless, advocates still believe some progress has been made toward treating drugs as a health concern more than a crime problem.

"I think the movement is very marginal, but I think about how long it took to get here," Martin said. "I find myself in rooms with prosecutors now who are comfortable talking about diversion. I think that's a step forward."