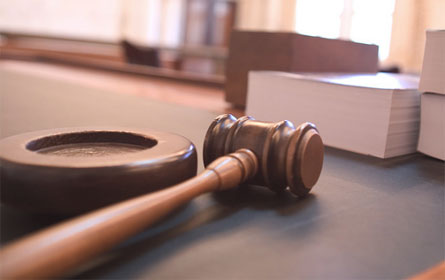 On June 8, 2009 -- the same day as the notorious State Senate coup -- a group of state senators began hearings on the Commission on Judicial Conduct and New York's system for disciplining attorneys. During the hearings, witnesses testified as to how the state's judicial watchdog group had ignored their complaints about judges and rebuffed their attempts to ascertain what happened to their complaints. Overall, many said, they were left feeling helpless before the justice system.

On Sept. 24, 2009 another hearing was held in Manhattan. The parade of witnesses with complaints about judges who allegedly flout the law, hold grudges against lawyers and levy absurdly large fines for perceived slights continued. In fact so many people wanted to testify on the matter that a third meeting was scheduled for Dec. 16, 2009.

That hearing never took place. A notice was issued that the hearing had been cancelled and would be rescheduled. It never was.

No findings were issued, no committee report was put together and no task force was called to investigate as some senators had suggested while reacting to testimony.

What happened? According to Senate Minority Leader John Sampson who headed the proceedings, he got too busy. “We started these hearings right when the coup happened. I believe that it was just the demands I had as leader. I couldn’t do everything,” he said. Sampson was anointed leader of the Democratic conference after the coup and continued to lead it after the Democrats returned to power. Many other Senate hearings continued during and after the coup.

In the two years since, no one has held any additional hearings on judicial accountability, but critics say the issue has not gone away. Observers and many people who have had bad experiences say the state's judicial watchdog ignores major complaints to focus on infractions of low-level judges, dismisses many worthy complaints and does all this in secrecy.

The Commission on Judicial Conduct is tasked with accepting complaints against judges and investigating complaints deemed meritorious. But a number of critics say the commission investigates lower level town judges for small infractions while ignoring repeated complaints against higher ranking judges such as those on the state Supreme Court. The Commission on Judicial Conduct has 11 members, each of whom serves a renewable four-year term. The governor appoints four members, the chief judge three and the speaker of the Assembly, the minority leader of the Assembly, the temporary president of the Senate (the majority leader) and the minority leader of the Senate each appoint one.

Of the governor's appointees, one must be a judge, and one must be a member of the state bar. The chief judge must appoint a justice of the Appellate Division, a judge who is not from the Court of Appeals or Appellate Division, and one who is a justice of a town or village court. Legislative leaders may not appoint anyone who has served as a judge.

Saratoga Family Court Judge Gilbert Abramson was the only judge removed by the commission in 2010. He allegedly made comments about a woman’s shirt that were “full of sexual innuendo.”

Two other judges resigned while under investigation. One had approved of anti-semetic comments in court, the other hadn’t bothered to sentence 100 people who had been convicted. Twelve judges were censured last year for a variety of reasons.

A number of observers, including commission members feel that the commission is far too reserved in its disciplining of judges. Albany Family Court Judge Gerald Maney tried to use his position to get out of a driving while intoxicated charge and yet he kept his seat. But critics say even more serious allegations are ignored -- ones about cases being fixed, rights being ignored and clear conflicts of interest.

So what came out of the hours of testimony, the money, time and miles witnesses spent getting to Albany, the risk lawyers took by complaining about judges in a public forum?

In 2010 Sampson began pushing a piece of legislation that would open judicial disciplinary hearings to the public -- not the actual complaints against judges, but the proceedings that take place after the commission has found sufficient reason to proceed against a judge. Proceedings such as these are open to the public in 35 other states. In New York, the proceedings are public only if the judge waives the right to a private hearing and agrees to have the accusations aired in public. Information about cases that result in disciplinary action are available to the public after a decision has been made.

Robert Tembjeckian, administrator and counsel to the Commission on Judicial Conduct, supports making the proceedings public. But he points out that no one is exactly in a rush to act on such legislation. “There is a preoccupation with economic and budgetary issues. At the moment it doesn’t seem to be a major concern," he said, adding, "The best case to move it forward is hopefully one house will see fit to have public hearings, generate momentum and public discussion.”

Sampson says he may initiate hearings on the Commission on Judicial Conduct early next year. “Reforms are necessary. Lady Justice is supposed to be blind but she has a hole in her blindfold and her scales are not balanced. There is a call out there [for hearings],” Sampson said. Sampson said he plans to start early in the year, and thinks he will enjoy the support of Gov. Andrew Cuomo. “I know our governor is all for reform. He believes people lost faith in our government and he wants to restore it, so I know this is something governor would truly support.” Cuomo’s office did not return calls for comment.

While Sampson may be prepared to hold hearings, other supporters of the measure aren’t exactly chomping at the bit. Dennis Hawkins, executive director of The Fund for Modern Courts, says the economy has led his group to focus on court budgets and working for judicial pay raises. He expects the budget to be a major focus during the 2012 session as well. “Sometimes larger issues block out other issues,” he said.

Peter Barlet, president of the New York State Magistrate’s Association, said his organization has no position on the issue but said making hearings public could “be a concern among judges who have to run for office.” He said opponents could use baseless cases as ammunition against sitting judges.

Despite the talk about opening hearings, that was not the key concern of a majority of the people who testified in 2009. “None of those people said they lacked confidence in the commission because hearings weren’t open,” said Elena Sassower, director of the Center for Judicial Accountability, a group that describes itself as "a national nonpartisan, nonprofit, citizens’ organization documenting how judges break the law and get away with it." Instead, Sassower said, "They lack confidence because their detailed, documented complaints were dismissed without reason and they were told the reasons were confidential.

A majority of the testimony focused on complaints the commission decided not to pursue. Attorney Regina Felton described how one judge routinely altered the court record, failed to file motions and repeatedly fined her large amounts. Since these motions were not filed. Felton had difficulty appealing them. Eventually when the judge demanded she pay $6,700 in fines Felton told the judge she had appealed, but he sent her to Rikers Island where she spent 11 days. Other complainants detailed how judges who oversaw their cases had conflicts of interest thanks to business relationships.

Currently there is no way to judge how the commission performs its duties when it comes to investigating meritorious cases, because all complaints are secret.

In 1989 then State Comptroller Edward Regan attempted to audit the Commission on Judicial Conduct. The report that came of the attempt was titled “Not Accountable to the Public: Resolving Charges Against Judges is Cloaked in Secrecy.”

"The commission has denied our request for access to confidential files and has refused to propose legislation to open its records to my office," Regan said in a statement accompanying the report. "As a result, my auditors cannot determine if the commission is complying with applicable state laws and regulations." Regan added, "The potential exists that the commission could be abusing its authority by wrongfully dismissing complaints against judges without cause and justification."

The only group pushing to actually make these complaints available to the public is the Center for Judicial Accountability. Sassower said, "Making the hearings public is like snow in the wintertime. Opening hearings will only give us an idea of what is going on with a handful of complaints, not addressing the 95 percent that do not result in an investigation."

Sassower says she has a good idea about the number of complaints the commission gets and does not act on, because she encourages complainants to forward their grievances to her organization. Sassower’s group has brought suit against the commission a number of times, each case has failed and she has since been barred by the judiciary from bringing any further cases.

Sassower says the commission routinely ignores meritorious cases and even destroys complaints it has held for five years, thereby making it impossible to track a pattern of complaints against judges who serve long terms. She wants the veil of secrecy to be lifted so that the public can see whether the commission is doing its job.

The Power of the Purse

The center has recently started pushing its case in a new way: attaching the issue to the very sensitive topic of judicial pay raises.

The Special Commission on Judicial Compensation was created by a 2010 law that mandates the group recommend salaries for judges. This year, the group issued a report recommending a 27 percent pay increase. The recommendation is binding and will go into effect next year unless the legislature blocks it. Late last month Sassower’s group issued its own report, which said the increase should not be given and charged that that the testimony given to the Senate in 2009 adds up to “evidence of systemic corruption” that “disqualifies judges from pay raises by a constitutional bar.”

“I don’t think that’s the way government works,” said Dennis Hawkins of the Fund for Modern Courts. “That seems like a way of coercion by the legislature against the judiciary. We need to keep the judiciary a separate, independent branch of government. Judges don’t have the ability to change the Commission on Public Conduct, so we shouldn’t be penalizing people who aren’t in charge of it.”

Others disagree with the very idea of opening the records. Tembjeckian, the commission’s administrator and counsel, says that the promise of confidentiality regarding complaints made against judges is “important and explicit. The statutory mandate precludes that even a grand jury cannot subpoena commission records. You are innocent until proven guilty.”

But Sassower argues that it is public record when a judge is sued. She notes that she has tried to get members of the press to write about the many complaints she has collected over the years, but to no avail. “The media is not running to cover complaints against judges. The fear is baseless.”

Sassower has distributed her report to the office of Chief Justice Jonathan Lippman, the governor and the heads of the legislature. She is currently awaiting response.