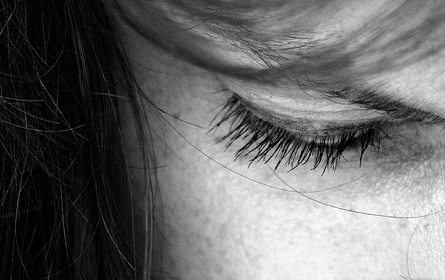 When Ling and her soon-to-be-former husband were dating, they enjoyed the music of Pink Floyd. They also shared the same tastes in movies and many other things. Although he was always the jealous type, she didn't think it was a big issue.

"I accepted it as part of his personality," said Ling, a native of Taiwan who requested her last name be withheld to protect her privacy. But five years into her marriage, her husband's jealous rage turned into physical violence.

"He always imagined someone else pursuing me," said Ling, who has been separated for almost two years and now shares an apartment with her daughter and a friend from church. "He hit me for the first time after the baby was born, and it just got worse." The last straw came when her husband left her bleeding badly after another violent episode and disappeared for days. She called the police and had her husband arrested.

With an American master's degree in business administration, Ling is fluent in Chinese, English and Japanese. She does not fit the image many may have of a typical victim of domestic violence. But a recent report by Garden of Hope, a Flushing-based organization that serves Chinese-speaking victims of domestic violence, showed that among the 200 clients interviewed, more than 40 percent have college degrees or higher. Among their abusers, more than 50 percent have received higher education.

"Domestic violence has nothing to do with race, age and educational background," said Kristen Liu, executive director of Garden of Hope.

The causes of domestic violence can be very complex, encompassing stress over work, drug use, alcoholism, extra-marital affairs, jealousy and different opinions on child rearing. In immigrant communities, cultural patterns and fear of going to the police add to the problem.

In Ling's case, her husband is many of the above: a drug user, alcoholic, unemployed and later diagnosed with clinical depression. But she was reluctant to tell anyone because "saving face" is very important in Chinese culture

"In the beginning, I was thinking about getting help but I was ashamed," said Ling, who relied on her parents for money after her husband closed his business. "I was trying to maintain my social status. I couldn't tell my family or friends. ... I was too shy to tell the truth. I was scared to see how my parents would react."

But eventually she learned about Garden of Hope from a friend in her church and sought its help.

"My counselors helped me to let go of my feelings through art therapy, the Bible and prayers," Ling said, adding that she has finally told her parents. "Now my life is calm," she said.

According to Liu's statistics, Garden of Hope received 1,430 calls and had 307 consultations in 2008. But only 145 individuals decided to take any action against their abusers.

Protection for the Victim

Often immigrant victims of abuse do not know they can turn to the police and social service organizations for help. Many come from countries where domestic violence may be prevalent and where victims have little protection.

"In the majority of Latin American countries, domestic violence is, what can I say, the thing of the day," said Haydee Zambrana, executive director of Latin Women in Action, which primarily serves the Mexican and Ecuadorian communities in Corona, Queens. "It takes place so often and the laws there, as many women indicated, do not protect them as well."

Often, spousal abuse leads to child abuse, Zambrana said. The abuse of a child, she said, is frequently what tips off the authorities to other violence in the home.

"The school is the number one reporter of child abuse," said Zambrana. "Then the Administration for Children's Services will require the parents to attend workshops on parenting, anger management and domestic violence. Through that way they become aware of the services they can receive ... and many women started to come forward."

A number of community-based organizations like Garden of Hope and Latin Women in Action exist throughout the city to help victims of domestic violence. In addition, he Mayor's Office to Combat Domestic Violence, founded in 2001, has two family justice centers, one in Brooklyn and one in Queens, to provide walk-in services to victims of domestic violence. Its hotline is 1-800-621-HOPE or one can simply dial the city's help line, 311.

"The idea is to streamline the process," said Yolanda Jimenez, the office's commissioner who herself is an immigrant from Bogota, Colombia. "We want to ensure that they get everything they need."

About two thirds of the clients at the Queens center and more than a third of those in Brooklyn are foreign born. To serve these clients, the centers' staffs speak more than a dozen languages and offer interpretation in 150 languages through its Language Line Program. Among the many services provided, interpretation is one of the most popular. Every month an average of 225 people take advantage of the translation services at each center, according to Ruth Villalonga, the domestic violence office's communications and outreach manager.

To help victims of domestic violence get back on their feet and gain financial independence, many agencies offer self-sufficiency services, including career training and English as a second language classes.

Immigration status is the number one concern for many victims, service providers say. Many are afraid to go to the police because they have no legal status here or depend their spouse to remain in this country.

"We have seen some cases where immigrants with U.S. citizenship would go back to their home countries to find wives," said Liu of Garden of Hope. "Once they bring their new wives to the U.S., they don't allow them to go out or learn English. If the wives don't listen, they threaten to divorce them and find new ones."

But New York City does offer some protections.

"Anyone who is a victim of domestic violence or a witness of a crime, the police cannot inquire their immigration status," said Jimenez, citing Mayor Michael Bloomberg's Executive Order 41, issued in 2003 to allow all New Yorkers, regardless of immigration status, access to vital city services. As a result, she said, victims should "feel they can come to the police, hospitals, family justice centers and get into shelters."

Federal law may offer protection in some cases as well. Victims of domestic violence may be able to gain legal status under Violence Against Women Act asylum. U Visaprovides nonimmigrant status for four years to victims of crime who are willing to help law enforcement investigate the offense and prosecute. It was specifically created by the Department of Homeland Security in 2007 to "strengthen the ability of law enforcement agencies to investigate and prosecute cases of domestic violence," among other crimes. After three years, visa holders may apply for permanent residency.

In general, Liu said, any victim who "can prove that the marriage is in good faith and that violence does exist ... can self-petition for a green card."

Meanwhile, all the agencies involved in this issue are trying to reach out to immigrant communities and raise the awareness of domestic violence. Garden of Hope and Latin Women in Action both hold seminars for immigrants, while the city office meets with leaders of various community-based organizations to spread the word.

"We found that often time the victims would talk to the clergy before they report to the authorities," said Jimenez.

After two years of separation, Ling is finalizing her divorce giving her full custody of her daughter while her husband is in jail for domestic violence against two other women and violation of his probation.

"I need to settle down my life and my daughter," said Ling, adding there is no chance that she will get back together with her husband. "Even my daughter doesn't want to see him." She plans to move in with her parents, who live in Japan.

Larry Tung, a native of Taiwan, teaches media and film courses at Kean University in Union, N.J. He is also a documentary filmmaker whose work focuses on immigrant and Asian American issues.