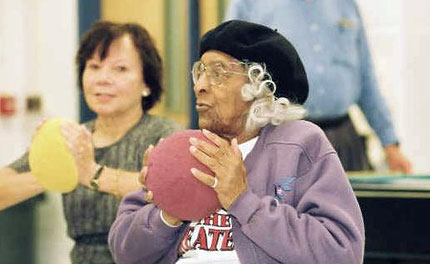 Photo courtesy of Administration on Aging

Aging has come of age.

By 2030, according to the Bloomberg administration, New York's over-60 population, now at 1.3 million, will increase by 44 percent. The 85-plus group, the fastest growing segment of the population, has grown by 19 percent since 1990.

Life can be challenging for these New Yorkers. Many live alone. Twenty percent have incomes below the poverty line. A recent study by the Council of Senior Centers and Services found that 35 percent of seniors interviewed were experiencing "food insecurity," from worrying about food to skipping meals to being hungry.

In an effort to address this, the Bloomberg administration is looking to "modernize" its approach to providing senior services. While the city deserves credit for planning for the aging of its population, the way it has gone about it has raised concerns among the senior advocacy community.

The administration has reduced the number of service providers and moved away from a community-based system. It plans to shut some senior centers and change the delivery of Meals on Wheels. Such changes, many of us believe, will lead to a system that will be less attentive to the needs of individual seniors, who range in age from 60 to 100 and represent a diverse group of ethnicities, nationalities, abilities and disabilities and economic status. The budget cuts demanded of all city agencies only make the situation worse. 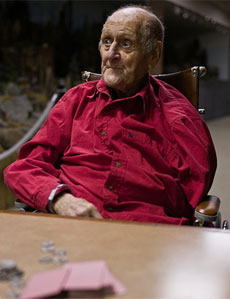 The Department for the Aging plans to reduce 97 Meals on Wheels contracts to agreements with 10 to 20 contractors who would serve "regions."

For years, Meals on Wheels delivered prepared meals daily to the homebound elderly. Since 2004, however, 17 community contractors in the Bronx were consolidated into three large regions doled out into two contracts. This has resulted in the same meal, either hot or frozen, being provided throughout the borough and, in some cases, meals being delivered only twice a week. According to the Independent Budget Office review of the program, there has been no meaningful cost savings.

Now the administration plans to expand this approach. Older people and advocates have raised a number of objections.

For one, the change means a homebound senior will have less frequent visits. It disregards the development of a relationship between the person delivering the meal and the senior, which consequently increases the possibility that a senior could experience social isolation. It also means the elderly are less likely to get special extras, like birthday cake or holiday food.

Imagine all of Brooklyn eating pot roast on the same day. While frozen meals may be only one option, the bigger concern is that the shift lacks choice for diverse palates and nutritional needs. How many New Yorkers would be satisfied eating the same as everyone else, and what if they choose not to eat it at all?

The deliveries address more than the seniors' nutritional need. They also provide regular human contact. Recently, in Queens, a Meals on Wheels provider found a senior ill on the floor. This is not an uncommon story. Imagine if the woman fell ill the day after the meal delivery -- would she be alone for three days sick and on the floor?

New York is the last major city with a community-based Meals on Wheels system. We should take pride in this rather than emulating cities like Philadelphia or Los Angeles that have only a few meal providers for the whole city.

Case management agencies coordinate care for frail seniors, allowing them to remain in their homes. In May, the administration released a paper on case management that proposed reducing the number of regions administering this service from 32 to 23.

Service providers, advocates, borough presidents and members of the City Council questioned some of the regional boundaries, yet not one was changed. Brooklyn, with the highest number of seniors at about 375,000, lost five contracts when 12 districts were consolidated to seven. Under the new system, case management regions are larger, making it far more difficult to connect the 90-year-old homebound senior with the local resources he or she needs.

Agencies with longstanding recognition in these communities lost their case management contracts. In Jamaica, the city dropped a leading minority contractor who had handled this service for more than 30 years. There is a similar case on Staten Island.

The consolidation could create upheaval. In addition to juggling larger groups and responsibilities, some agencies do not have prior experience doing case management with the homebound elderly. Across the city, all the contractors will be working with communities they had not served before.

The new contract includes a 3 percent cut -- or about $30,000 -- which is equivalent to the cost of a case manager. This will increase the caseload for the remaining managers.

Senior centers provide myriad reasons for the elderly to get out of bed each day and go out. Those are the words seniors themselves use. 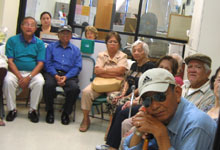 If a senior center moves from one part of a community to another, it may become inaccessible to the 85-year-old who walked there. He or she will simply stop going. That could lead to social isolation, which, in turn, can lead to further mental and physical deterioration.

Elderly immigrants, whose first language is not English, face formidable challenges navigating life in New York. Many senior centers offer welcoming havens for immigrants. Bilingual staff, culturally oriented programming and food are staples. So, if the center serving the Korean population in Queens closes, will those seniors attend another center that feels foreign to them?

There is an industry rule of thumb that seniors will travel within a 10-block radius to get to a senior center. I worked in a senior center in Park Slope in the 1980s that later moved to the other end of the neighborhood. One 90-year-old, who I was very fond of, tried for a while to take the bus to the new location, but eventually gave up. It was too hard, especially in bad weather. For most younger people, the distance would not seem that hard to navigate. For her, it was insurmountable.

The administration has suggested dividing up the $94 million spent on senior centers by community district. This seems intended to close some centers to free up funding, while it also threatens van services that are operated from individual senior centers. The shift would force senior centers to compete for the money as though from scratch. Because of this uncertain funding formula, much of what senior centers provide appears to be at risk, from transportation to social services to programs.

All of this restructuring comes when as much as $20 million worth of funding in general is threatened.

Funding for seniors is always a complicated dance. As the city looks to reorganize services, it needs to acknowledge that these programs have been historically underfunded.

Last year, the City Council added $12.5 million to senior programs. That money is not in the mayor's preliminary budget for next year. Even if that funding eventually is restored, the aging department is putting out requests for bids now, and those bids must incorporate the cut. That means 35 cents less a meal, $7,800 or more less per van and loss of rent funds for senior centers.

With the economic downturn, the Department for the Aging, like other city services is being asked to make additional cuts for the 2009 fiscal year. It does not have to be that way. The state is facing a budget deficit, but the former Gov. Eliot Spitzer's budget gave the state Office for the Aging a 9 percent increase, $12 million, because state officials understand the value of investing in services to help seniors age with dignity in their communities.

In general, the Bloomberg administration sees big contracts with big regions as an efficient model to provide services. But many programs for seniors have achieved success by growing organically within local neighborhoods.

Community-based services address quality of life issues. Saying "change is difficult" sounds hollow to elderly people who can no longer get to a center or receive an appropriate home-delivered meal.

Senior service agencies aren't against change, but successful change needs to take place in an environment of flexibility and with adequate time, planning and resources to implement those improvements.

By the end of 2008 most of the senior service contracts will have been restructured and could be held by entirely different providers. Not only is this too fast for service providers, but more importantly, it is too fast for the elderly. For example, an 80 or 90-year-old homebound person stands to lose their case manager, Meals on Wheels deliverer and senior center that prepared the meal all within six months.

Moving service areas around does not necessarily improve quality of service, address diversity or prevent waiting lists for services. This is a turning point in aging services. Sufficient time and thoughtful planning are essential. The city can't just look at service regions by the thousands. It is individual care that counts.

Bobbie Sackman is Director of Public Policy for the Council of Senior Centers and Services. Â