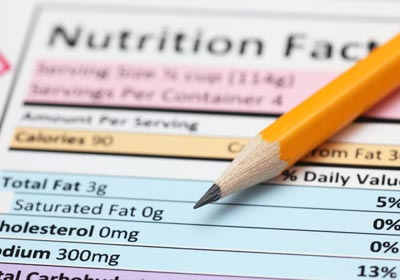 Visitors to state Sen. Gustavo Rivera’s Facebook page have become accustomed to seeing updates about the number of steps the Bronx politician has taken on a particular day.

But just after his election in 2010 in which he beat recently convicted former state Sen. Pedro Espada Jr., the Robert Wood Johnson foundation released a study that found that Bronx County was the unhealthiest in the state for the second year in a row. Not only was the Bronx the state leader in smoking, obesity, physical inactivity, excessive drinking, teen birth rates and even STD infections -- it also had a higher average number of premature deaths per 100,000 people.

Rivera decided he better start setting a better example by getting more exercise and eating better, all the while documenting his quest to slim down in the public eye.

“It was hard at first,” Rivera said. “But if it takes some fat guy to get up there and tell you his weight to get people thinking about the little changes they could make in their life then it’s worth it.”

It’s not just a personal quest to get healthier. He has also made improving health in his district and the state cornerstones of his policymaking.

This spring, Rivera is introducing a package of health bills he calls “non-partisan” and “commonsensical.” They include a bill to amend state laws to ban smoking 100 feet from the exits or entrances of any public or private educational institution and another that would mandate higher nutritional standards for any food marketed at a child by the inclusion of a toy.

No Smoking Near Schools

This week, the bill that would ban smoking 100 feet from the exits or entrances of any public or private educational institutions made its way out of the state Senate health committee. A vote on the bill could be imminent.

Current state law bans smoking inside and on the grounds of public and private schools, day care and vocational schools, but does not specify a protective area around entrances. The health department would enforce the new law Rivera has proposed; violators would be fined up to $2,000 per violation.

The Assembly’s health committee is expected to review the bill in two weeks. “I can’t imagine anyone would oppose this. This is about smoking near kids. It is a very sensible bill,” said Assemblyman Jeffrey Dinowitz, the bill’s sponsor in the Assembly.

Rivera said he recently took a walk around the Bronx with school kids to take a look at cigarette advertising from their perspective. He said he saw a lot of advertisements in neighborhood delis directed right at their eye-level.

The Partnership for a Smoke-Free City collaborated with Rivera on the legislation and other community efforts.

“He has been a tireless advocate for the health of Bronx youth and all Bronx Residents,” said David Lehmann, the Partnership’s Bronx Borough manager.

Rivera has also introduced legislation that has come to be known as the “Happy Meal Bill,” which would mandate higher nutritional standards for any food marketed at a child when accompanied by a toy.

Assemblyman Felix Ortiz, a fellow Bronx politician sponsoring the bill in his chamber, said he thinks the legislation is important for every community in the state. “This obesity problem does not discriminate against age or ethnicity,” he said. “Corporate America has to have more of a conscience about what it supplies and parents need to be responsible as well.”

With 17 percent of American children now considered obese, both Rivera and Ortiz say the cost of treating the health problems associated with childhood obesity are skyrocketing. Nationally, the annual cost of providing inpatient treatment to obese children increased from $125.9 million in 2001 to $237.6 million in 2005.

The bill, like others being weighed or passed around the country that seek to either ban toys or somehow regulate how food is marketed to children, faces opposition from food companies, including McDonald's.

“The issue is much more complex and we are committed to giving families choices," said Cheryl Forsatz, a spokeswoman for McDonald’s.

If the restaurant fails to meet the standards, they would be forced to remove the incentive item. First time violators would face a fine of between $200 and $500; repeat offenders could face fines up to $1,500.

So far, the only legislator to voice opposition to the bill is state Sen. Ruben Diaz Sr., also of the Bronx.

“If parents want to feed their kids horrible stuff, god bless America, they can do that,” Rivera responded. “But we know kids develop their eating habits early on and they should be given the chance to eat healthy.”

Dinowitz said he attributes the Bronx’s position as the unhealthiest county to a number of factors. “There is the economics, we have certain facilities that are not conducive to health, we have all the highways and waste transit,” he said.

Rivera agrees and said that as much as he is focused on educating Bronx residents about what they can do as he is working to fix things they may not have as much control over.

“We have two tactical strategic goals,” Rivera said. “The first is to start being better educated overall. But we need to make sure we have access to fresh fruits, access to free or low-cost places to exercise, low cost healthcare. We need to minimize pollution that raises our asthma rates.”

Rivera’s staff also worked to identify the farm stands and green markets in his district and sent out a flyer with the locations while inviting constituents to come meet him at certain times to talk about health. He hopes to utilize city funding to bring more green markets and vegetable stands to the district. His office is also working with beverage companies to provide the borough with healthier options, lower calorie drinks and more water.

“It takes all these things happening at the same time,” Rivera said.