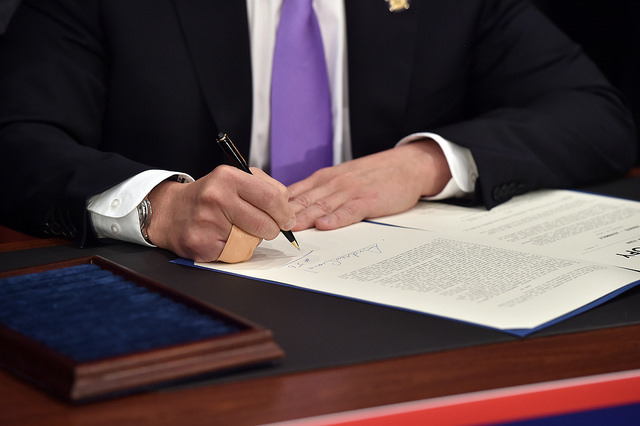 In terms of the state’s nearly $150 billion budget, $1 million isn’t a lot of money. But for reform advocates the $1 million Gov. Andrew Cuomo had committed in his executive budget plan for a commission to prepare for a constitutional convention was both functionally and symbolically crucial to their belief that the governor and the Legislature would actually commit to reforming state government - or at least giving “the people” an opportunity to do so.

The funding was dedicated by the governor for supporting and reforming the process of running a constitutional convention, which voters will have the opportunity to approve on their November 2017 ballots. A convention, government reformers say, would allow voters to consider major changes to the state constitution including things like public financing of election campaigns, term limits for legislators, and redistricting of legislative domains. It was a sign to many eager to see a more ethical, democratic government that Cuomo, a Democrat who many advocates see as having abandoned a number of previous reform efforts, was on board for real change.

However, the funding was nowhere to be found when a budget deal was reached.

“The fact that he can't find $1 million in a $150 billion budget is shocking,” said Bill Samuels, a con-con supporter and head of reform group Effective New York. “Here we go again where [Gov. Cuomo] says one thing and does another just as he bowed out of [the] Moreland [Commission to Fight Public Corruption] and countless other examples, like redistricting reform, where he did one thing and said another.”

Gerald Benjamin, a dean and political scientist at SUNY New Paltz who is involved in a public education campaign surrounding the 2017 constitutional convention vote, disagreed. “The Legislature isn’t off the hook,” Benjamin said in an interview. “This was a hostile act designed to thwart reform. This isn’t about pressuring anyone to act, this is about the public taking an opportunity for the public good.” State of Politics first reported that the $1 million was not included in the state budget after Benjamin notified the outlet.

The Cuomo administration says it is fully committed to supporting a constitutional convention and says the legislative leaders simply weren’t interested.

“We continue to support a constitutional convention and are examining all options and resources available to form and fund a commission,” Cuomo spokesperson Rich Azzopardi told Gotham Gazette.

Scott Reif, spokesperson for the Republican Senate Majority, said that his conference wasn’t satisfied with Cuomo’s proposal. “There were no specifics provided by the Executive about the proposed appropriation,” Reif explained.

Reif’s counterpart for the Democratic Assembly Majority said similarly. “There was no structure around the proposal as to how the money would be used, so as defined in our one-house budget and approved in the final budget we thought a better use of the funding would be for the Women's Suffrage Commemoration Commission,” said Assembly spokesperson Michael Whyland.

The Legislature is capable of calling a constitutional convention at any time, but the Constitution mandates voters get to decide whether to call one every 20 years. The next referendum is scheduled for Nov. 7, 2017. If approved by a majority of voters a convention would be held in April 2019, but first voters would have to select delegates in November 2018.

A major concern for supporters and detractors of a convention is the current selection process for convention delegates, the people who would actually negotiate constitutional changes. In the past, many delegates have been elected officials or people with close connections to them, which raises fears that the process will be stacked in the favor of the establishment instead of voters. A number of fixes to the problem have been floated inside and outside the Legislature, but so far no action has been taken.

Cuomo’s 2016 policy book that accompanied his budget provided the following explanation: “From ethics enforcement to the basic rules governing day-to-day business in Albany, the process of government in New York State is broken. Governor Cuomo believes a constitutional convention offers voters the opportunity to achieve lasting reform in Albany. The Governor will invest $1 million to create an expert, non-partisan commission to develop a blueprint for a convention. The commission will also be authorized to recommend fixes to the current convention delegate selection process, which experts agree is flawed.”

Samuels dismissed the notion that the Legislature was responsible for removing the proposal from the budget. “You can't put [Carl] Heastie and [John] Flanagan on the hook,” said Samuels of the current Assembly Speaker and Majority Leader, respectively. “They have no interest in the whole thing. They think [U.S. Attorney] Preet [Bharara] is done going after the Legislature.”

Benjamin rejected Reif’s assertion that there wasn’t enough “detail” in the governor’s proposal, noting that the state has routinely prepared for constitutional conventions over the past century. “A good reason to do this is because the Legislature is against it,” Benjamin said with a laugh.

Republican Assembly Minority Leader Brian Kolb, a longtime supporter of a constitutional convention, told Gotham Gazette that he feels the onus is on Cuomo to move the process forward. “My guess is the majorities aren’t too wild about a constitutional convention,” said Kolb. “Like a host of other things, if the governor really wants it he can obnoxious until he gets what he wants.” However, Kolb said he could understand the hesitation of the legislature to approve $1 million for a convention voters might reject.

Some groups are loathe to open up the process because they worry it is corrupted - convention delegates tend to be politically connected, including some state legislators themselves - and some groups worry the convention process could lead to a rolling back of good government reforms or environmental or labor protections.

Advocates for the process have been trying to change how delegates are selected to reduce political cronyism. They saw Cuomo’s preparatory commission as assurance that the lead up to a referendum and convention would be open and orderly.

Legislative leaders, on the other hand, have very little interest in a process that would allow the public to vote on reforms that could reduce their grasp on the majority, or otherwise weaken their power.

Samuels said securing the $1 million was on Cuomo and his failure to do so reflects his lack of commitment to truly reforming Albany. “Believe me, this is all on Cuomo,” said Samuels, “This is just another bait and switch. Andrew’s father [former Gov. Mario Cuomo] used an executive order to start a preparatory commission, and I don’t see Andrew doing that. Andrew isn’t following in his father’s footsteps.”

Cuomo administration officials said that in fact they are considering using an executive order as Mario Cuomo did in 1993. The Goldmark Commission received some funding from Rockefeller College and helped plan how a convention would be held and what issues should be put before voters.

Kolb said he supports executive action by the administration to jumpstart the convention process. “He’s formed all kind of commissions through executive order, he just formed one today, so why not for this?” Kolb said, referring to a new panel the governor announced Thursday that will study the state’s business climate. “I didn’t think he should end the Moreland Commission.”

Still, Samuels is distrustful of the administration’s intentions. He said that in 2010, Cuomo aides promised him that if elected governor he would move up a constitutional convention to 2011. “Joe Percoco gave me a memo with all the things Cuomo would do to reform Albany and at the heart of it was a constitutional convention and all sorts of reforms that would be passed,” Samuels said. “He didn’t do any of it and yet he still has the nerve to say he supports it.”

Cuomo administration officials note Cuomo’s 2010 campaign policy book contained a commitment to having a constitutional convention. The issue took up four pages of the 252-page book, which is no longer available on Cuomo’s campaign website.

“In order to achieve lasting reform in many areas, we need to amend our State’s Constitution,” it reads. “Specifically, a Cuomo Administration would work to enact into law important reforms at a constitutional convention including an overhaul of our redistricting process, ethics enforcement, and succession rules, among others.”