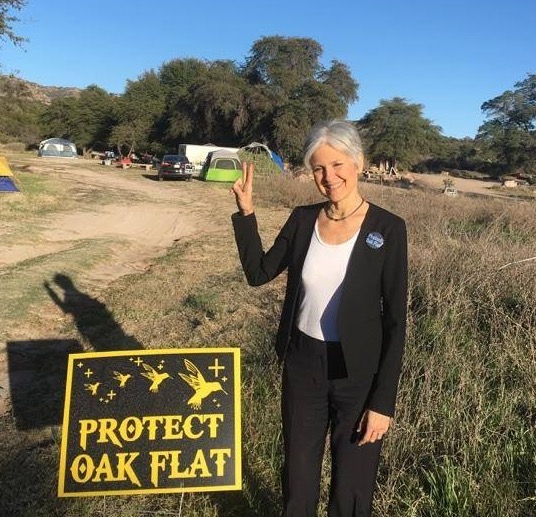 With the Republican and Democratic parties having nominated presidential candidates with record-high unfavorability ratings, this election cycle is turning out to be a choice between a rock and a hard place for many voters. Some, though, are looking elsewhere and still-early polling shows that this November could yield near-record voting for so-called “third party” candidates.

Those who oppose Democratic nominee Hillary Clinton say she’s an untrustworthy, calculating politician with cozy ties to corporate interests and Washington insiders; opponents of Donald Trump, the Republican nominee, see him as a sexist, fear-mongering, racist xenophobe with authoritarian tendencies. Though the United States has a political system dominated by two parties, Clinton and Trump aren’t the only choices, much to the relief of a number of voters. What that number winds up being could determine the election, the next President, and much of the future of the country and the world.

The third-party candidates in the 2016 race for the White House are the Libertarian Party’s nominee Gary Johnson and the Green Party’s candidate Dr. Jill Stein, both of whom ran in 2012 and are now going all out to woo those disaffected voters who believe that neither Clinton nor Trump is a viable choice for President of the United States. While no expert would argue that either Johnson or Stein will be the next President, voters choosing one or the other on November 8 could determine whether the next President is Trump or Clinton.

This year’s presidential election is likely to once again come down to several key swing states, and polls in some of those states, like Ohio and Florida, show a close race between the two leading candidates. (In at least one national poll, Johnson, former governor of New Mexico, polled in double digits, but in other polls both he and Stein were in single digits - a candidate needs to hit an average of 15 percent in five national polls to be invited to a debate.) There is concern for some that one or both of the third-party candidates could be a spoiler for Clinton in a swing state or two and skew the election in Trump’s favor. While the likelihood is minimal, experts say, it not entirely implausible.

A Real Clear Politics poll average has Trump at 41.5 percent in Florida, against Clinton’s 41.3 percent while Johnson takes 4.5 percent and Stein takes 2.5 percent of the vote. In 2012, President Obama beat Mitt Romney by just 74,309 votes or 0.88 percentage points in Florida. In Ohio, Clinton bests Trump by 1.4 points on average thus far; Johnson gets 6.4 percent and Stein gets 3 percent. In 2012, Obama won by 2.98 points in the state. In New Hampshire, a four-way contest has Clinton and Trump tied at 37 percent according to a WMUR Granite State poll; with Johnson at 10 percent and Stein at 5 percent. Obama won the state in 2012 with 52 percent of the vote, against Romney’s 46.4 percent.

Both Stein and Johnson have been encouraged by the high unfavorable ratings of Clinton and Trump. A Gallup poll conducted July 18-25 found that Clinton and Trump had equal favorability marks: 37% favorable and 58% unfavorable. Some believe the 2016 dynamics could create a situation similar to the 2000 presidential election, when famous third-party candidate Ralph Nader took votes away from Al Gore in Florida, the state which gave George W. Bush the presidency with a razor thin margin.

Nader addressed those concerns in a recent interview with the New York Daily News, insisting that a third-party candidate shouldn’t unjustly be termed a “spoiler” and laying the blame instead on the media, the voters, and the candidates themselves. A Florida-like situation is exactly what former New York City Mayor Michael Bloomberg said he was trying to avoid when he abandoned plans of running for president as an independent earlier this year. He didn’t want to run the risk of helping elect Trump, he said, something he affirmed by speaking at the Democratic National Convention in favor of Hillary Clinton and calling upon independents to vote for her.

Gallup polling shows that 42 percent of registered voters identify as independents. While at this juncture in the election cycle about one-third of independents may say they favor a ‘third-party’ candidate, support for such candidates tends to drop as the general election gets closer. (The latest Real Clear Politics polling data averages put Johnson at 7 percent and Stein at 3.2 percent.)

“One primary struggle in a year like this,” said John Hudak, senior fellow in governance studies at the Brookings Institution, “is not that voters are in love with third-party candidates. They’ve fallen out of love with the major party candidates.” Hudak contrasted Ross Perot’s insurgent candidacy in 1992, when he ran as an independent. “Perot did quite well because people liked his message. He was inspiring people. Stein and Johnson are not providing any inspiration for voters.”

Hudak doesn’t expect that the third-party candidates will have a significant influence and that people disillusioned with Clinton and Trump will more likely stay home on Election Day than vote for Stein or Johnson. Even in swing states he said the effects of a third-party candidate would be difficult to attribute and would likely have minimal impact on the outcome.

No one discounts, however, the strong possibility that third-party candidates will get a higher vote share this year than past elections. Stein appeals to Democratic voters, particularly former Bernie Sanders supporters who felt betrayed when the Vermont senator dropped out of the race and endorsed Clinton. Last week, outside the Democratic National Convention, she made attempts to win over ‘Bernie or Bust’ protesters who had walked out of the main arena. She has proposed a “Green New Deal,” a platform that skews closely to Sanders’. It includes single-payer health care, forgiving student loan debt, transitioning away from fossil fuels to renewable and sustainable energy, breaking up the big banks, and fighting income inequality, to name a few main planks. Stein has also built some name recognition. She ran in 2012 and received about 469,000 votes, which she’s hoping to build on this year. There were a few more than 129 million votes cast that year. 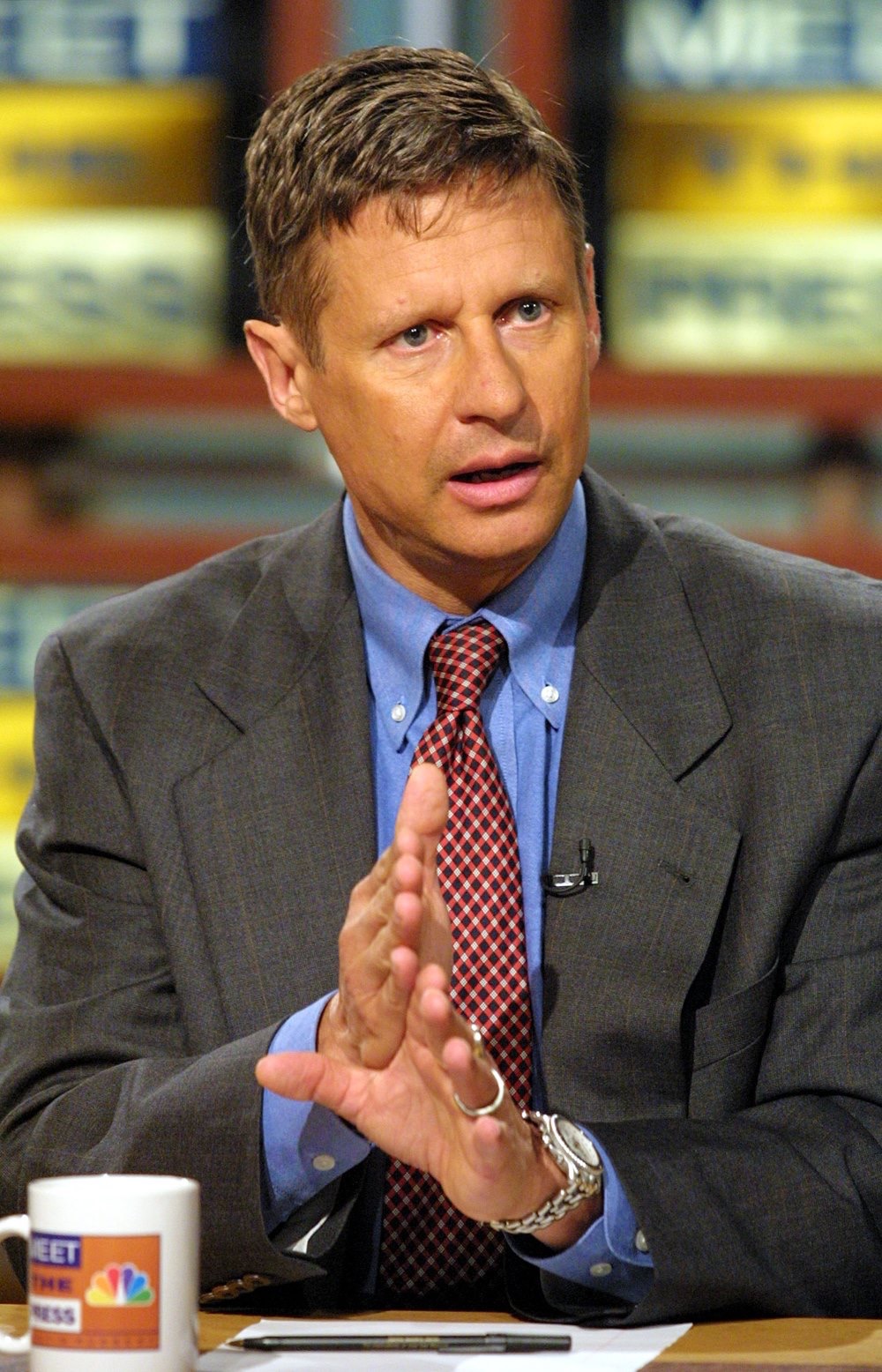 Although Libertarian Gary Johnson (pictured) has been seen as more of a threat to Trump, on social issues his policies correlate closely with Sanders, again perhaps offering a home for voters supportive of Sanders but not attracted to Clinton. Johnson, who also visited Philadelphia during the DNC, favors legalizing marijuana, is pro-choice on abortion, and supports marriage equality. In a recent interview with Politico’s Glenn Thrush, Johnson said of Sanders, “On the social side, we’re simpatico.” Johnson has also received more media attention than Stein and has a record as former (Republican) governor of New Mexico. When he ran for president in 2012, he received about 1.28 million votes.

Johnson’s other policies are far flung for Democrats. As a Libertarian, he wants smaller government that has a minimal role in people’s lives, not just on social issues like marriage and abortion. He wants to get rid of the entire tax code and institute a consumption tax nationwide. He wants to cut the Department of Education.

Nicholas Sarwark, chair of the Libertarian National Committee, told Gotham Gazette that Johnson is an easy choice for voters as the “honest guy” running against a “bigot” (Trump) and a “liar” (Clinton) who are historically unpopular. He’s not concerned that Johnson could pull votes from Clinton and hand Trump swing states. Although if that should happen, he said it falls at the feet of the voters and not the third-party candidate. “You’re supposed to vote for who is best for the office,” he said. “Not who you hate more or less.”

Part of the struggle for both Johnson and Stein, neither of whom was made available for an interview for this article, will be getting on the debate stage, which is crucial for third-party candidates to build name recognition and get media attention. The Commission on Presidential Debates, however, only allows candidates polling 15 percent in national polls to participate in the debates. So far, Johnson seems more likely to hit the mark. “They’re going to have a very hard time getting sufficient attention to register with voters,” said Micah Sifry, executive director of Civic Hall and an expert on third-party candidacies, in a phone interview.

Sifry doesn’t think the election will be as close as the 2000 race and doesn’t see a high likelihood that a third-party candidate could give the election to either Trump or Clinton. At best, he said, Stein and Johnson will split 6 percent of the vote between them. He does see Johnson receiving votes from disaffected Republicans and from the 10 percent of Sanders supporters who “were probably never Democrats in the first place.” He also said Stein could do better in strong “blue” states, which are overwhelmingly Democratic and “where people feel it’s a safe protest vote.”

Gene Healy, vice president of the Cato Institute, echoed Sifry’s views on the debates. “The name recognition on the national stage that access to the debates provides can be transformative,” he said, pointing out that Ross Perot in 1992 had only 7 percent of the vote in the polls before the debates and jumped to nearly 19 percent. Perot was added to the debate roster because George H.W. Bush’s campaign insisted on it, which Healy said was in hopes of tilting votes in Bush’s favor. “It can really rocket a former unknown into contender territory,” Healy said.

Healy said it was “certainly plausible” that third-party candidates could affect swing states since Trump and Clinton, “are the most widely reviled major party candidates in the history of polling.”

Should Johnson and Stein make themselves better known between now and November, they may at least drive voter turnout and encourage alternative discussion of issues on the campaign trail. “That’s part of a healthy phenomenon,” said Sifry. “You want people to have more choices. You want the major parties to fight for their votes. They shouldn’t take people for granted.”