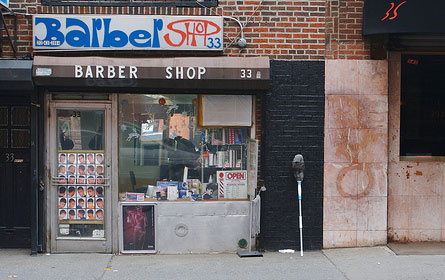 Holidays were the topic of conversation at the City Council yesterday when the body approved a three-month penalty forgiveness period for environmental fines as well as a resolution that urges the city schools to give students two Muslim holidays off.

The penalty holiday would give small businesses and individuals a three-month period after Labor Day to pay their Environmental Control Board fines minus the interest and default judgments they have accrued. Fines would only be eligible if they were issued before June, council officials said.

An attempt to provide a temporary break to small businesses in a gloomy economy, the council's penalty forgiveness legislation (Intro 1041) would assist the city's businesses, which have racked up a total of $200 million in outstanding, unpaid fines at the Environmental Control Board.

On top of the $200 million in fines, which are quality of life violations, an additional $518 million in interest and penalties has accrued, said council officials. The city could end up forfeiting that revenue for the three-month period, if all outstanding violations are paid.

Council Speaker Christine Quinn said the city expects about 5 percent of the outstanding fees to be paid because of the one-time holiday.

First announced in Quinn's state of the city address earlier this year, the fine forgiveness holiday hopes to provide the city's small businesses with some much needed relief from the nation's recession.

Businesses would only be eligible for the interest and default waiver if they have corrected the violation.

In addition to the penalty holiday, the council also approved legislation (Intro 1022) to form a task force that will review the city’s small business regulations to eradicate redundancies. The task force will include members of the administration and the council.

Quinn said the task force would report back to the council by the end of the year with recommendations. It would review outdated or unnecessary rules that hamper small business in the city, such as a ban on small businesses having anything other than their name and phone number on awnings.

Crowding the council chamber's balcony, scores of Muslim New Yorkers turned out to watch the City Council approve a resolution to include two holidays, Eid Ul-Fitr and Eid Ul-Adha, in its school calendar. The resolution has no force of law, and the Bloomberg administration has said it opposes including the holidays because the city's school system cannot celebrate every holiday.

The resolution (Reso 1281) was approved by a voice vote, with Councilmember Oliver Koppell dissenting.

"As a Muslim myself I know what it's like to have to choose between school and faith," said Councilmember Robert Jackson, the council's only Muslim member. "No parent should have to make that choice for their children."

The resolution's approval was met with applause from the Muslim attendees. Though it is unlikely the administration will adopt the policy, Quinn said this was the first step in urging the city to give the students off.

Eid Ul-Fitr is the last day of Ramadan, while Eid Ul-Adha celebrates the sacrifice of Ishmael by Ibrahim, showing his obedience to God.

A plan a decade in the making, Fordham University's expansion was approved unanimously by the City Council. It will stretch the campus around Lincoln Center and provide several new buildings for the Jesuit university, including at the law school, graduate school of social services and the business school.

The plan was controversial for Upper West Side residents and was voted down by the community board earlier this year. After that, the university, Councilmember Gale Brewer, who represents the area, and community members were able to draw up a compromise that makes the university's campus more accessible to the neighborhood.

The expansion will be done in two phases. The first, which will include dormitory growth and public open space, is scheduled for completion in 2014. The second phase will not be done until 2032.

The new buildings, said Brewer, will all be green, and the commercial portions of the development will be rented to small, independent owners and not large retail chains.