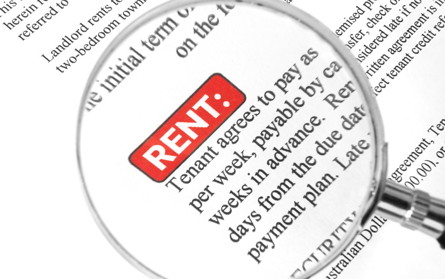 NEW YORK â€“ Judith Patel, a disabled senior who was homeless for years until she got her apartment in 2009, is going to housing court this week for the third time in as many months. If she loses her case, she could be evicted.

Patel is one of thousands of New Yorkers â€“ including hundreds who are disabled â€“ struggling to pay bills and stay in their homes since a key rent subsidy, known as the Advantage program, was defunded last year. The program also provided help specifically for disabled New Yorkers like Patel through Fixed Income Advantage.

Patel said that without any kind of rent subsidy, she would be unable to continue paying for her Bronx apartment.

The City Council’s general welfare committee plans to hold a meeting on June 6 to discuss how to help people who were once on the Advantage program. The state Court of Appeals is also expected to hear a lawsuit this week that would force the city to continue paying the subsidy.

But advocates for the homeless and people with disabilities fear the courts and city officials won’t act in time to prevent Patel and others like her from being evicted and finding themselves back in homeless shelters or on the streets.

“We have no idea when the court will make its decision,” said Pat Bath, a spokeswoman for the Legal Aid Society, which brought the lawsuit against the city.

Patel, who has diabetes and hypertension, became homeless in 2007. With an avalanche of medical bills compounded by a lack of health insurance, she couldn’t make ends meet. During a stay at a homeless shelter, she developed numbness and pain in her feet and was diagnosed with neuropathy.

One of the places she lived before moving into her apartment was the Valley Lodge shelter on the Upper West Side, one of two homeless shelters in the city for people with disabilities.

Since the rent subsidy was cut, the shelter has been working with the recently formed Coalition to Save the Fixed Income Advantage to lobby the state and city to develop a new subsidy.

Karen Jorgensen, the shelter’s director, said she worries some previous residents of Valley Lodge who, like Patel, moved out with the help of the now defunct Advantage subsidy, will be forced to return to the shelter.

“We never thought that they would be left dangling,” she said.

The Advantage program was started in 2007 as a rent subsidy funded jointly by the city and state. New Yorkers could apply for the fixed income version of the program if they also received Supplemental Security Income, a federal fixed income program for people unable to work because of their age or disabilities. The two-year subsidy paid 40 percent of a recipient’s rent in the first year of the program, and 30 percent in the second year.

The state defunded its share of the Advantage program last year â€“ including the fixed income version â€“ when Governor Andrew Cuomo decided not to include funding for the program in his annual executive budget, citing the need for the state to tighten its budget.

The governor’s press office didn’t return several requests for comment for this story.

But Cuomo spokesman Josh Vlasto released a statement when the cuts were made public last year, defending the state’s position. “New York City has the funds to support the continuation of this program if it so chooses,” he said.

But when the state withdrew the funding, the city announced it would discontinue the Advantage program subsidy immediately, saying it did not have the money to continue it on its own. The city estimated the program would cost $140 million a year; the state disputed that, saying it would cost $103 million.

Since the end of the Advantage program, the city’s Department of Homeless Services has been emphasizing a “work-first” approach focused on helping families who are homeless find employment. Asked about programs that might aid people like Patel, DHS said it offered many eviction prevention options.

“We must reject the misconception that a rental subsidy is the only ticket out of shelters,” Department of Homeless Services Commissioner Seth Diamond said at a recent conference on homelessness in the city. “Most families can work and want to work.”

This focus on families and employment means that, in order to be eligible for many of the city’s eviction prevention programs, a person has to be working, have children under the age of 18 or have some means to pay rent in the future. Many of the disabled New Yorkers who were on the Fixed Income Advantage program don’t qualify for these programs and have nowhere to turn to for help.

A month after the city stopped paying the Fixed Income Advantage subsidy, Patel was in housing court facing eviction proceedings along with several other tenants in her building who receive the same benefits. Her leasing agent has twice adjourned their case to give the tenants time to resolve the situation out of court. But since Patel and her fellow tenants had nowhere to go for help, they found themselves back in housing court this week confronted with another round of eviction proceedings.

Advocates described the situation for the city's disabled as dire. “We are in the face of a catastrophic housing crisis for the disabled,” said Susan Dooha, the executive director of the Center for Independence of the Disabled, New York, one of the groups behind the Coalition to Save the Fixed Income Advantage.

“As age increases, the prevalence of disabilities go up as well,” Dooha said.

But the city receives federal and state funds for homeless shelters. The city would have to pay any rent subsidies on its own, since the state changed its executive budget last year to prohibit any future rent subsidies to residents of New York City.

The Coalition to Save the Fixed Income Advantage has been lobbying since the state defunded the program last year to get a rent subsidy to replace it, but it is unlikely that any subsidy will be made available in time to help those disabled New Yorkers like Patel who are already in housing court.

The Department of Homeless Services could use some of the funding that it receives from the City Council to provide a short-term subsidy for disabled New Yorkers facing imminent eviction, said Eduardo Sanchez, a social worker at the Valley Lodge shelter who is involved with the coalition’s lobbying efforts.

But he said the city is unlikely to support any short-term subsidies without state aid.

“The sad reality is that with the end of the Advantage program, a great number of formerly homeless individuals are in dire straits,” Councilwoman Annabel Palma, who chairs the general welfare committee, said in a statement. “Those individuals on a fixed income will be in a particularly difficult position with few, if any, options to fill the void left by the elimination of the voucher payments.”

The Council is in negotiations with the mayor’s office about ways to keep people out of shelters, said Council spokeswoman Robin Levine. She would not comment on any specific proposals being discussed.

Meanwhile, many who had come to depend on the Fixed Income Advantage program are waiting for help that may never come.

“It’s really not fair. We have no other programs or alternatives,” said Sharon Franklin, 55, another formerly homeless disabled New Yorker who got off the streets with the help of the Advantage subsidy. “We’re all about to get thrown out.”

Like Patel, Franklin has also been in housing court since she lost the subsidy. She has until June 23 to pay her rent arrears or she will be evicted. She is hoping to receive a grant from the city’s Human Resources Administration by then to pay her back rent. But she is afraid that if she doesn’t get the grant she will have to go back to a homeless shelter.

“I feel like I’m reliving my past. It’s bringing up a lot of bad memories,” Franklin said.