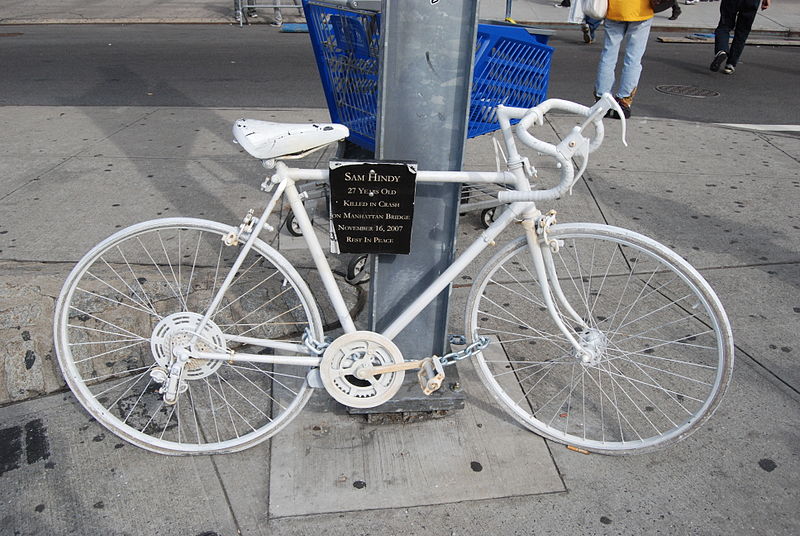 ALBANY, N.Y. — Almost as many people will die in New York City each year in traffic accidents as are murdered. The city’s own stats show that traffic deaths involving pedestrians, bicyclists and drivers went up 23 percent from June 2011 to July 2012 — 236 to 291 — and yet it remains a struggle for the city to set policy to deter the unsafe behavior that can contribute to these fatalities.

What stops the city from enacting measures to stop traffic carnage? In one word: Albany.

For decades the city has had to defer to Albany to address key policies from the way rent control is set to speed limits. The state Constitution grants a degree of self-governance — known as home rule — to the city and all municipalities across the state. But, often, city lawmakers have had to press the state Legislature to grant home rule on a raft of policy issues.

Mayor Michael Bloomberg, for instance, got home rule to take over the city’s education system. Yet, for every territory of policy that city lawmakers are able to grab back from the state, there is still plenty that advocates and officials say remains outside of city control.

With a new mayor entering office in January, a number of advocacy organizations are calling for home rule to set long-gestating policies that affect everything from how elections are run in the city to affordable housing.

Advocates believe that Mayor-elect Bill de Blasio will use his political skills and connections to be more aggressive in pressing Albany for home rule. Nowhere, though, is the fight for home rule as clear and evolved as the one for increased street safety.

The importance of reducing traffic fatalities was further emphasized during the announcement of Bill Bratton as the next police commissioner.

"It is ironic that even as the death totals have declined dramatically with violent crime in this city, this year the number of people killed on our streets — pedestrian and traffic — will almost equal the homicide total," Bratton said last week.

De Blasio has already sent a strong message to transportation advocates that he plans to deal with traffic fatalities with his “Vision Zero” strategy for reducing fatalities. Key to that strategy is getting home rule.

In his campaign’s transportation plan, de Blasio said he would “stop waiting on Albany and fight for home rule” so the city can “install red light cameras and speed enforcement cameras around hundreds of schools and senior centers.” He also promised to “establish more 20 mph zones in residential neighborhoods, so kids and seniors can walk their streets safely.“

The city has long battled the state for control of its own destiny — and by long we are talking Teddy Roosevelt-long. “Teddy Roosevelt was the first Assemblyman to a get home rule bill passed,” said State Sen. Brad Hoylman of Manhattan. That was in the 1880s. The current home rule policy was adopted in 1963.

{pullquote}”All the cities we compare ourselves to around the world rely on automated enforcement,” said one advocate for speed cameras.{/pullquote}

Gerald Benjamin, professor of political science at SUNY-New Paltz and an expert on the state Constitution, said the battle between city and state for control has been going on “forever.” In the late 19th century, he said, the two levels of government battled over the creation of police and park districts in an attempt to woo voters and control patronage. The battles continue to this day in other forms, but the state has the legal advantage whenever issues come before the courts.

Council Speaker Christine Quinn announced that Councilman David Greenfield of Brooklyn would be introducing a bill to reduce the city speed limit to 20 mph and that the city’s legislative branch would push to pass the bill by the end of the year. But problems quickly arose. The city Department of Transportation told the Council that reducing the speed limit would conflict with state law.

The battle to reduce speed limits will now go to Albany where advocates also want to expand on a pilot program for speed cameras that was approved late in the session this year.

After a decade of fighting with Albany, state lawmakers finally approved a simple pilot program for automated traffic enforcement cameras back in June.

Upstate legislators were major impediments to the passage of the home rule message — which would allow the city to install the cameras — due to concerns over civil liberties and the concerns of the law enforcement lobby.

Transportation Alternatives has issued study after study showing that most drivers don’t obey the city’s 30 mph speed limit and that it has lead to a rising number of fatal crashes. The studies also show that pedestrians have an 80 percent chance of surviving if they are hit by a car traveling at 30 mph as opposed to a 98 percent chance of survival if the car is traveling at 20 mph.

The pilot program established a five-year program that allows for the installation of 20 speed cameras around schools in the city. Drivers that violate the speed limit are fined $50.

”All the cities we compare ourselves to around the world rely on automated enforcement,” said Juan Martinez of Transportation Alternatives. “So we know it is effective. I’m glad we have cameras at 20 schools but there is no need to test it. This technology has been working for decades in DC, Portland, and Boulder. A rapid expansion of this program is going to be necessary to save lives.”

Last session it was hard to get a straight answer out of legislators who controlled the fate of traffic cameras about whether it would come to a vote. Sen. Marty Golden of Brooklyn was thought to be very influential in the Republican caucus and be key to the bill's fate. Golden dodged the Gazette’s questions about the bill a number of times but as session came to an end advocates say Golden changed his mind and decided to back the test program.

During the episode, Mayor Michael Bloomberg tore into legislators for failing to act on the measure — and recommended reporters give the phone numbers of legislators who didn’t back the pilot program to the public.

“Maybe you want to give those phone numbers to the parents of the child when a child is killed,” Bloomberg said to reporters. “It would be useful so that the parents can know exactly who’s to blame.”

Opponents in the Legislature have questioned the effectiveness of the cameras, some are concerned about civil liberties aspects of using cameras and The Patrolmen’s Benevolent Association — the union that represents many police officers — lobbied against their implementation saying that more money should be spent on hiring police for traffic enforcement.

Hoylman, a supporter of the speed camera pilot program, says he thinks a push from de Blasio could help change minds in Albany and give the city the discretion over transportation policy.

“The mayor will be approaching this issue from a progressive democratic place. He is concerned about civil liberties and how this data will be used so it could help change minds,” said Hoylman. He said that “to the extent de Blasio makes this a priority it will be extremely helpful.”

Benjamin said that whether the state Legislature ultimately supports home rule messages at de Blasio’s request comes down to politics. “It depends on their predisposition to support de Blasio, based on his power, his popularity and the policy he supports,” he said.