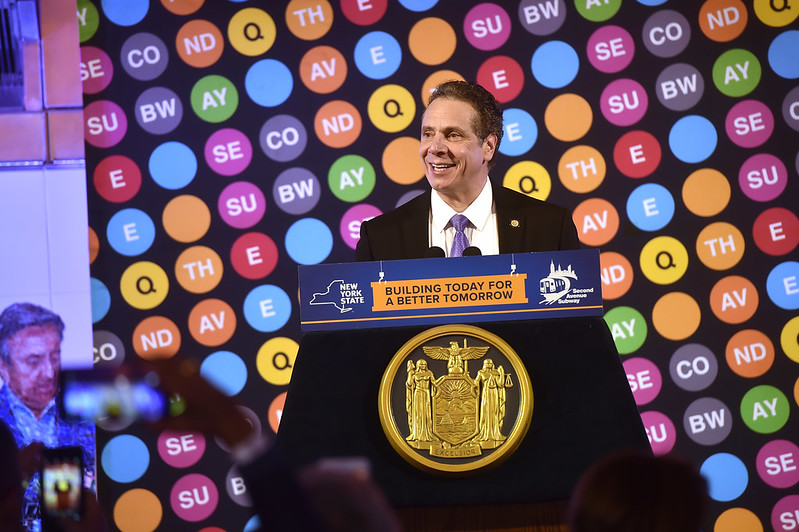 This budget year for New York State is like no other due to the COVID-19 pandemic, but one thing remains business as usual in Albany: The Governor is once again filling state budget holes with funds that are supposed to be dedicated to supporting mass transit and fighting climate change—hitting disadvantaged communities especially hard.

Governor Cuomo intends to take $240 million in dedicated taxes from the Metropolitan Transportation Authority (MTA), and $23 million from the Regional Greenhouse Gas Initiative (RGGI). Fortunately, the State Legislature has the opportunity to reject these raids in their budget resolutions, and in the final adopted budget due April 1.

The MTA has long been a piggy bank for the state. Governor Cuomo and his predecessors have raided hundreds of millions of dollars from dedicated funds that are intended to be used by transit agencies to effectively and safely run bus, subway, and commuter rail services for the public.

Raids of dedicated transit funds are a highly regressive backdoor tax which disproportionately harms low-income riders and essential workers. The Governor’s raids also come at a time when the MTA seeks to make riders pay more for less service. The MTA has temporarily postponed fare hikes, but hikes will come sooner if the state takes $240 million in transit funding.

The MTA’s budget has been hit much harder than the state’s by COVID-19. Ridership is still hovering at only 30% of what it was before the pandemic ravaged its finances. In good times, fares and tolls brought in nearly 40% of the MTA’s budget. Fortunately, federal funding helped fill some of its massive budget gaps. The bad news, however, is that the Governor has made this aid less meaningful by taking hundreds of millions away from the MTA when the authority and its customers needed that money the most. The MTA is still asking Congress for $8 billion to close its budget gaps through 2024, but the likely receipt of federal dollars is not in any way an excuse for the state to divert dedicated funds to its general fund.

Raiding dedicated funds breaks trust with the public, who pay these taxes with the understanding that they will fund specific programs and agencies — not other state purposes.

Mass transit funds, like RGGI, are crucial for the state to meet its climate goals.

The RGGI program has brought over $1.4 billion to New York by charging polluters for the emissions they produce. In turn, these funds are used to support projects that help communities fight climate change, reduce air pollution, and create good green jobs. Or at least that is the way it is supposed to work. Unfortunately, throughout the life of the program, almost 15% of the total amount raised has been swept away to plug budget holes elsewhere. This year is no different, with the Governor’s budget again skimming $23 million into the general fund and away from their intended use—that’s 16% of the overall RGGI budget for the year missing on day one.

The RGGI raid is even more egregious this year as these clean energy funds have taken on greater importance under New York’s new climate law, which now requires that at least 35% be invested in communities on the frontlines of climate change to help them transition away from fossil fuels. Sweeping $23 million of RGGI funds means that disadvantaged communities will be deprived of millions of dollars that are supposed to be there to improve their environment and create jobs. We cannot continue to shortchange the fight against climate change and communities cannot afford to lose millions more this year.

The Legislature can finally put a stop to these budget games. The first opportunity is to stand against MTA and RGGI raids by rejecting them in their one-house budget resolutions, which typically come out in mid-March. They must also stand firm and make sure these funds aren’t on the chopping block during budget negotiations. Our state’s future is worth the fight, and this is a good opportunity for the Legislature to flex their supermajority muscles.

***
Rachael Fauss is Senior Research Analyst at Reinvent Albany and Conor Bambrick is Director of Climate Policy at Environmental Advocates NY. On Twitter @RachaelFauss of @ReinventAlbany and @conorbambrick of @greenwatchdogNY.