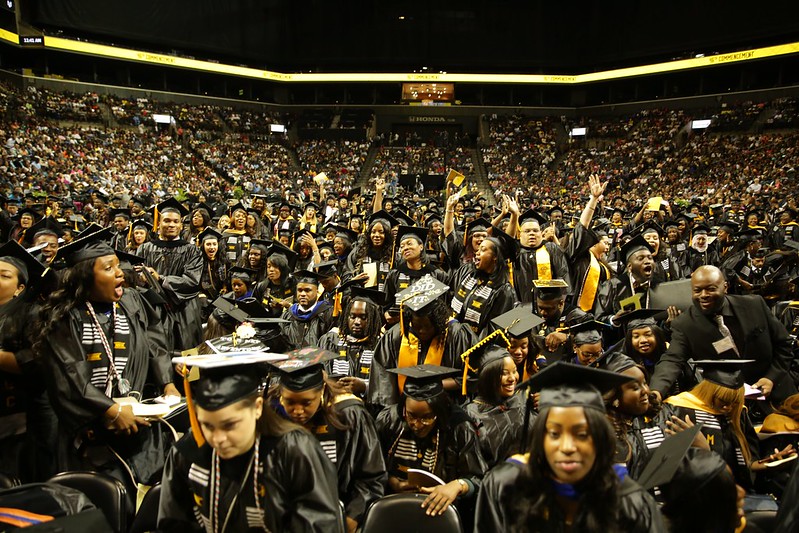 I pay my City University of New York (CUNY) tuition out of pocket, and as a result, and it has not been easy to stay afloat and earn my bachelor’s degree at the New York City College of Technology.

But if I had attended what is now called CUNY anytime between 1847 and 1975, I wouldn’t have paid a dime, and I wouldn’t be in debt.

There is currently a national conversation about the feasibility and desirability of moving to a model of free public higher education. As a New Yorker, born and raised in Brooklyn, I am well aware that free college is, in fact, viable — we did it here for more than 125 years.

What is now CUNY was founded as the Free Academy in 1847, and soon became the City College that we know today, now one of 25 distinct CUNY schools, including Hunter College, Queens College, and the newest, the School of Labor and Urban Studies.

The first president of the Free Academy, Dr. Horace Webster said, "The experiment is to be tried, whether the children of the people, the children of the whole people, can be educated; and whether an institution of the highest grade, can be successfully controlled by the popular will, not by the privileged few." For more than a century, the experiment proceeded with relative success.

But in 1975, something changed. It is the story that we seek to rewrite this year — by raising taxes on the wealthy and passing a New Deal for CUNY.

In the 1960s, the Civil Rights and Black Power movements swept across American society. In the South, activists fought over white supremacy, smashing segregation in interstate busing, at lunch counters, and in schools. Black workers fought for dignified working conditions — indeed Martin Luther King, Jr. delivered the last speech before he was assassinated to a group of striking sanitation workers in Memphis, Tennessee.

In the North, where overt segregation was illegal, the struggle took different forms. Here in New York, Black and brown students fought for “open admissions” at CUNY. Students at City College occupied the campus fighting for equity and equality. City College was in fact 97% white at the time even though it was in Harlem. As New York City had become more diverse ethnically and racially, CUNY had not. Its four-year colleges remained overwhelmingly white. People of color fought to be admitted to CUNY if they successfully completed their high school degrees — and in 1969, they won.

That year, CUNY took a huge step toward the mission of educating “the children of the whole people,” not just the city’s white people. And that window, which stayed open from 1969 to 1975, is the model for the CUNY we want to see today: embracing students of color and not just white students, well-funded by the state and the city, and, of course, free.

But as the New York population continued to expand and diversify, elected officials were reluctant to raise taxes to fund the increased need for services. A free and well-funded CUNY had worked for white New Yorkers for more than a century, but all of a sudden, the cost of providing the very same education to Black and brown students was too great.

Absent increased tax revenue, the City turned to the banks to finance its ongoing operations. This of course only kicked the can down the road, and eventually the city had to pay the piper — the 1975 fiscal crisis arrived.

The City wound up in negotiations with Washington D.C., seeking a bailout. Federal bureaucrats demanded, among other things, to see CUNY start charging tuition. Pitifully, it wasn’t even about the savings, they wanted New York to make a show of breaking social democracy, of ending benefits they saw as too good for the working class.

But the original sin, the thing that broke the CUNY experiment, happened in New York and not Washington. The original sin was the failure to raise taxes to fund the very same services that had been good enough for white New Yorkers for more than a century. Federal officials never should have made it to the table.

Meanwhile, the Invest in Our New York coalition is organizing to support six bills that would raise approximately $50 billion in tax revenue, even to fund CUNY and other essential ser vices and programs. If this sounds like a lot, it is only because we’ve just survived 46 years of racist austerity.

It is not just CUNY that has been underfunded.

The subway, once cheap and well-maintained, has been hammered by the same racist austerity that has threatened the CUNY mission. All the things that were good enough for the white working class, became too good for the diverse working class that emerged in New York in the second half of the 20th century.

Enough is enough. CUNY was free for more than a century, and it can be free again. Let’s get it done in this year’s state budget, due by April 1.