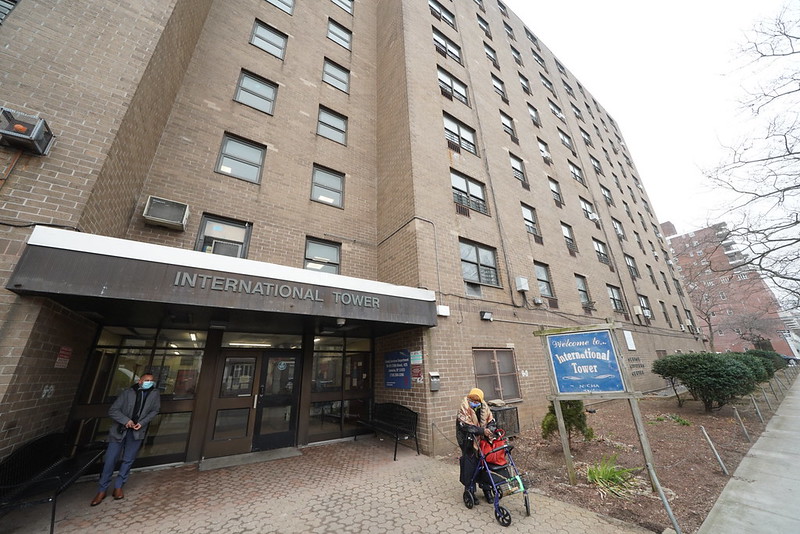 I was born in The Bronx and lived there for most of my life until I lost my housing and became homeless over five years ago. I've missed my home -- The Bronx is where I grew up and where I graduated from high school. My roots and my community are there but like most shelter residents, I was sent to facilities in parts of the city that I was totally unfamiliar with.

Across New York State, 92,000 people are homeless. For a decade, Governor Cuomo has ignored people living in shelters. He’s disparaged people living on the streets. Now the New York State Legislature has the opportunity to undo some of the governor’s harms against us by funding the Housing Access Voucher Program (HAVP) and the Housing Our Neighbors with Dignity Act (HONDA) in the new state budget that is due by Thursday, April 1.

HAVP is a statewide Section-8 style housing subsidy to help us pay for housing. HONDA is a program to convert financially distressed hotels and commercial spaces to permanent housing for homeless and low-income New Yorkers.

I have come to learn that homelessness is a multibillion-dollar business. It’s the only business I know of where the customer is always wrong. When I first entered the shelter system, I never thought that I would be stuck here for so long. I never imagined I would live through a global pandemic at first in a congregate shelter with 19 other men and then in a shared hotel room where I still could not shelter in place safely.

We are demonized, dehumanized, and demoralized. Every day our bags are rifled through as we re-enter the shelter. We’re controlled by everchanging draconian and arbitrary rules. At times we aren’t allowed to bring our own cleaning supplies in. Despite having a microwave inside our rooms, we aren't allowed to prepare certain meals. Sometimes we can’t bring condiments as basic as salt and onion powder inside the shelter. And even though the shelter only supplies a small bar of soap and toilet paper every other day, some toiletries have been taken from residents.

I’m exhausted and so are the other men that live in the shelter with me. My life feels like it's at a standstill until I can find my own permanent home and regain my autonomy.

Right now too few resources exist to help homeless New Yorkers escape homelessness.The City’s housing voucher doesn't work because the amount it pays is too low to meet average rents in New York City. I can’t tell you how many times I’ve stood inside the train station to connect to wifi because our shelter doesn’t have it, and to apply for any apartment that was available through the city’s affordable housing lottery.

That’s why I’m fighting for HAVP and HONDA. It finally feels like there’s some hope this year and that our leaders are listening to us. After years of inaction by our state, the State Senate took a meaningful step to help homeless New Yorkers by including funding for HAVP and HONDA in their one-house budget proposal. And Assembly Speaker Carl Heastie assured us last week that he’ll fight for HAVP and funding to convert distressed hotels to housing. Now Speaker Heastie and Senate Majority Leader Stewart-Cousins must stand up to Governor Cuomo, who has long stood in the way of housing for homeless people.

I want our government to invest in New York and in solving our homelessness crisis. Even though I miss The Bronx, I’m willing to move anywhere as long as I can get my own affordable apartment and autonomy back. I look forward to doing regular things like cooking and cleaning for myself, learning to cook my favorite Puerto Rican meals, and of course finally getting some restful sleep. I want to take care of my health and get the hip and knee surgery that I’ve long put off because I know I wouldn’t be able to recuperate fully if I was in a shelter.

Our gover nor has shown himself to be abusive and a bully. And his record on homelessness shows how little he cares about vulnerable people. Homeless New Yorkers are depending on Speaker Heastie and Majority Leader Stewart-Cousins to put our state on track to end homelessness this year.

***
Milton Perez is a leader of VOCAL-NY and a member of the Housing Justice for All campaign. On Twitter @VOCALNewYork.