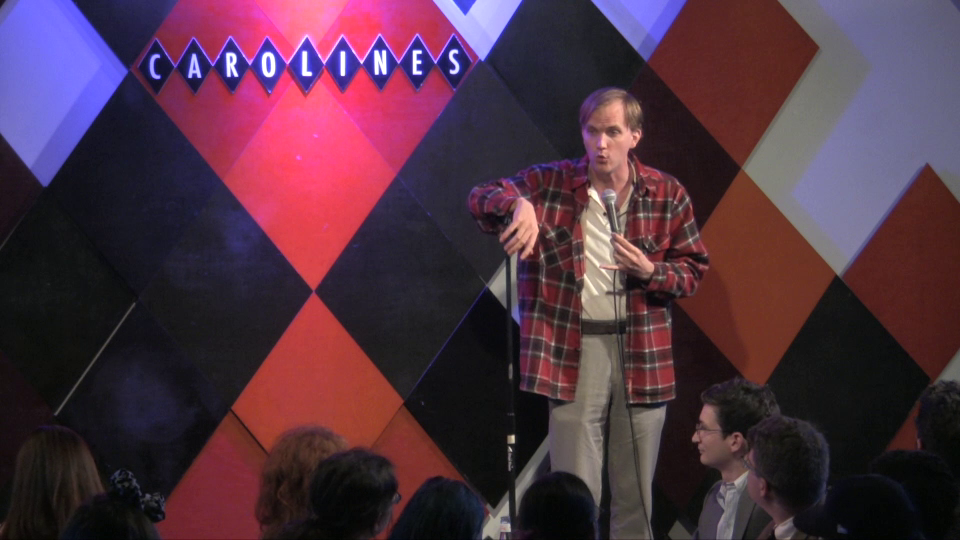 John Field, the author, in action

The performance arts in New York City are in crisis. With COVID-19, Broadway and Off Broadway stages have been dark for an entire year, many important venues of all types have closed their doors forever, and only just now have comedy clubs opened back up their doors. But, as a stand-up comedian for nine years, I would argue that a crisis in our performing arts existed before covid and, unless drastic changes are made, it will exist long after the threat of covid is over.

As a stand-up, the biggest challenges of my career are never about what happens on stage, but everything that happens off-stage. It's very common for performers to have antagonistic relationships with venue owners and institutional players. Sexual and psychological abuse is rampant, and comedians will often find themselves in situations where they share green rooms with outed predators. White supremacy and racism is prevalent as well. I've personally found myself doxxed, threatened, and blackballed for calling out a venue's association with white supremacist groups.

Additionally, comedy clubs couldn't exist without comedians, and yet the pay rate for a city gig has been stagnant since the early 2000s. Comedians often find themselves doing stage time that is either unpaid, done in exchange for additional labor, or in some cases we're compelled to pay clubs for a coveted five-minute spot. Unpaid work is endemic throughout all of the performance arts; recently the influential theater The Flea dissolved its keystone program after their unpaid interns unionized in reaction to accusations of racism among the theater's management.

Not paying performers is racist and classist; it means only those who are financially independent can have the free time and resources necessary to build a career in the arts. There are many contributing factors that have brought us to this point, but I also think it's time we consider that the lack of protections performers have is, in part, a public policy failure.

Our city benefits from performers. People visit New York City to see comedy, Broadway, and jazz. Watch a New York City tourism ad and a stage is as likely to appear as a shot of Wall Street. Being a hub of performance leads to major cultural power in the world; what happens on our stages proves to be the first draft of what ends up on America's TV and movie screens; Comedy Central's hit Broad City started as a stage show on UCB's East Village stage, for example.

So far this year, much of the cultural recovery policy on federal, state, and city levels has been based on giving deference to venue owners and other institutional players, not performers. Senate Majority Leader Chuck Schumer’s important “Save Our Stages” campaign managed to bring $10 billion in crucial funding for our country’s independent music venues, cinemas, and theaters. On a municipal level, our recovery policy includes proposals such as municipal bulk ticket purchases and subsidized communal artist residences, described by some as “TikTok Hype Houses.”

By not recognizing artists, these smaller programs can also be problematic. Right in the name, TikTok Hype Houses centers venue owners (specifically, a digital venue) instead of artists. Real-life Hype Houses are not enviable living arrangements; 21 people living with each other with no separation between work and personal life is not a healthy or productive environment for the creative process, and is instead a product of these platform's unreasonable demands for content production. I've personally lived with eight comics over the course of five years and I can say with confidence that all artists are degenerate scum who don't know how to do dishes.

All culture policy needs to be artist- and worker-centered. I like to use the folk history of the origins of hip hop as the example of how to build culture; in the 1970s, blackouts led to kids stealing audio equipment, and over the years these kids used that equipment at block parties on abandoned lots which eventually evolved into a medium of art that took over the world. This is accidentally a good model for a strong arts policy; directly gift artists with resources and decommodify space, and they'll figure out how to change the world.

In practice, this should mean candidates for elected office starting conversations with performers and discovering our needs and ideas. This extends to NYC Nightlife Advisory Board appointments — currently only three out of 15 appointments are representatives of the nightlife workforce; mayoral and City Council candidates should commit to making half of the board worker representatives, including service workers. Additionally, any subsidies that benefit venues, such as bulk ticket buys or tourist advertising, should be contingent on empowering and paying workers and performers.

Electeds of all types can lean on venues to commit to already-on-the-books federal and state standards for unpaid labor. We can also make the resources that artists need to practice their craft readily and freely available from the city, including rentable audio and stage equipment (available through library systems and non-profits), and also making available directly to the public community spaces for performance such as school stages and empty storefronts, with little to no hassle or cost.

What I've learned in my years of stand-up is that the venues that attract the most creative people and foster the newest ideas are always the ones that throw performers the keys and look the other direction – you can't micromanage creativity.

That said, public policy can only play a supportive role in building strong culture, and ultimately it's in the hands of artists ourselves to band together and self-advocate for our needs. However, candidates should understand that it would be a rewarding gift for everybody involved if they built partnership with performers. We have so much in common; much like candidates themselves, we are the world's saddest, neediest, most attention-starved narcissists.

***
John Field is a stand-up comedian in New York City. On Twitter @AmericasComic.