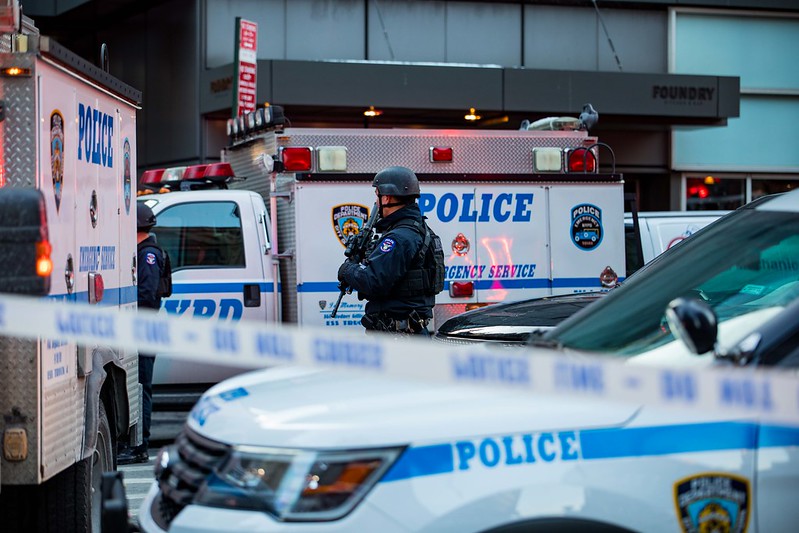 On April 26, Mayor de Blasio presented his executive budget plan for the city’s next fiscal year, FY22, which begins July 1. In it, he included slight increases to the NYPD’s budget. This comes on the heels of the largest civil rights movement in a generation demanding reinvestments and the heartbreaking murders of Adam Toledo and Daunte Wright. If I were in the City Council now, I would fight for a right-sized police budget and deep investments into community care when the adopted budget is agreed upon in June. This is what the majority of New York City Democrats want.

I want to address my neighbors who, like myself, wish to prioritize community safety, but believe that policing is the only way to achieve safe communities. It’s time to have the hard conversations and courage to do what it takes to actually make our city safer, healthier, and more equitable.

To start, let’s unpack just how disproportionate our police budget currently is. The NYPD’s budget is so bloated that it would be the 33rd largest military budget in the world. According to Communities United for Police Reform, for every $1 New York City spends on policing and incarcerating our neighbors, we only spend $0.01 on workforce investment, $0.12 on youth and community development, $0.25 on the Department of Health, and $0.19 on Housing Preservation and Development. If a budget is a statement of priorities, this speaks volumes: we are more interested in policing than we are in investing in healthy, safe communities and programming proven to actually prevent crime.

In the context of New York City’s budget, a “yes” to one thing is always a “no” to something else. Unlike the federal government, New York City must have a balanced budget by law. Every dollar we spend on the NYPD is a dollar we take away from another agency.

With that in mind, here are three ways in which reinvesting city money can make our communities safer and healthier:

1) In 2019, the city spent over $70 million on policing homeless people. This neither solves homelessness nor prevents crime, and reinforces the cycle of homelessness by criminalizing, alienating, or incarcerating those without a home. A far more productive use of that money would be to provide permanent supportive housing with wraparound services to actually help solve homelessness in New York City.

2) We spend over $451 million on police in our school system; meanwhile 45% of schools have had no social workers. Police presence fuels the school-to-prison pipeline, and when a student becomes entangled in the justice system, they are up to four times more likely to drop out. Just last week, I met a constituent whose teen daughter had attempted suicide the month before, and had yet to hear from the school on how she would be supported. Make no mistake; the lack of social workers negatively impacts all of our kids, in every single neighborhood. The mayor announced more investment in social workers for schools, but we can and must go farther.

3) The NYPD spent $96 million in 2019 on drug-related arrests. Arresting someone for drug usage perpetuates harm while doing nothing to solve addiction or keep us safe. Instead of policing users, we should be investing in addiction treatment services, safe injection sites, and overdose prevention. Substance abuse disorder is a health issue, not a criminal or moral one.

There is also a racial justice component to these examples. Black and Latino New Yorkers made up 83.8% of those arrested for drug usage in 2019 despite similar usage rates across races. Black and Latino students made up over 90% of those arrested in the most recent school year, while often coming from the most under-funded schools. In the New York City Department of Homeless Services shelters, 89% of heads of households are Black or Latino. Police violence is a public health epidemic and is a leading cause of death for young Black men in America. So, when we talk about how to invest in community safety, racial justice needs to be of central concern.

Some argue that despite historic pre-pandemic lows, violent crime went up last year, and may use increased gun violence statistics as evidence that we need to keep the police budget intact.

We need to look at the very obvious contexts for the increase in some categories of crime. We are in dire socio-economic and financial straits, with widespread unemployment amidst a year of near-lockdown. Even Republican-led cities that increased their police budgets have seen crime increase at virtually identical rates. Unemployment and economic instability are proven drivers of crime. The answer isn’t more police—it’s to address the root causes of that instability by ushering in deep investments in vulnerable communities.

Healthy communities are safe communities. It’s time we prioritize our schools, health care, housing, social services, and the needs of our city’s workers while building a future where solutions are rooted in community care and justice.