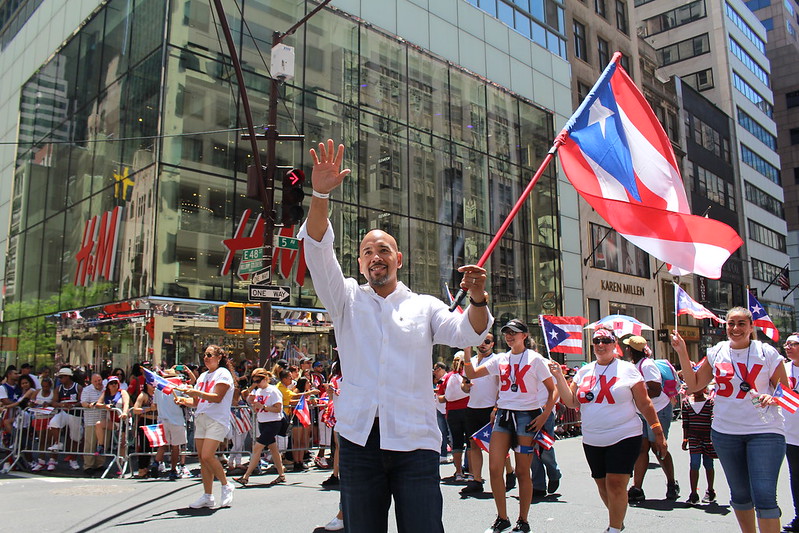 Term limits mean a slew of hotly-contested races every eight years in New York City. This year, not only is the mayor’s race in this category, but the race to succeed outgoing Bronx Borough President Ruben Diaz, Jr. is too, yet it is one that is unfortunately attracting little attention.

The Bronx borough president race has five candidates on the ballot: Fernando Cabrera, Nathalia Fernandez, Vanessa Gibson, Sammy Ravelo, and Luis Sepulveda. Four of these five candidates are currently in elected office, come to the race with some name recognition in their respective districts, and are funded adequately with public matching money.

Historically, the Bronx Borough President position has been significant for Latinos. As the only Latino-majority borough in the City of New York, the Bronx has elected four Latinos to represent its borough in the last 50 years. The first Latino elected to the position was the iconic Herman Badillo, who won the position in 1965. Badillo’s victory was a pivotal moment in New York City Latino political history, and came at a time at which the Latino population in the borough (mostly Puerto Rican) was growing. This growth eventually led to an increase in Latino political representation; one that, at least in the Bronx, was paved by the likes of Badillo.

Badillo went on to run for mayor a number of times, but fell short of making history by being the first Latino to occupy Gracie Mansion.

Twenty years later, Fernando Ferrer became the second Latino to occupy the seat of Bronx borough president. During his 14 years of service, the “Bronx is burning” image of the borough began to dissipate. New development and new businesses replaced abandoned buildings, and with them came more jobs. Ferrer then tried to take his vision citywide, running for mayor in 2001 and 2005. He won the Democratic primary in 2005 but lost to Michael Bloomberg in the general election. Since then, Latinos have not had another prominent and recognized Latino candidate for mayor.

Adolfo Carrion succeeded Ferrer and like him made a bid for Gracie Mansion, but fell well short. In a special election to replace Carrion, who had accepted a position in the Obama White House, Ruben Diaz, Jr. won and has been the borough president since. Diaz, Jr. was at one point a candidate for the mayoralty and was considered in the top tier until he dropped out of the race.

All four of the Latino borough presidents in the Bronx, by virtue of the (largely symbolic) influence of their borough-wide posts, positioned themselves for the mayoralty and have been, until Dianne Morales' current candidacy, the only credible and viable Latino candidates for the mayoralty.

Having several viable Latino candidates on the ballot, all from different sections of the Bronx, may splinter the Latino vote, paving the way for a possible victory by Vanessa Gibson and the first non-Latino Bronx borough president in 35 years. The current voter rolls give us an indication that this may be a distinct possibility. Among the entire Democratic electorate, Latinos make up the largest share among all ethnic categories in the Bronx, with 285,586 voters. Black voters are second with 191,944.

My theory has some quantifiable backing in the poll commissioned by StudentsFirstNY and undertaken by the reputable Benenson Strategy Group. The poll shows Gibson with a lead and the Latino candidates receiving between 9% and 12% of the vote-share among those polled.

Of the four Latinos in this year’s borough president race, City Council Member Fernando Cabrera has raised the most money and has received more public matching money than any other candidate. While he comes into the race with significant legislative experience, his conservative social values have been a cause of concern for many in the borough.

Nathalia Fernandez is the only Latina in the race and placed second in the aforementioned April poll. She has the least amount of money left in her coffers, so she may run into some difficulty getting her message across to a borough-wide electorate. Sepulveda and Ravelo round out the rest of the field.

Though this is an expansive, borough-wide race, media exposure and voter attention will largely be focused on the mayoral race. These next few weeks are therefore a critical time for the candidates to get their names and message before the Bronx electorate.

Will Latinos splinter their votes? If so, will the Bronx, the only Latino-majority borough in the city, elect its first non-Latino borough president in 35 years? We’ll know soon.