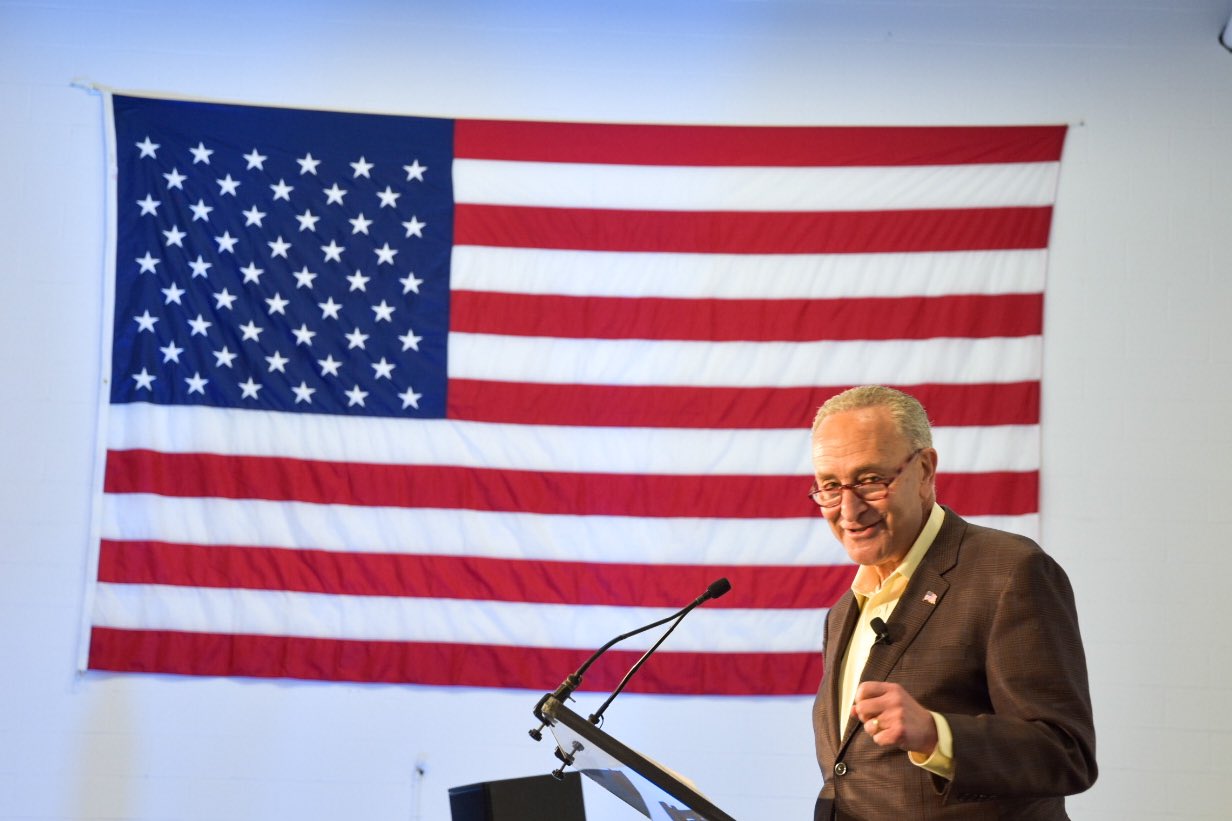 We volunteered for thousands of hours in 2020 to elect Democrats during a pandemic. After work, on weekends, we knocked on doors, made calls, fundraised and donated.

Now a year later, many are asking, what was the point?

Our democracy, planet and people are in crisis. Democracy experts are warning this is our last chance to prevent full on fascism in America. Republicans have already laid the groundwork to steal the 2022 and 2024 elections; Without intervention by Senate Democrats they will succeed and a white supremacist, authoritarian regime will seize power indefinitely. Add to that we’re confronting a continuing pandemic and a global climate crisis— working people are suffering and it will only get worse.

It is past time for the Senate to pass the Freedom to Vote Act and Build Back Better package. When Indivisible Nation BK met with Schumer last spring, he told us “failure is not an option” when it comes to securing voting rights, but he has failed. He also told us he would get Build Back Better done by Christmas and ensure it had the strongest possible climate and care provisions, but in that, too, he has failed.

While millions of Americans, including us, are going to work this week during an unprecedented COVID variant surge, Senate Schumer just allowed Senate Democrats to go on vacation without getting a single thing done for the American people.

January is too late. Not only is he risking losing the momentum advocates have built for these crucial bills as Omicron gets worse and consumes more and more attention, resources and energy, but by waiting till January he risks the security of the upcoming midterms and is allowing the child tax credit, which millions of families are depending on, to expire.

Adjourning the Senate now sends a pernicious message that there is no point in showing up to vote for Democrats: They don’t keep their promises and instead go on vacation while the world and our democracy burn. As activists, we spent countless hours urging people to vote in 2020, but we simply cannot out-organize voter suppression, gerrymandering and election rigging during a deadly pandemic-again- when Senate Democrats– or the President– won’t meet us halfway and at least try to address the many monumental problems we face.

Senator Schumer is in charge of his caucus. He sets the schedule. When we’re facing multiple emergencies- as we are, we at the least expect him to stay at work and keep trying to save our Democracy, our planet and help working people.

And so our message to him is: Go back to D.C. to pass the Freedom to Vote Act and Build Back Better—or resign.