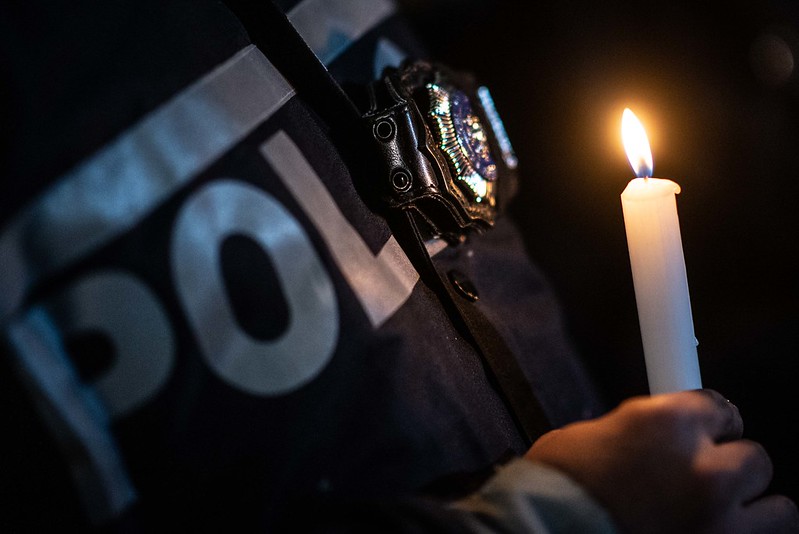 Mayor Adams' Blueprint to End Gun Violence, just released with much fanfare, represents, regrettably, an old-wine-in-a-new-bottle agenda overly-reliant on punitive law enforcement tactics. The mayor seeks to roll back bail reform and criminalize more young people, and will return to our streets the notorious plainclothes NYPD units responsible for the deaths of Eric Garner, Sean Bell, and others. These measures would do nothing to prevent the shocking kind of tragic incident that took the lives of police officers Jason Rivera and Wilbert Mora.

The main impact of such policies will be an increase in both the arrests of young Black and Latino men and the number of New Yorkers locked up in the hellish, inhumane conditions of Rikers Island, all of it unnecessarily disrupting thousands upon thousands of lives, including the families of those arrested and jailed. As Brooklyn Assemblymember Phara Souffrant Forrest posted on Twitter, specifically in regard to Adams' proposal to harden bail policy: "Locking up people because they are poor does not keep our neighborhoods safe."

The practice that the shooting of Officers Rivera and Mora should lead our city's leaders to most seriously reconsider is the daily routine of sending police officers to handle domestic disputes. How does it make sense to send a uniformed officer armed with a gun and taser to help resolve an argument between a mother and her grown son, as was the case in the fatal Harlem incident? Add to the import of this question: that the officers so assigned can be as young and inexperienced as 22 years old, as Rivera was, and that, for better or worse, but understandably, many New Yorkers of color loathe and/or deeply distrust police officers.

Why not dispatch social workers and family counselors instead of police officers, a move that immediately helps lessen the possibility of escalation? Though it does not appear to have been the case with Rivera and Mora, we know that too many police officers approach their jobs as an opportunity to use their might to control situations, often escalating them. Why not rely on professionals whose vocation is to relieve people in stress, to use their wits and compassion to de-escalate situations and offer help, rather than officers whose training often centers on how to use force?

It is likely that had New York City had such a practice in place that the outcome last Friday night would have been different. At the very least, do we think it probable that the shooter would have thrown open the door to his room and started firing a gun had he known that it was a couple of social workers walking down the hallway in his direction? Wouldn't it be likely that Officers Rivera and Mora would be alive today? Isn't it possible that trained professionals could have calmed Lashawn McNeil, the crazed gunman, and he, too, would still be alive?

A model for this type of alternate approach has functioned successfully in two Oregon cities, Eugene and Springfield, for decades. Crisis Assistance Helping Out on The Streets, aka CAHOOTS, has teams that consist mainly of EMTs and mental health professionals trained in conflict resolution who handle mental health emergencies and domestic disputes, among other matters. Started in the late 1980s, CAHOOTS has received more public funding over the years due to its effectiveness -- by 2017 it had expanded significantly so it now responds to over 20% of all emergency calls in Eugene.

***
Robert Gangi is the Director of the Police Reform Organizing Project, or PROP. On Twitter @GangiFromProp.