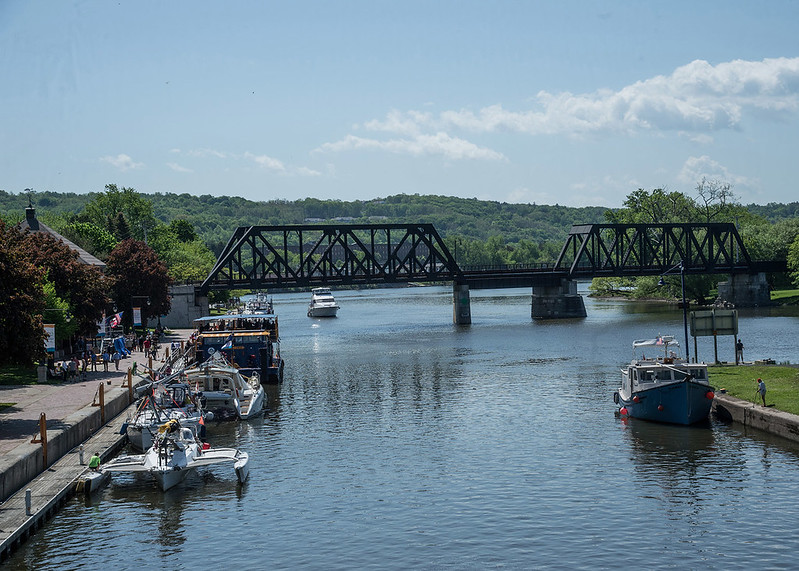 A 2019 report by State Comptroller Thomas DiNapoli, “The Case for Building New York State’s Rainy Day Reserves,” explained that the state actually has two statutory rainy day funds – the Tax Stabilization Reserve and the Rainy Day Reserve. At the time of the report, the two funds together held just over $2 billion, about 2.8% of General Fund spending. In other states as diverse as California, Texas, and Michigan, the percentage is far higher, the comptroller reported.

“Rainy day reserve funds are needed to mitigate economic or other circumstances that could force cuts to essential services and harmful tax increases,” Comptroller DiNapoli explained. Rainy day reserves date from 1938, when the state was still feeling the impact of the Great Depression. Since then, the amount set aside for rainy day events has varied, and sometimes governors or legislatures have dipped into them for non-emergency purposes.

The “Director’s Presentation” by Division of the Budget Director Robert Mujica that accompanied Hochul’s budget proposal pointed out that the state’s finances have been badly damaged three times by sudden events in recent years: 9/11, the recession that began in 2007, and COVID-19. Such shocks can lead to pulling back on funding for important initiatives. He cites the state’s 2008 commitment to provide more school aid, which had to be curtailed when budget resources diminished. “Reserves are the best defense against a ‘repeat performance’ in the next crisis.”

The state has a budget surplus now, in part due to federal covid aid. Hochul’s budget includes a commitment to bring the state’s reserves up to 15% of the state’s operating fund spending by 2025.

Will the Legislature go along with the proposal? Mujica cites “short memories and optimism” as potential deterrents to this fiscal prudence.

Sometimes New Yorkers have shown fiscal caution and an inclination to hold back for rainy days. More often, they have not  done so due to faith that the state’s good fortune would continue, or, if it was in abeyance, would return soon. Some examples:

State government, established in 1777, resorted to taxes, loans, and sale of loyalist property to support its Revolutionary War efforts. When that proved not to be enough, the state issued paper money backed only by the vague pledge that the bills would be redeemed in the future. New York emerged from the war awash in red ink. But the first federal bailout, Secretary of the Treasury Alexander Hamilton’s “Assumption Plan,” in 1790, assumed responsibility for all state debts, including New York’s. That was a lucky break for the new state. It wiped the deficit off the books. As the state’s economy grew after the war, taxes flowed into the state treasury, keeping New York solvent.

In the early 19th century, after the federal government had declined New York’s request for support to build a canal across the state from Troy to Buffalo, the Legislature, at the urging of Governor DeWitt Clinton, voted to build it with New York’s resources. The Legislature established a Canal Fund that would be derived from special taxes and, when the canal opened, from canal tolls. Canal Fund commissioners began issuing bonds as construction began in 1817. The bonds were a risky bet but investors, mostly New Yorkers, confident in the young state’s prospects, snapped them up. The canal opened in 1825. New York’s first experiment with deficit funding paid off. The canal led to the development and prosperity of New York City and the rest of the state. The bonds were soon paid off, and the tolls eventually abolished.

Along the way, though, the overly-optimistic state overspent on Erie Canal enlargements, constructing other canals, and aiding early railroads. By 1842, the state debt was nearly $26 million (exact comparisons are difficult, but that would be about $984 million today). The State Comptroller warned the state was on the slippery slope to bankruptcy. The Legislature enacted an emergency “Stop and Tax” law that levied a special property tax to bring down the debt. An 1846 state constitutional amendment mandated voter approval for future debt. In 1854, with economic prospects brighter, confidence returned and New York voters approved resumption of bond-supported canal expansion.

By the end of the 19th century, the canal was too small for large ships and was being rendered obsolete by railroads. The Legislature voted $9 million in 1895 for enlargement and repair. A scandal erupted when it came out that most of the money had been squandered on overcharging and shoddy work by contractors. Some leaders said that massive spending was enough, it was time to abandon the canal or build a railroad on its right of way.

But a commission appointed by Governor Theodore Roosevelt (1899-1901) recommended a new, larger canal to replace the Erie and capable of carrying huge barges in 1900. The price tag was high, $101 million, the equivalent of more than $3 billion today. Railroads objected and people in upstate areas far from the canal were not supportive. But the majority of voters, hoping the new Barge Canal would replicate the Erie Canal’s impact on the state, approved the $101 million Barge Canal bond issue in 1903.

That was the largest bond issue by any state to that time. The canal was completed in 1918 but the investment did not pay off. The canal quickly slid toward obsolescence from rail and highway competition. It is still in operation today, mainly for tourism and recreation. The state has renamed the Barge Canal the Erie Canal but it did not mimic the success of its namesake.

Governor Thomas Dewey (1943-1955) began construction of the New York State Thruway in 1946. It was supposed to be built with appropriations from the regular state budget but when escalating costs made that impossible, Dewey proposed a new Thruway Authority with authority to issue up to $400 million in bonds to be paid off mainly by tolls on the new road. The Thruway would be the “new Erie Canal” that would ensure New York’s prosperous future, he promised.

Voters approved a constitutional amendment in 1951 to allow the state to guarantee the Thruway Authority’s bonds. The superhighway was completed in 1957. It was mostly a good investment for New York, speeding travel, stimulating new industries and communities along the route. But it helped speed the demise of the railroads and the Barge Canal and the tolls remain today.

Governor Nelson Rockefeller (1959-1973) was a strong executive who was eager to resolve problems and build things. He was impatient with restraints. In a 1962 speech, he decried “the timidity of leadership that rarely glimpses the dawn of any new concept but passively awaits the high noon of crisis.” Rockefeller vastly expanded the State University, built the Empire State Plaza government complex in Albany, and increased state government in other ways through legislative appropriations and, notably, substantial bond issues. Some of these bond issues were authorized by the voters; others were in the form of bonds issued through public authorities and other routes that did not require voter approval. State Comptroller Arthur Levitt was a critic of this “back door” borrowing technique, which he called a “subterfuge” to avoid going before the voters. Rockefeller’s initiatives and investments reflected New Yorkers’ confidence in their future and paid off and helped the state.

But his liberal use of deficit financing set a trend for future governors, and for reports of criticism and caution by future state comptrollers. The comptroller’s 2021 “Financial Condition Report” identified $70.7 billion in “State-funded debt,” the second highest in outstanding state debt nationwide, about $3,500 per capita.

Which path should New York State take in 2022?

Governor Hochul has mostly chosen the path of confidence and optimism, investing in expanding New York’s future prospects rather than paying down the debt or, as some Republican leaders have advocated, cutting taxes. In her January State of the State address, she explained that much of her confidence stems from her reading of New York’s robust, successful history. That puts her in line with many of New York’s most successful, progressive governors in the past.

On the other hand, beefing up the rainy-day fund (if she can get the Legislature to go along and include that in the budget it passes) sounds a notable theme of prudence and caution.

That sort of expansive view of the future balanced with a measure of fiscal prudence may be just what New York needs now. It may also be just what Hochul needs to get elected in her own right in the fall.

***
Bruce W. Dearstyne is a historian in Albany, NY. He is the author of The Spirit of New York: Defining Events in the Empire State’s History and The Crucible of Public Policy: New York Courts in the Progressive Era, both published in 2022 by SUNY Press.