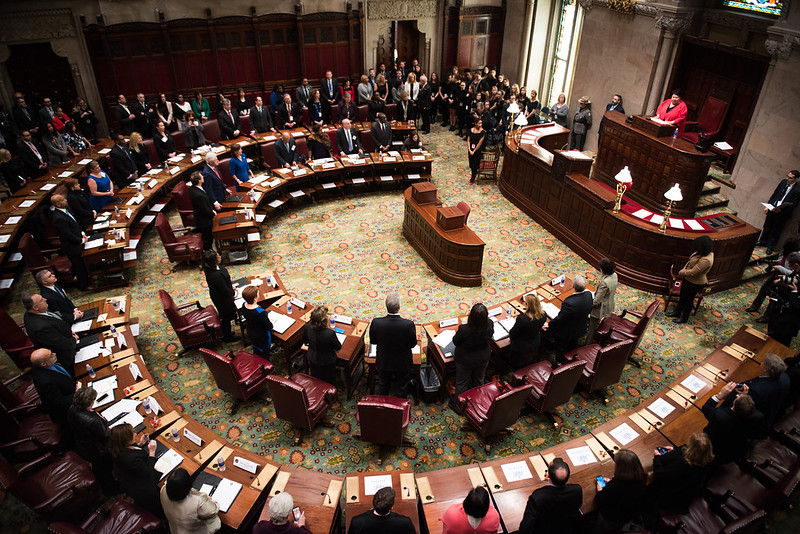 Of all the pressing problems facing New York City — increasing crime, economic stagnation, high taxes, rising homelessness, crumbling infrastructure, and poor sanitation — a fundamental issue is at the core: lack of faith in our government and institutions to address and solve these  issues.

Trust has been broken because government appears corrupt, indecipherable, and motivated to  benefit special interests, insiders, and their allies. New York’s future depends on restoring its  ability to create and implement policy that truly serves the public’s needs. To restore public confidence and reduce the cynicism that has led to abysmally low voter turnout, we must have the will and commitment to enact long overdue reforms.

Democrats drew maps in January 2022, after the new bipartisan Independent Redistricting Commission failed to complete its work. The Court threw out those maps and hired an independent third party to redraw districts.

This could’ve been avoided if commission members were initially made up of independent  members such as judges, law professors, retired public servants, and political scientists, rather  than partisan political appointees. The word gerrymandering implies the system is rigged. A truly  independent redistricting commission will secure voter trust that the system used to elect representatives is working and fair and not rigged to favor any political party or other special interest.

2) Expand Ranked Choice Voting (RCV):
RCV gives voters more say in who is elected. Efficient and more representative, it was  introduced in New York City’s June 2022 municipal primary elections after 73% of city voters backed a 2019 ballot measure proposed by a city charter commission. It should be extended to all state elections.

Under the current “winner-take-all” system candidates often win with significantly less than a  majority of votes. Voters are often faced with having to choose between their preferred  candidate and a “safe” choice. Under RCV, even if one’s desired candidate loses, lower  ranked choices still help decide the outcome. Winners reflect more broad consensus among the voters.

3) Implement Final Five Open Primaries:
Turnout in New York primaries is abysmally low. In the recent June 2022 primaries for  Governor and State Assembly, less than 14% of those registered voted. In national elections,  New York and other closed primary states have significantly lower turnout than states with open  primaries.

An open primary system would franchise more than 2.7 million ‘independent’ voters in our state, including over 400,000 military veterans, and liberate parties from being tied down and beholden to their most extreme influences. Diversity of opinion and thought would be ignited within parties once more as voters are able to participate in the elections that matter. When confidence in the system itself is restored, we can expect to see significantly greater voter turnout.

New York is one of only 14 states in which at least one political party administers closed  primaries for federal and state-level elections. To implement open primaries for these elections, state election law must be amended.

For New York City elections, we must go directly to voters  with a ballot initiative. “Final Five” voting will combine ranked-choice voting with open primaries.

4) Expand Mechanisms for Ballot Initiatives and Referendums:
Ballot initiatives and referendums, allowed in 26 states, enable voters to bypass the state legislature by placing proposed statutes and constitutional amendments on the ballot. These  measures reduce voter disengagement and can contribute to greater turnout by signaling to  voters that their vote will directly affect the outcome of a particular issue.

In New York, voters do not have the power to initiate statewide referendums and initiatives. Several attempts to introduce voter referendums in New York have failed.

Additionally, 19 states have enacted recall mechanisms, which have been effective in holding elected officials accountable for doing the job they were elected to do.

“Doing business restrictions” must be enacted statewide to largely prohibit campaign donations from individuals or entities that do business with government. We must finally end the “pay-to-play” mindset in Albany and the potential for unrestricted donations to influence contracting, subsidy, and other government decisions.

Contribution levels should be reconsidered annually. State contribution levels are far too high,  even in the new campaign finance system to be instituted in the next elections, allowing large donors to maintain outsized influence. These rules must be made based on the ethical challenges of today and lessons learned from the past.

be donated to the political candidate of their choice can counter voter apathy, while expanding  pools of candidates.

6) Empower Truly Independent Ethics Agencies:
Government watchdog groups like the League of Women Voters have been calling for city and  state ethics reform for decades, but efforts always fall short. Truly independent commissions  empowered to enact comprehensive integrity and conflicts of interest policies, along with  mechanisms to enforce them, will restore institutional trust and confidence.

Governor Hochul and the State Legislature recently replaced the Joint Commission on Public Ethics (JCOPE), with the “Commission on Ethics and Lobbying in Government,” but their reforms fell short because this new entity is still populated by political appointees without the independence needed to hold elected officials to the highest standards. The governor’s own ethical questions regarding the Buffalo Bills stadium funding and Penn Station redevelopment deals haven’t helped engender trust in how she has gone about implementing reforms and leading the government.

New York City’s Conflicts of Interest Board (COIB) should be replaced by independent  appointees with enforcement powers outside of political influence. Currently, its membership is nominated by elected officials including the mayor, comptroller, and public advocate.

Former Mayor Bill de Blasio famously disregarded the Board’s advice and admonishments on multiple occasions, including regarding his fundraising efforts, which created the “appearance of coercion and improper access.” Yet de Blasio faced no punishment from a Board full of his own appointees. The city’s comptroller, Brad Lander, recently sought guidance from the Board, including an appointee of his own, about whether he faces conflicts in his office’s approval of contracts between the city and members of a nonprofit umbrella group run by his wife. These actions and questions undercut the credibility of the Conflicts of Interest Board to act independently and fairly, and diminishes public confidence.

Good government groups have rightly suggested a firewall between elected officials and  appointees of ethics commissions. Elected leaders simply should not have any say in who gets  appointed to the entities that oversee them. A truly independent ethics panel should be  appointed by a designating commission made up of trusted, qualified, and experienced third  parties, such as law school deans, bar association presidents, and judges, vetted for  independence.

This autonomous panel would be empowered to write and enforce protocols that follow best practices for rules compliance and conflicts of interest, with full public disclosure of every investigation.

This list is not exhaustive of all that needs to be done to restore faith and trust in government,  but even these pragmatic and reasonable recommendations will take considerable will to  implement.

Elected leaders have been fighting real reform for decades, and it’s time we elect candidates who are unafraid to demand comprehensive action. Government will be far more effective with more democratic elections and proper rules in place to assure it is operating with honesty and integrity.