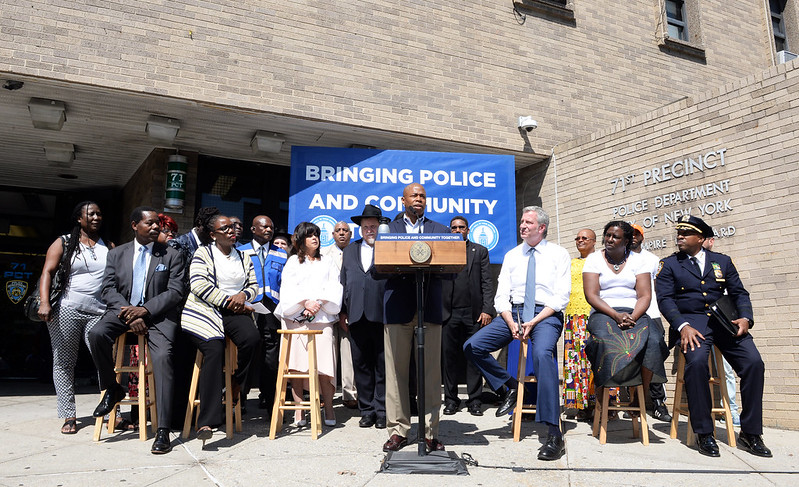 Mayor David Dinkins directed his new appointee, Judge Milton Mollen, to “confront the crime that degrades the life of our city” and address agency “finger-pointing.” Mollen brought deep experience in the law and government operations, having served as a judge and the chair of NYCHA, among other accomplishments.

All signs point to Mayor-elect Eric Adams selecting the first deputy mayor for public safety in a generation. This is a smart move.

Of course, a lot has changed since the 1990s: New York City has long been the safest large city in the nation and, in recent years, has continued to drive down crime while also reducing the number of people in jail. One of the central lessons we have learned is that, important as they are, police cannot create enduring safety by themselves. Among many examples from reliable research: a job can stop a bullet, with summer youth employment reducing both deaths and arrests; well-lit streets can reduce violent crime by a third; and supportive housing can interrupt the cycles of jail, shelter, and hospital that afflict many New Yorkers.

And, on the other side, misuse of force can erode trust, leading to fewer people coming forward as witnesses or convicting on the evidence. We learned this bitter lesson when police stops in the city reached almost 700,000 per year, aggravating cynicism, particularly in communities of color.

The past two pandemic years have further demonstrated the need for a deputy mayor who balances the role of civic services and force in producing safety. As civic connections withered, New York City, along with every big city in the nation, experienced the sharpest single year rise in homicides in its history. Cops withdrew from the streets and residents, whose cooperation rate had never cracked the 50% mark in the best years, also stepped back. By the end of 2020, only one in five shootings were being solved.

Finger-pointing by the mayor and the police commissioner aggravated the crisis as they sought culprits in bail reform, court delay, and jail releases, each of which were serially debunked. When anecdotes are treated as “data,” finding solutions is hard.

Adams has rightly pointed to prevention and intervention as critical to safety. Pressure testing every dollar – whether spent on patrol or summer jobs – to ensure New Yorkers are getting the most safety and fairness for their money is key.

What is needed to effectively navigate this complex role of deputy mayor for public safety?

In the first place, the new deputy mayor must be a person of unquestioned integrity. This is true of any person who will hold New Yorkers' trust. But it is particularly true in this moment when the legitimacy of law enforcement has taken some hard knocks.

The deputy mayor’s integrity and stature will also be essential to convene effectively the many players who comprise the justice “system,” most of whom – district attorneys, defenders, and courts – are independent of the city’s authority.  A transparent and regular sharing of data will also go a long way to winning trust and finding solutions. And understanding all aspects of the justice system’s operations, not just the police, will be crucial to address the many crises from the management of the jails to the confounding continuation of case delays in the courts.

Finally, the new deputy mayor should be deeply rooted in the civic functions of government.  For good reason, Americans have chosen a civilian form of government to be the keystone of democracy and determined that those who are armed must always be subordinate to civilian power. Force – which can be so toxic even if sometimes necessary – must be carefully cabined and managed. And because the wise deployment of civic services – from housing to jobs to parks and more – is so core to safety, the new deputy mayor will need to have the knowledge and skill to coordinate with his or her fellow deputy mayors in whose dockets other services fall.

A different world from 1990 but the same opportunity to make a safer and more vibrant city awaits.

***
Elizabeth Glazer is the founder of Vital City. A former federal prosecutor, she served as the New York Governor’s Deputy Secretary for Public Safety and the New York City Mayor’s criminal justice advisor.