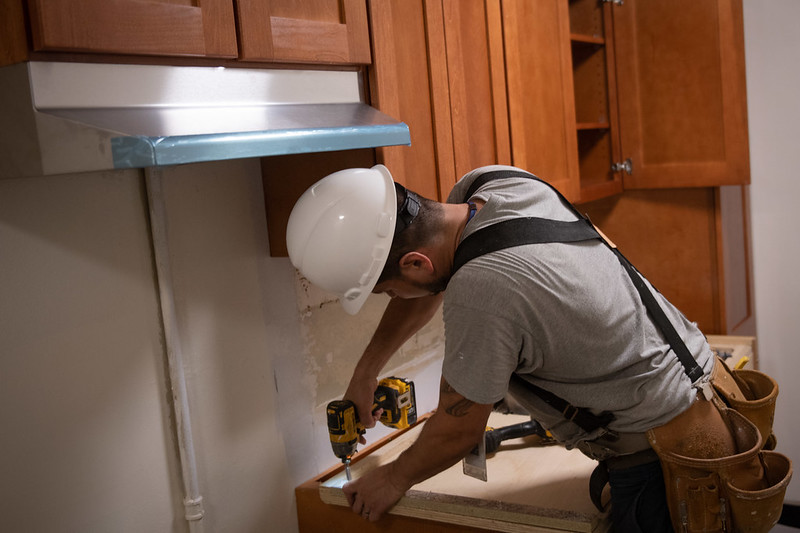 More than three decades ago, my family was one of the first to move into Washington Heights Rehab, a New York City Housing Authority development. It’s in this development where I’ve since raised my three children and it’s the place that I’ve always called home. But like other NYCHA developments across the five boroughs, our building became the subject of disrepair, deferred maintenance, and difficult living conditions.

That’s until an initiative led by a mission-driven team of developers transformed our apartments into modern, beautifully-renovated homes. The initiative delivered the change my building most certainly needed, and I believe more broadly offers unexpected hope to the city’s 400,000 public housing residents.

About 15 years ago, the deteriorating conditions of Washington Heights Rehab started to come to a head. What was once a pleasant place to live began to crumble into a building that was an unhappy, unhealthy, and in some ways, unsuitable place to call home. For whatever reason – whether it was funding or an overworked housing authority – maintenance work came to a grinding halt. We began to witness water coming down walls, increased amounts of mold, more rodents, and frequent garbage problems. It got to a point where essentially everything in our building was damaged.

I realized then that our situation wasn’t necessarily unique but that didn’t make it any easier to handle. As a mother, I felt neglected and hopeless. The conditions made providing and caring for my family that much harder. As a tenant president, I felt disempowered. I knew I had to do something to help myself, but, as the voice of my community, I also knew I had an obligation to help my neighbors. However, no matter how much I tried, little improved because funding for NYCHA had gone dry.

Fortunately, change came – albeit in a way that wasn’t necessarily expected. During the summer of 2019, I learned about a team of non-profit and for-profit developers and social service-providers that would soon be leading the management, rehabilitation, and renovation of Washington Heights Rehab. As it turned out, the team known as the PACT Renaissance Collaborative (PRC) also was tasked to lead the same massive rehabilitation work at 15 other developments in Manhattan as well. We had initial meetings with their representatives where they explained the plan, and where we were also given the opportunity to be heard.

In 2019, we were skeptical; we had been promised change before when in fact nothing did change, and the idea of a private developer coming in to be that change certainly raised some eyebrows, too. But nearly three years later, we’re ecstatic because what’s occurred since those initial meetings has been transformational. PRC has fully renovated each and every apartment in our development with new kitchens, bathrooms, living rooms, flooring, windows, and doors; brought new life to commons rooms and shared spaces; and they have ensured that when a repair or maintenance is needed it’s taken care of.

This work and their effort have rejuvenated Washington Heights Rehab and we’re truly grateful for everything that’s been accomplished. After more than a decade of uncertainty, we feel like we’re now shown the respect that every tenant – especially public housing tenants – should be given by their landlord and property managers.

I understand that PACT Renaissance Collaborative is not the only team tasked with bringing new life to public housing across the five boroughs, so I cannot speak to the quality of work being completed as part of NYCHA’s larger PACT program. What I do know, though, is that when the right team is chosen to lead the rehabilitation and management of NYCHA buildings through PACT – and when residents are heard in the planning processes of the program – that incredible change can occur. My building and the quality of my living conditions are a testament to just that.

To all my fellow public housing residents: we’ve been through a lot over the years. But, I now have hope that we are turning a corner on this crisis of disrepair thanks to mission-driven teams like the PACT Renaissance Collaborative. From the bottom of my heart, I encourage NYCHA residents to open their hearts and minds to the opportunity that change might present through this PACT program.

Ask your questions, make sure to be heard, and demand accountability from those leading the PACT process. But know that the program does hold the potential to transform your apartment, building, and life for the better.