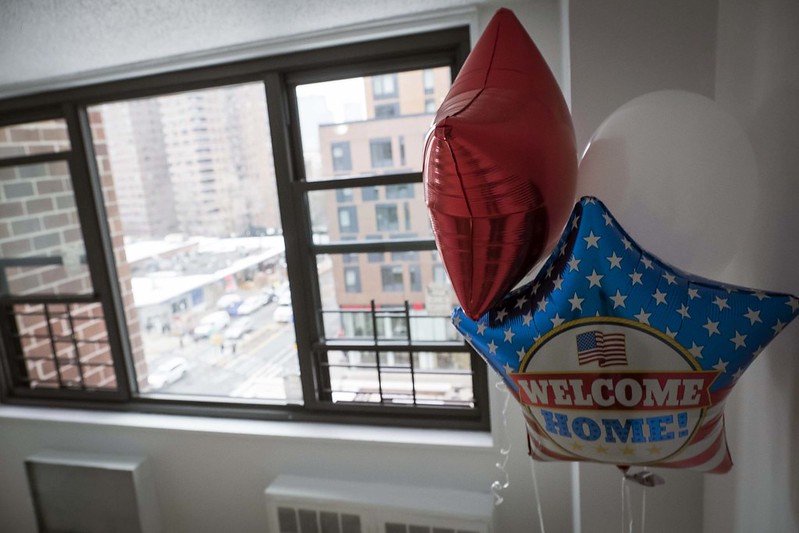 In 2021, the values of New York City's largest housing voucher program, known as CityFHEPS, were significantly raised. This victory, passed by the City Council and Mayor de Blasio, was accomplished thanks to the tireless efforts of housing advocates and opened up tens of thousands of new housing units for tenants holding these vouchers — among the most vulnerable New Yorkers.

We must now turn our attention to ensuring that the landlords and brokers of these newly-eligible units are not discriminating against CityFHEPS voucher holders, and that our housing enforcement agencies have the resources to combat voucher discrimination.

For context, the CityFHEPS program provides thousands of families who are experiencing homelessness or on the brink of eviction the opportunity to pay an affordable rent in the private market. In New York City and New York State it is illegal for landlords, owners, and real estate brokers to discriminate against prospective or current tenants based on their lawful source of income. Morally, these laws exist to protect families, seniors, people with disabilities, and other at-risk populations from homelessness and the trauma of housing instability. Fiscally, they reduce the enormous cost of homelessness, which manifests itself in our homeless shelter system, healthcare system, legal system, unemployment system, foster care system, and in many other ways.

Our national housing watchdog group, Housing Rights Initiative, recently finished a six-month-long investigation into discrimination against CityFHEPS voucher holders. We began this investigation in response to reports we had received from housing advocates and tenants who experienced discrimination, and also inspired by previous investigations conducted by our organization. In fact, in March of 2021, our investigations in New York City led to one of the largest fair housing lawsuits since the enactment of the Fair Housing Act. This lawsuit was filed on behalf of Housing Rights Initiative by Legal Aid Society and Handley Farah & Anderson PLLC against 88 real estate companies for discriminating against Section 8 voucher holders.

In conducting our undercover investigation investigators like myself posed as CityFHEPS voucher holders and looked up apartments in the confines of the current voucher limits. While many brokers did accept CityFHEPS, many did not, outright refusing to rent to CityFHEPS voucher holders, as well as covertly discriminating, either through “ghosting” or setting exorbitant income requirements. Here is an example recording from one of our investigators. Our watchdog group found rampant discrimination at the hands of the New York City real estate industry, which illustrates the failures of our government to enforce its fair housing laws.

City Limits reporting last summer highlighted how New York City voucher enforcement cannot keep up with the constant reports of voucher discrimination occurring, and the agencies are understaffed in handling such a large influx. The report called voucher enforcement “hollowed out.”

The city’s voucher enforcement is conducted by two agencies. The Department of Social Services (DSS) has a Fair Housing Litigation unit through the Human Resources Administration, which handles cases of housing discrimination ranging from race, disability, or source of income. Additionally, the New York City Commission on Human Rights (CCHR) has a Source of Income unit, which handles cases specifically pertaining solely to source of income. CCHR’s Source of Income unit went from three staffers in 2021 to zero employees as of April 1, City Limits reported.

Vouchers are one of the most powerful tools in combating homelessness. According to the Center on Policy and Budget Priority, vouchers cut homelessness by three quarters. Additionally, vouchers help with housing stability, reducing how many times a family moves in a five-year period by over one-third, and reducing overcrowding by half. They can be the difference between someone having a home or being homeless.

Yet, the city has chosen not to enforce its own laws and protect voucher holders as they search for apartments. According to a joint report published by Unlock NYC, Neighbors Together, the Anti-Eviction Mapping Project, and the Housing Data Coalition, 20% of CityFHEPS voucher holders were able to exit the shelter system and find a home in 2019, and the average stay for those in the system was roughly around 450 days. In short, one out of five CityFHEPS voucher holders was able to effectively use their voucher. This is an embarrassment.

Our organization will be making an announcement on the fair housing front in the next few weeks, and will continue to push our government to properly fund its source of income discrimination units and address our broken voucher enforcement system. As Neighbors Together and Unlock NYC recommended in their report, it is vital that we get at least $1 million funded to CCHR for voucher enforcement. People need these vouchers. People need homes.