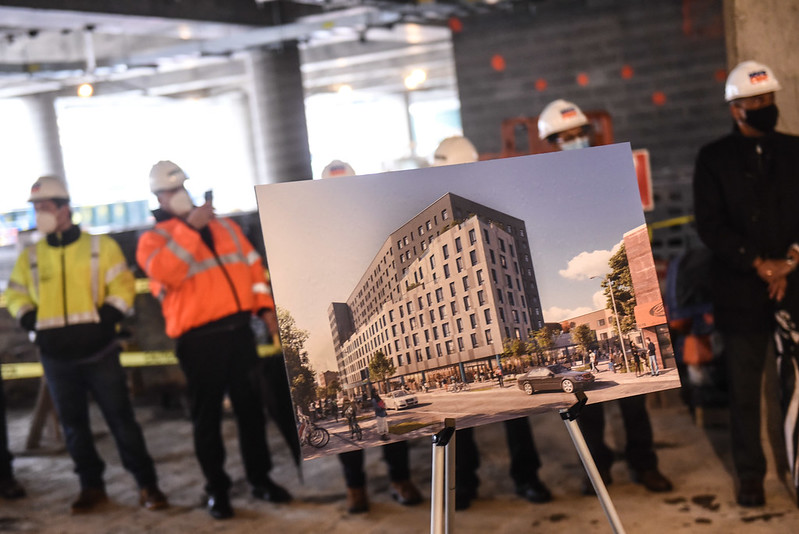 State lawmakers clearly understand that New York faces an emergency-level housing crisis and have acted accordingly: adopting a five-year housing plan to invest $25 billion in affordable and supportive housing across the state. But the job is not over, there are several important housing bills under consideration that would help New York City fight the housing crisis.

In the final days of the state legislative session, Albany has a chance to help the city help itself by giving it new authority and without spending another dime this year.

Perhaps the most pressing housing issue in New York City is the living conditions at the New York City Housing Authority (NYCHA). NYCHA public housing needs $40 billion in repairs and while there was optimism last summer that the president’s Build Back Better bill would provide needed funding, there is now little hope of the federal government coming to the rescue.

There are more than 535,000 New York residents living in 177,500 NYCHA apartments, and we cannot afford to lose a single unit without exacerbating our grave housing crisis. Fortunately, there is legislation in Albany that would give NYCHA new tools to raise capital, while leaving public housing in the hands of the public, where it belongs.

The proposed legislation would create a public trust to raise the additional funding and allow procurement capabilities that NYCHA doesn’t have for contracting repairs. Most importantly, the new plan puts tenants in the driver’s seat. The current bill allows tenants to vote on whether their properties are involved with the preservation trust. The unacceptable conditions residents live with every day should give extra resolve for lawmakers to approve the creation of a Public Housing Preservation Trust that unlocks new financing for NYCHA while preserving tenant protection and public control.

At the same time, the state can also give the city tools to improve, preserve, or convert affordable housing in the private market. There are several ways it can do so.

First, the state must allow New York City to modernize its housing programs for the 21st century by updating outdated lending authority. The proposed Affordability Plus legislation would allow the city to align their housing programs with market lending term periods and provide more flexibility on loan amounts and income requirements. This will help streamline many of the affordable housing finance programs. The legislation would also help to make affordable homeownership and community land trusts for housing possible. Currently, state law prevents the city from lending to the types of community ownership projects that many support in the city; outside of city-owned land.

The city can also add more affordable housing through legal and safe conversions. We now know that a good portion of the hotels that shuttered during the COVID-19 crisis are occupied by tourists again, but many are still in financial trouble. These properties can and should be converted into affordable units, which can be done far more quickly than building new construction and provide relief in a matter of months. But the conversion process is over-regulated and therefore cost-prohibitive. The state must amend the law to allow hotel conversions while retaining their existing Certificates of Occupancy.

Lastly, the state can help New York City take action on legalizing basements to improve safety and compliance in each borough. State legislative action will allow the city to fast-track solutions that have been stalled due to the complexities of the building and zoning codes. Following the devastating eleven drownings in basements during Hurricane Ida, there is renewed urgency to legalize basements that can be made safe and to enforce dangerous noncompliance.

These are common-sense solutions to complex problems, and they are uncontroversial: housing leaders in and out of City Hall agree that they would make a difference and are asking Albany to implement them. That means the only impediment is advancing these bills in Albany in the final days of legislative session. During a crisis of this magnitude, we need all hands on deck to solve a housing crisis and we have no time to waste.