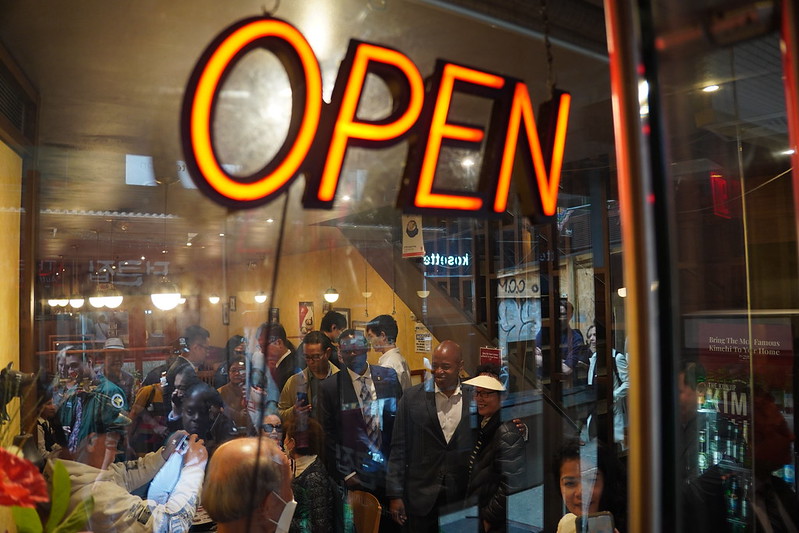 Our city has seen better days. You can’t walk a block in Chelsea without feeling like you’re in a graveyard of small businesses — I count six vacant storefronts on my block alone. The streets feel far less safe than they used to — a fight recently broke out next to my wife and me as we exited a coffee shop on 8th Avenue. And every day it feels like there’s more and more trash — everywhere.

In fact, these individual issues are all part of an underlying cycle of reduced street vibrancy that threatens to stick with us beyond the pandemic. Remote work began a process whereby reduced foot traffic in Midtown and the surrounding neighborhoods like Chelsea and Hell’s Kitchen led to vacant storefronts and undisturbed piles of trash, which led to reduced street safety, which led to further reductions in foot traffic. And on the cycle goes — unless we act.

Fortunately, the Adams administration recognizes this issue of vibrancy. Unfortunately, too large a portion of its attention is directed at forcing a return to work and at a nightlife-focused campaign to “let the city dance.” (Though I should note that I am supportive of some of the less attention-grabbing initiatives introduced by the mayor, such as proposals to make it easier for homeowners to create new rental units without additional parking requirements and for business owners to expand in their current locations.)

The core issue for communities in the middle of Manhattan is to restore vibrancy by building more livable neighborhoods for residents. The policy prescriptions aren’t easy, but they are achievable if we take three steps: First, we must increase foot traffic throughout workdays, weekday nights, and weekends by making New York’s housing affordable to a diverse array of residents, including young families; second, we need to tackle street safety head-on; and third, we have to fill in storefronts by disincentivizing landlords from accepting long-term vacancies and providing creative solutions to vacant space.

It starts with housing: unless it is possible for people to afford to live in our neighborhoods, then they cannot be livable. An innovative and progressive approach to fixing our housing crisis begins with passage of the Good Cause Eviction state bill that would cap rent increases and give tenants more power in negotiating their lease renewals. In the medium term, the state must continue increasing the supply of affordable housing to bring down prices, doubling down on efforts to convert unused office spaces and hotels into housing. Lastly, we should be on the search for the space and funding to build the next-generation Penn South or Manhattan Plaza — and ensure we remember the importance of those beacons of affordability.

Assuming reduced housing costs make it possible for people to live here, then the challenge becomes ensuring that people want to live here. And people want to live where the streets feel safe and dynamic. Today, homelessness has reached a crisis level, and our homeless neighbors are making an arguably, and sadly, rational choice to stay out of the unsafe shelter system. That must change, via significant investment in social services and job training to help homeless New Yorkers get on their feet.

It’s also critically important we take bold steps to keep guns off our streets; just last week, gunshots were fired near a Chelsea school, though thankfully no one was harmed. I applaud Governor Hochul and Democratic legislators for acting swiftly to strengthen “red flag” laws and raise the age for purchasing an assault rifle. We must do everything we can to stop gun violence and the pipeline of out-of-state guns that flood our streets. The safety of our neighborhood depends on it.

And finally, we arrive at solving the problem of vacant storefronts. Proposals like Assemblymember Linda Rosenthal’s bill to tax landlords for long-term vacant storefronts are a great start. Landlords should pay for the harm that they incur on neighborhoods when they leave commercial spaces vacant in the long-run by holding out for rents that are too high.

But let’s build off of this bill and ensure that we achieve the purpose of filling in our storefronts while retaining economic viability for mom-and-pop property owners: we can provide those same landlords with the opportunity to waive the vacancy tax if they allow organizations like ChaShaMa to temporarily use the space for free as a “pop-up” art gallery or performance space. Every empty storefront is an opportunity to revitalize our streets, bring in small businesses, and find a mutually beneficial arrangement for the community and its landlords.

We can’t sugarcoat it: the city is in a tough spot. But we have an opportunity right now to change an undesirable “new normal” before it solidifies. Let’s stop begging workers to return to offices and let’s start making New York a place that everyone wants to live in again, including its current residents.

***
Harrison Marks worked in the Office of Management and Budget in the Obama Administration  and lives with his wife and son in Chelsea. He is a Democratic candidate for the 75th Assembly District. On Twitter @HarrisonDMarks.