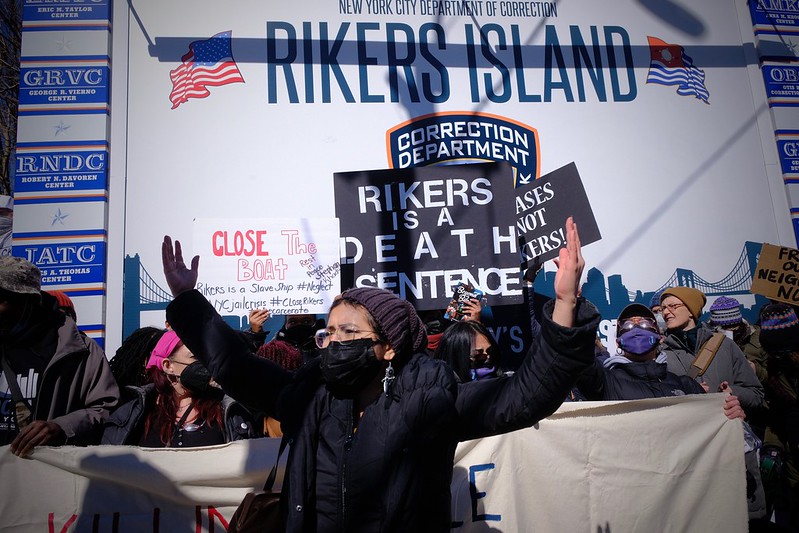 If you listen to the NYPD Commissioner, you would think that after bail reform was passed in 2019, everyone was released from jail and judges lost all power to send people there. I know from painful personal experience that is false.

Thousands of people are still incarcerated while awaiting trial in New York State, stripped of their liberty before they’ve had their day in court. One of them is my son. For over a year, he’s been on Rikers Island, where an unaffordable bail can turn into a death sentence – like it did just a couple weeks ago for Mary Yehudah. We don’t need to roll back bail reforms to send more people to jail on unaffordable bail, and despite all the fearmongering, New Yorkers know there are better solutions.

My son has struggled with mental health challenges since he was a child. Two years in horrible juvenile detention centers upstate only made his problems worse. He’s a young man now, and he’s spent so many of his formative years – before his brain is fully developed – in one kind of jail or another, exposed to so much violence and so little help. Last year, he had been sleeping on the streets, and was approached by police. The encounter escalated into a confrontation.

At arraignment, his bail was set at $75,000 cash. There is just no way I could pay that amount. I’m a single mother making minimum wage in my human services job. I knew that New York  had passed some reforms to the cash bail system, but I couldn’t see any evidence of that in my son’s case. I learned the law now requires judges to consider the person’s ability to pay. How could the judge have considered my son’s financial situation, or mine, and still set bail at $75,000? That’s not a bail, it’s a ransom.

Judges must also offer multiple options for posting bail. One of those options should have allowed me to pay about 10% of the bail and bring my son home, with an agreement to pay the rest if he didn’t return to court. But that option was set at $250,000, over three times the cash bail amount. It was clear the judge was not trying to make sure my son returned to court, he was determined to send him to jail. And he did.

My son arrived at Rikers in May 2021, just days before the Correction Commissioner resigned and a federal monitor issued a report saying that “Staff and Supervisors on the unit are simply unwilling or unable to accept and execute their core responsibilities.” The same month, the City Council held a budget hearing and discovered that an average of 1,300 officers were calling out sick on weekdays, and up to 2,000 on weekends. The crisis continues to endanger the lives of everyone incarcerated at Rikers.

What this has meant for my son is that instead of making sure he returns to court – the supposed justification for pre-trial detention – being in jail is keeping him from getting to court. He’s missed about ten court appearances during his time at Rikers. These delays have only unnecessarily lengthened his time in jail. Last month, the Department of Correction told me he refused to go. But when I heard from him, he said they never told him he had a court date.

My son is far from the only one missing court because of the crisis at Rikers. This is in the same jail system where there were 7,070 missed medical appointments in December, and DOC tried to claim 5,268 of them were missed because incarcerated people refused to go. That’s hard to believe. I know my son’s mental state has deteriorated since he’s been at Rikers. But whether he’s in mental distress and refusing to leave his cell or the guards aren’t showing up to take him, the reality is that being incarcerated is the reason he isn’t showing up in court.

Now my son is considering taking a plea. It’s really tempting – he wants to be home, and he especially wants to get out of Rikers. But it’s not fair. My son, like so many others, was harassed by the police for being homeless, held for ransom by a judge, and denied due process by guards who don’t care about doing their jobs. Where’s the justice in that?

In the NYC Speaks survey conducted this year, New Yorkers named affordable housing and mental health treatment as the two most important investments for a safer city. If the Mayor and other elected leaders are serious about safety, they should shift their focus from attacking bail reform to investing in these resources that could help my son and many others live more stable and productive lives.

***
P. Mass lives in the Bronx, is an advocate and member of Freedom Agenda.