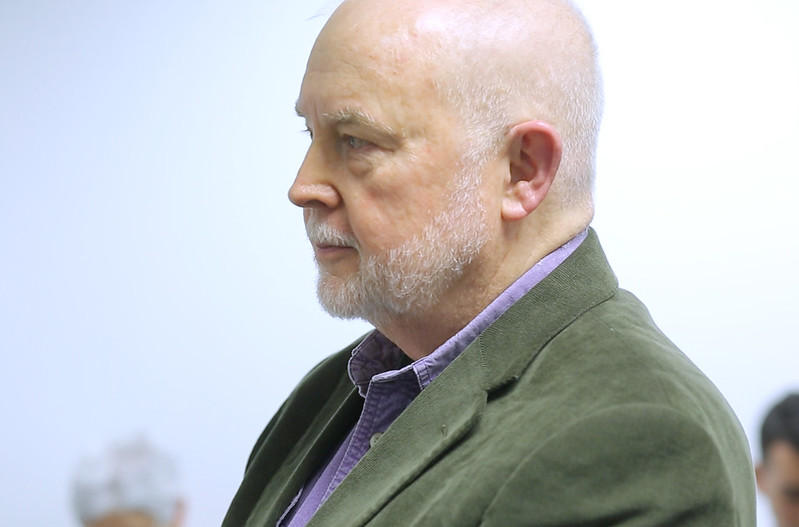 The New York City Rent Guidelines Board is getting ready to hit tenants in rent-stabilized apartments with a big rent increase this Tuesday, the largest in nearly a decade.

In its preliminary vote on May 5, the board voted 5-4 for a “range” of increases: between 2 and 4% for one-year lease renewals and 4 to 6% for two-year renewals. While the board is not locked into this, experience tells us that the final vote will be somewhere in these ranges, which will be harmful to the vast majority of tenants forced to pay the increased rent.

This obscure board and its workings are largely unknown to the public, including the 2.5 million New Yorkers living in rent-stabilized apartments. But for more than five decades, its decisions have had a direct impact on the pocketbooks of tenants and the profits of landlords.

The mayor appoints all nine members of the Rent Guidelines Board. Two represent tenants, two represent landlords, and five are so-called public members. The five public members constitute a majority and in most years the vote goes like this: the two tenant members vote against the rent hikes because they’re too high, the two landlord members vote no because they’re too low, and the five public members come in somewhere in the middle with a “reasonable compromise.” It’s an annual charade; the May 5 preliminary vote broke down this way, as no doubt will the June 21 final vote.

Under Mayors Koch, Giuliani, and Bloomberg, most public members were pro-business, and under Bloomberg they were overtly hostile to rent stabilization. Under these mayors the board adopted large rent increases, in some years wildly more than what the board’s data justified.

Mayors Dinkins and de Blasio chose more fair-minded individuals with the result that tenants paid less. De Blasio’s rent board adopted a partial rent freeze in four of the eight years he occupied City Hall. This provided welcome relief to tenants who had been slammed by the Bloomberg board. The excessive Bloomberg rent hikes are baked into stabilized rents permanently, meaning tenants are already paying more than they should.

Mayor Eric Adams will have the chance to replace all the public members as their terms expire, and his actions so far do not inspire confidence. He has made frequent statements about the need to help small landlords, even though the average landlord owns 21 properties. Recently, Adams appointed a new public member, Arpit Gupta, who has made public comments against rent regulation and looks as if he might as well be a landlord member.

Adams is using inflation as an excuse to justify larger rent hikes. But inflation affects tenants as much as, if not more than, landlords. Even a 2 or 3% increase in rent will be harmful to families struggling to pay the ever-rising grocery bill. The median rent in 2021 for rent-stabilized apartments was $1,400 per month. A 2% rent increase at that rent level would be $28 per month, and a 6% hike $84. With median household income for rent-stabilized tenants being $47,000 as of 2020, these monthly increases would create real hardship.

The NYC Rent Stabilization Law of 1969 was written by the real estate industry, in collaboration with Mayor Lindsay, and was designed as the weakest form of rent regulation. While many of the bad features of this law have been corrected by the State Legislature over the years, the Rent Guidelines Board process remains the same. It is high time for reform.

One concrete example: For four decades legislation has languished in Albany that would require City Council confirmation of Rent Guidelines Board members. Checks and balances are the cornerstone of a functioning government and this bill should have been enacted years ago.

Another: Instead of serving a fixed term like the other members, the Rent Guidelines Board chair serves at the pleasure of the mayor, allowing for unwarranted interference in the board’s workings. The current chair, David Reiss, happily went along with de Blasio’s call for a rent freeze, and now seems to be auditioning for a new mayor who has declared that he intends to raise rents.

Except for Dinkins, all mayors have tried to influence the board, whether overtly or behind the scenes. Koch and Giuliani were especially controlling; in some years Giuliani even stated publicly what he thought the numbers should be. Establishing a fixed term would give the chair more independence to act outside of political influence.

Until this process is restructured, this annual charade will play out over the next four years under a landlord-leaning chief executive, to the detriment of tenants.

***
Michael McKee is treasurer of the Tenants Political Action Committee. On Twitter @McKeeTenantsPAC.