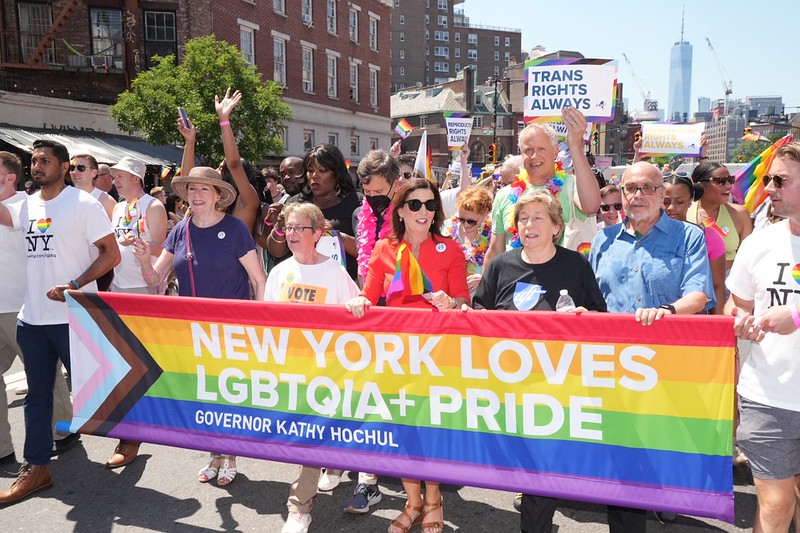 As we celebrate Pride Month, the New York State Department of Health (DOH) has just released a sobering report revealing the startling health disparities faced by LGBTQI+ New Yorkers. We need continued action to advance equity in our health-care system.

Yet the DOH plans to proceed with a Medicaid pharmacy benefit carve-out that’s a legacy of the Cuomo era and would disrupt health care for millions of Medicaid recipients, many of whom are LGBTQI+. It also could lead to the closure of the community clinics that serve them—all in the name of generating dubious savings.

Proceeding with the Medicaid pharmacy carve-out would make it more difficult for LGBTQI+ New Yorkers to access the life-saving care they need. New York State’s own data recognizes long-standing inequalities in health care delivery and health outcomes, particularly among Latino and other communities of color, as well as low-income communities.

DOH HIV surveillance data further demonstrates that LGBTQI+ New Yorkers, communities of color, and low-income communities continue to bear the brunt of the HIV epidemic, despite advances in effective HIV treatment and prevention: They have higher infection rates, are less likely to be engaged in treatment to become virally suppressed, and those who are at high risk for HIV have lower rates of PrEP uptake.

A large portion of SNP participants are communities of color and people of LGBTQI+ experience—in particular, transgender and gender-nonconforming (TGNC) New Yorkers. SNPs work closely with their members, pharmacies, and culturally competent providers, and they have expert pharmacists trained in LGBTQI+ health care.

Approximately 6 million New Yorkers would lose access to specialized pharmacists, including those with expertise in HIV, mental health, and gender-affirming care. The pharmacy carve-out contradicts Governor Hochul’s and the DOH’s actions to address HIV and health care disparities, which are outlined in the New York State AIDS Institute Director’s call to action.

The Governor has the power to repeal the carve-out, and we call on her to do so immediately.

We only have to look to California to see how catastrophic following through on this short-sighted policy would be. After a similar pharmacy carve-out was implemented in California earlier this year, thousands of Medicaid beneficiaries went weeks without their medications. Providers faced authorization delays, making it harder to treat complex conditions. Call centers were overwhelmed.

The state argues that this model will save money. However, studies indicate it will actually cost taxpayers billions in the long run. California’s experience clearly demonstrates that the carve-out will cause treatment delays that will cost New York more money, not to mention higher emergency room and inpatient costs.

For the LGBTQI+ community, accessing care is already difficult enough. LGBTQI+ people routinely face discrimination and harassment in medical settings. TGNC people often have to educate their health-care providers about transgender health issues, due to a lack of provider training.

The pharmacy carve-out would worsen New York’s health disparities for LGBTQI+ communities and communities of color. It’s easy to see why so many New Yorkers aren’t engaged in care. If we force people to confront another obstacle in our state’s health care system, who knows how many will drop out of care for good?

New York State needs to expand access to care for LGBTQI+ people, including gender-affirming care, HIV treatment, and mental health care. The pharmacy carve-out takes us in the wrong direction: It will cost the state more money and needlessly place millions of lives at risk.

Let’s not create more barriers for those already facing grave health disparities, and instead make it easier for all New Yorkers to live their healthiest, most authentic lives. We ask Governor Hochul to take action today and repeal the Medicaid pharmacy benefit carve-out.