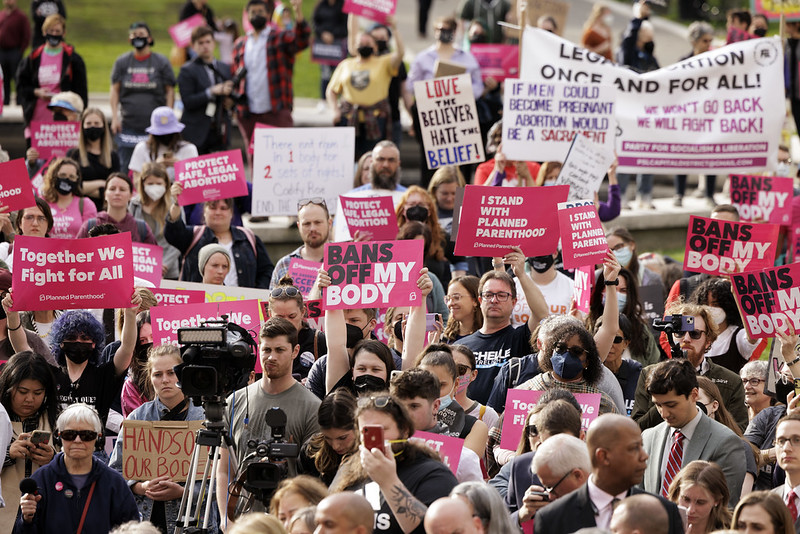 The Supreme Court’s horrific decision to overturn Roe is not only a severe blow to women’s autonomy over their bodies, it is a powerful reminder that addressing the real impacts of sexism and gender inequality is not on the national agenda as much as it should be.

Right now, women — especially women already living paycheck to paycheck — are at serious risk of falling off the economic cliff, resulting in dire consequences not just for them, but for their families and communities. For most people, including women, housing is their single biggest expense. And it’s increasing.

That is why with the economy slowing, inflation rising, and the pay equity gap exacerbated by covid, developing housing that is affordable and sustainable is more important than ever.

Women are also increasingly likely to be the sole or primary breadwinner in their families. And the economic impact of covid has disproportionately hit women, either by forcing them out of the workforce because of caretaking duties or by putting women out of work in industries like teaching and healthcare, where women are overrepresented. This is on top of the fact that women-headed households are already having more trouble making rent.

Now, the Supreme Court has added forced childbearing to this already financially toxic sea. Women will be forced to spend hard-won savings or borrow money to travel for abortion. They will lose jobs because they have to be absent from work as they seek care. Others will be forced to have children they can’t afford.

All these things together mean women are at great risk of losing their housing.

To help mitigate the growing economic challenges women face, we need more housing that is affordable. That means two things need to happen, and they need to happen quickly.

First, we need new housing models. “Affordable housing” is often defined as housing that a) costs less than one-third of someone’s gross income and b) is available only for families who earn well below the median income of a geographically defined area. Avoiding “rent burden” is a good financial metric, and it is also fair to target lower- and moderate-income families in jurisdictions where the cost of market-rate housing would make them rent-burdened.

But that’s far too narrow of a definition of affordability. Housing isn’t “affordable” if it requires a mean and expensive two-hour commute or saying ‘no’ to a new job because it’s too difficult to get to and moving’s not on the table. It’s not “affordable” if it means forcing a child to change schools or moving to a neighborhood that feels unsafe.

For decades, the prevailing policy and financing approach has been to segregate market-rate housing from affordable housing. In practice, it means wealthier people generally find housing that meets that financial metric — and that also preserves their quality of life. We haven’t given those with fewer financial resources those same options.

Beyond that fairness issue, dividing families on the basis of income is one of the things that exacerbates social inequities, leading to significant differences in economic, education, and health outcomes.

It’s time to do it differently. We need a true mixed-income housing approach that brings people together and gives them the same access to quality schools, healthcare, economic opportunity, and social infrastructure.

Second, we need private investors to be a larger part of the solution and invest in these different models.

By forging true public-private partnerships that are predictable but flexible, we can increase housing production and provide more affordable homes to the people who need them.

The need for housing that is safe and affordable for women is only going to grow. We know from experience that to address women’s needs, women have to be at the table. Gender does matter. So let’s make a concerted effort to direct capital and opportunities to firms that are run by women — whether that’s architects, developers, or in my case, real estate fund managers. Let’s give them a chance to do it differently and do it better.

To be clear: Building housing that works for women isn’t the answer to the overturning of Roe v. Wade. The answer to that is to keep fighting until those rights are restored.

In the meantime we have to do everything we can to make sure women have the support they need to stay afloat economically in stable, affordable housing.

***
Alicia Glen is a national housing expert and the former deputy mayor for housing and economic development for New York City. She is the founder and managing principal of MSquared, a women-owned real estate development and impact investing platform building mixed-income housing that is affordable. On Twitter @AliciaGlen.