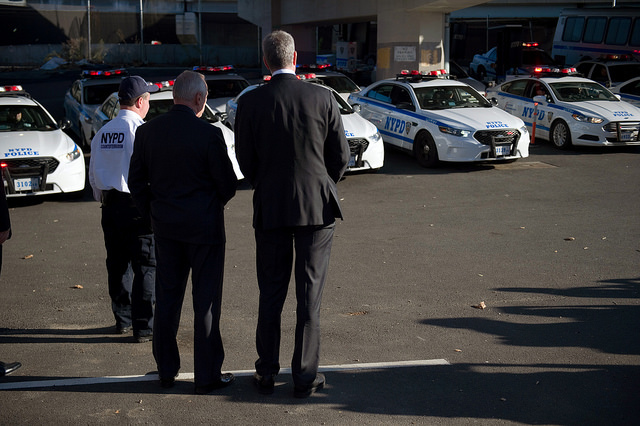 In 1992, the Manhattan Institute's quarterly policy magazine, City Journal, published a special issue focused on "The Quality of Urban Life." At the time, New York was a dangerous, dirty, and purportedly ungovernable city. "Cities should be comfortable places," wrote the magazine's then-editor Roger Starr before setting out an ambitious agenda to reclaim New York's public spaces. In the years to come, New York followed through, cleaning up the streets and subways, reducing crime dramatically, and prospering.

Victories are never permanent, though, and serious challenges remain. Education tops the list. Strong schools are crucial for cities looking to attract and retain families. Yet New York's schools still suffer from many of the same problems that plagued them in 1992: union contracts that favor teacher seniority over performance; a lack of choice and alternatives for parents; and lax standards and curricula in the classroom.

We can point to signs of progress. With the encouragement of the Giuliani and Bloomberg administrations, charter schools have proliferated. The first city charter opened in 1999; more than 200 now operate in the city, and they've put up strong results. Black and Hispanic charter students outscore their counterparts in traditional district schools in both math and English language arts. Yet charters remain a too-small portion of the more than 1,800 schools that make up the public school system.

The teachers' unions remain powerful, but they face significant legal challenges. A case currently before the Supreme Court could put an end to the mandatory dues collection that makes public-employee unions so politically formidable in New York and elsewhere around the country. Common Core, though controversial, is establishing a more rigorous set of academic standards.

These are positive developments for the city's schoolchildren and their families, but New Yorkers deserve more from their education system—namely, greater levels of choice, competition, and access to information. With this goal in mind, the Manhattan Institute helped to launch SchoolGrades.org, which provides a transparent assessment of public school performance across the country. More such resources, combined with an embrace of flexibility in education by Albany and City Hall, could go a long way.

The remarkable improvement in New York City's quality of life since the 1990s has attracted new residents, an encouraging development but one that has multiplied demands on the city's aging infrastructure, including its public transportation system. Subway ridership hit a 65-year high in 2014 and is up over 60 percent from 1992 levels.

Major train lines—such as the 4, 5, and 6— regularly run at more than 103 percent capacity during peak ridership periods, as anyone who has crammed into a packed train during rush hour can attest. And the stations themselves are increasingly dismal, blighted by pooled water, litter, and crumbling walls.

Successful cities must plan for the consequences of success. This means building and maintaining the infrastructure to support new residents. A subway system unprepared to transport those people could quickly run into crisis.

Our political leaders must do better. Governor Andrew Cuomo once again stalled the few new stations on the long-planned Second Avenue subway. While three stops are slated to open next year on the Upper East Side, we're decades away from completing this vital project.

Concern over public order has also crept back into headlines. We're still a long way from the chaos of the 1980s and early nineties, but there's reason for concern. The rising numbers of vagrants, the more aggressive panhandlers making their way into Times Square, the growing push for decriminalizing "minor" offenses such as public urination and fare-jumping—these and other trends suggest a city on the verge of forgetting just how much effort it took to revive itself two decades ago.

We must avoid what longtime Manhattan Institute senior fellow Fred Siegel described in 1992 as a "collapse of common standards" in our city. When ordinary citizens retreat from public spaces, it leaves a vacuum to be filled by the forces of disorder. We know where that leads: to a city that repels people and businesses.

Whatever problems persist in New York City, we must remember how far we've come. The reformers of 1992 sought to rescue a city on the brink. This week, during the Manhattan Institute's quality-of-life week, we call on all New Yorkers to help preserve the city's gains for future generations.