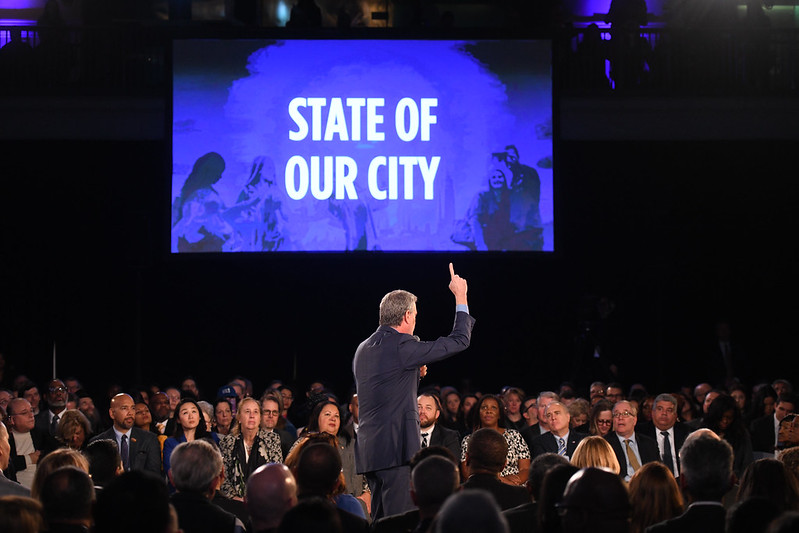 New York City is at a crossroads. As our response cautiously shifts to recovery, we will have an equally important responsibility to reimagine the promise of the greatest city in the world. While Bill de Blasio has a year to jumpstart that progress, it will largely fall to the next mayor to make it happen.

I helped grind the gears of City Hall for three years under this administration. I saw a lot that worked and a lot that didn’t. With the 2021 mayoral race quickly taking shape, here’s the advice I would give whoever is elected to write one of the most important chapters in our city’s history.

Have a strong chin. Nobody escapes City Hall unbloodied. The legacies of Koch, Dinkins, Giuliani, and Bloomberg needed heavy polishing in the years after they left. De Blasio’s will, too. The second hardest job in American politics is not for people who need to be loved. Being mayor is a service-delivery job and people are never satisfied with their service. Test scores go up and crime goes down because of teachers and cops. Schools lag and crime climbs because of you. This is it for your political career, so smile and do the right thing.

Think big. One in five New Yorkers is out of work. Safety, tourism, transit, and tax revenue feel less reliable than they have in two decades. We can’t count on Albany or Washington for help. Incrementalism will not restart our economy and pragmatism alone will not restore faith in our city’s future. We need a big thinker capable of reimagining some foundational elements of our city’s physical and economic landscape to meet this moment. If you’re not ruffling some feathers, you are not thinking big enough.

Be strong and sometimes wrong. Politicians in search of perfect triangulations that make everyone happy fail in New York City. So do those toiling to perfect bulletproof fixes to intractable problems. New Yorkers, and our media, reward courage and confidence – even if that decisiveness means a few more swings and misses. Manage to make lots of good decisions rather than a few great decisions. When you get it wrong, own it. It will be a welcome reminder to New Yorkers that you don’t think you're perfect.

Do not touch animals. The media love animal stories because people love animals. Don’t take the bait. Cradling groundhogs and relocating wayward deer seem like easy wins right up until the moment they are not. Animals only die. Except rats, which you will never be able to kill to anyone’s satisfaction. If you want a friend in politics, get a dog. Just don’t pet any.

Redistribute wealth without dividing people. You don’t have to be a fan of our rigged economy to be a fan of wealthy New Yorkers’ contributions to our city. Good politicians are great at picking villains to harpoon. Those who do it best avoid targeting whole classes of people. We are going to need everyone at the table for this recovery, especially those with resources to leverage. Let’s leave a light on for them so they can help pay the bill.

Understand moments – and how to see past them. Twitter isn’t real life. Your city wants better cops, clean streets, safe and improving schools, and a sharp plan to reduce homelessness. Each week will offer a new challenge that someone smart will say is legacy defining. It almost never is. The subjects on your final report card will be much more conventional than anyone ever says. Have a nose for movements and moments, but don’t be held captive by them.

Don’t argue with the refs. New York City reporters are the most aggressive and talented in the world. Like any good New Yorker, they are colorful storytellers. Coverage of you will range from aggravating to downright unfair. The good news is that you don’t need to waste your time fighting them. Right or wrong, people won’t care about your gripe. New Yorkers read, watch, and listen to reporters we like. Fight with our favorites and you’ve made yourself the enemy.

Manage as an ideology. Being mayor is three things. It’s earning and leveraging public opinion to accumulate power you can spend on things people want. It’s knowing how to move things – mostly trash, snow, people, and money. And it’s being able to square lots of diffuse data and history in making more tough decisions in a day than corporate CEOs make in a month. Doing those three things well is about managing your agenda, your time, and your financial and human resources against a clock. You must enjoy making sausage to make good sausage. You won’t get the results you want if your heart is the only thing pointed in the right direction.

Live like us. We know your schedule is busier than ours. The least you can do is occasionally survive the city like we do every day. Take the subway. Ride a bike or a bus. Go to bars not in midtown hotel lobbies. Sit in the cheap seats. Break out of the rose-colored bubble that will grow around you. You get a mansion, bodyguards, unlimited staff, and a front-row seat to the greatest show on earth. Walking a few minutes in our shoes is a decent way to show some thanks.

New York City is a circus that needs clowns. You can’t make a point in New York City’s public discussion without a personality – even when you run City Hall. Champion the things that we love and hate the things we hate. Chase ambulances to tragedies and heroes. We reward outsize characters and even some big egos. We covet personal flaws and self-deprecation. If you are a mayor who can’t laugh when you’re the butt of the joke, the joke will always be about you.

***
Eric F. Phillips is a crisis communications and media relations consultant. He was Mayor de Blasio's longest-serving press secretary, from 2016-2019. On Twitter @EricFPhillips.