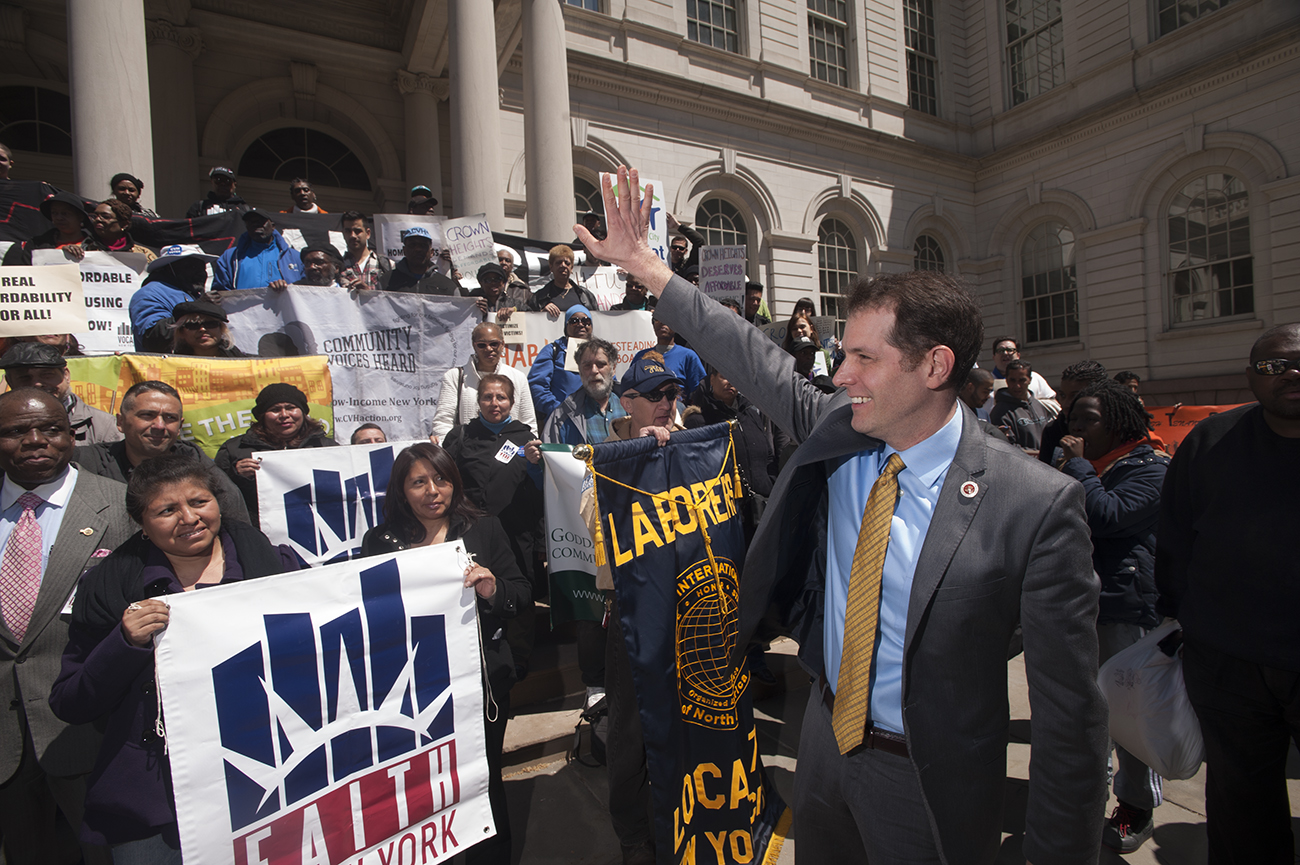 If your only source of information on our legal system were Law & Order, you might believe that everyone going into a courtroom to face a potentially life-changing judicial decision would have the benefit of an attorney.

You would be wrong. The right to counsel applies only in criminal court. In civil court, only those with means have attorneys – and everyone else is left to fend for themselves.

This has clear implications for the fields of immigration, bankruptcy and family law. But it is in housing court (the division of civil court dedicated to ruling on disputes between landlords and tenants) where the impact is breathtaking, with sweeping consequences for New York City.

New York's housing court system is notoriously byzantine, and is complicated to navigate even for attorneys. Tenants forced to represent themselves on this terrain can have difficulty grappling with even basic procedural matters like filing the necessary paperwork to secure a court date. Failure to do so results in a default judgement in favor of the landlord.

The imbalance in housing court carries a heavy toll for tenants: in 2013 there were nearly 30,000 families evicted from their homes in New York City. This figure is steadily rising, up more than 20 percent in the past decade. Two-thirds of evictees have annual incomes of $25,000 or less. Two-thirds live with children under 18 years of age.

For low-income tenants, the consequences of evictions are devastating. Evictions contribute to our record homeless population and the city's rapid loss of affordable housing. Thirty-seven percent of those admitted to our shelter system are coming directly off an eviction, and the vast majority of these individuals had no attorney during their housing court proceedings.

The majority of evictees live in rent-regulated apartments. Once these homes are vacated, landlords can easily exploit legal loopholes to permanently move the units to market-rate rent for future tenants.

Landlords are all too aware of the uneven nature of housing court. The most unscrupulous building owners regularly initiate legal proceedings based on shaky cases. They bank on the fact that few tenants will be able to afford an attorney and many are intimidated into leaving their apartments rather than face a trial.

Even tenants who win their cases don't necessarily come away unscathed. A small industry of tenant screening companies maintains a "black list" of individuals whose names appear in housing court proceedings. Many landlords in New York City and nationally buy these lists and will refuse to rent to tenants who have had cases brought against them, regardless of the final decision of the housing court judge.

Most elected leaders in New York City support ending this clear injustice. The obvious solution is to provide attorneys for tenants in housing court. But funding concerns have prevented anything more than tiny pilot programs from taking root.

There are, however, compelling economic arguments for implementing such programs. Each bed in our homeless shelters costs $36,000 per year. Developing a single unit of affordable housing costs over $250,000. Yet the price of legal representation in housing court is a comparative pittance, estimated at $1,600 to $3,200 per case.

We are collaborating with our ally and colleague, Councilmember Vanessa Gibson, to address this problem. The Levine-Gibson bill, Intro 214, calls on the City to provide all low-income tenants with attorneys in housing court. A majority of the City Council already co-sponsors this bill.

We are optimistic the momentum for dramatic action on behalf of low-income tenants in housing court will continue to mount. After all, viewers of Law & Order know that the little guy can indeed beat long odds and win the case. Especially when they have a good attorney.

***
Mark Levine is the New York City Council Member for the 7th District in West Harlem and Jaron Benjamin is the Executive Director of the Metropolitan Council on Housing.