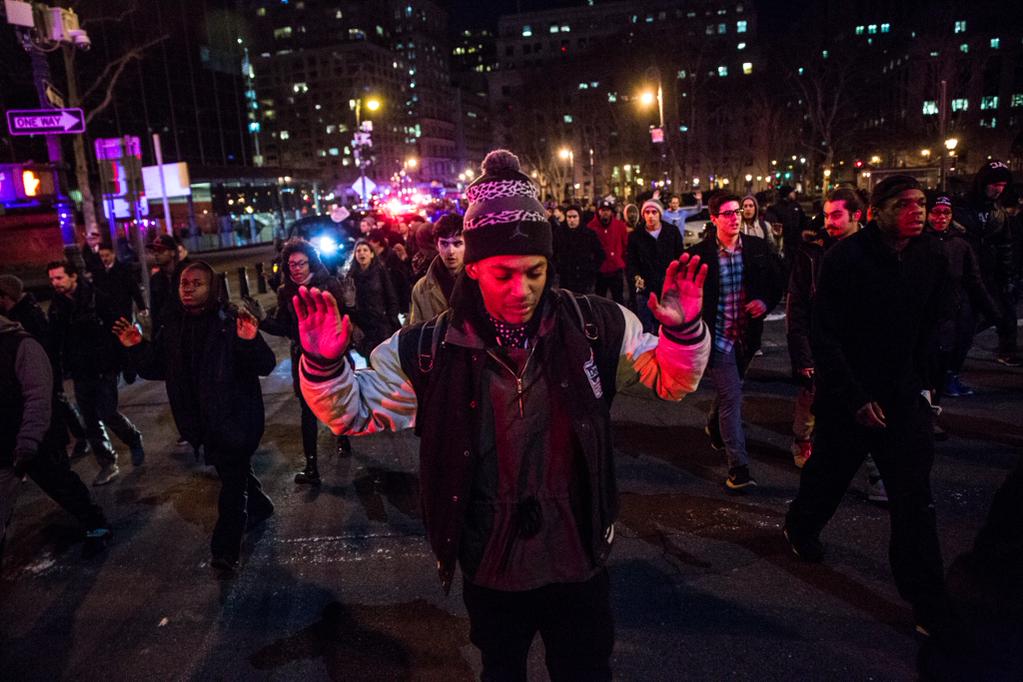 Good morning. I'm incredibly appreciative that school is in session today in New York City and that you're there to care for our children. I thank you for the leadership you show and the responsibility you embrace every day. I wish I was going to be leading a classroom today, but I'm not, I left teaching a couple of years ago. So yes, I'm a quitter and you should take the thoughts I offer with whatever skepticism you deem appropriate.

Now I run this news publication. I try to educate the public about New York politics and government; and I continue to closely follow and care deeply about what happens in our schools.

I'm writing to ask that you scrap your lesson plans for the day - and probably tomorrow too.

I know the panic that this notion can instill, bumping anything a day or two often means making even more difficult an already insurmountable task of trying to fit everything in before the end of the marking period. I've been there. But, this is really important.

Today is a day for social studies in virtually every classroom in every school in this city. It's a day to study our society. It's time for current events.

Whether or not you spent some of Wednesday afternoon or evening following the decision of a Staten Island grand jury and its aftermath; and whatever you think about that decision and what has been said and done since; it's incredibly important that we make sure students know what is going on and provide them with space to process. It's important for us adults too, of course. I hope you agree.

I understand what I'm getting at here - bumping whatever you have planned for today (and maybe tomorrow) and talking with students about controversial political things that center around race and crime and protest - might be making you pretty uncomfortable. As it would. And you may have already rolled your eyes at me, which I completely understand. But, bear with me, please.

If you (or your students) haven't been following the circumstances around the July 17 death of Eric Garner on Staten Island and the case of Police Officer Daniel Pantaleo, who the grand jury decided not to indict relative to Garner's death, (or even if you have), here is a timeline of key developments courtesy of The New York Times.

Because it never makes sense to ask a teacher for a last-minute change in plans as dozens of students head for your door without offering support, there are a few other resources linked below, including video of Mayor Bill de Blasio and President Barack Obama commenting in response to the grand jury's decision and a few articles and opinion pieces.

Yes, I'm asking that you talk with your students about what is happening in New York City (and elsewhere). About race and policing and protest and justice. You don't have to have all the answers, or even most of them. You don't have to give your opinions, or even have them. You don't have to tolerate racism or hate in your classroom. But, man oh man do we have some very 'teachable moments' here. Moments for students to ask questions, talk about personal experiences, share what they might have seen or heard last night as New Yorkers marched all over Manhattan in protest.

We shouldn't pass this moment up - we should talk about these things - even in biology or algebra.

As Chancellor Carmen Fariña wrote in a memo to Department of Education staff on Wednesday morning that you may or may not have seen: "As adults, we know that there are many positive ways to respond to complex situations that result in greater insight and understanding; current events can be a great learning experience for the entire school community."

Clearly doing even a little bit of what I'm suggesting could be very tenuous, even dangerous, in many classrooms, I'm not naive. Obviously you know your students and class dynamics better than anyone else and will use your discretion. But, perhaps there's space for at least some discussion around what almost all students are surely at least somewhat aware of.

Maybe it's just the basics of the Garner incident and Pantaleo case, what happened last night, and where things stand: with federal and internal NYPD investigations underway and several more chapters likely to come in this tragic saga.

Maybe it's a discussion of whether protesters should be allowed to block traffic or of what students think police officers' biggest challenges are in doing their jobs. Maybe it's just journaling and conversation in pairs or small groups about something relevant.

You probably don't need me to tell you any of this, and forgive me if you're annoyed - I know that often the last thing teachers want to hear is other people telling them what to do in their classrooms. I'm simply hopeful that New York City classrooms will be the best places for learning that they can be, today and every day.

***
A brief sample of resources (note: much of the above and below is maturity and age-dependent):

Newsday
Arrests on Brooklyn Bridge as Protesters Fan Out Across City

Newspaper Editorial Boards:
The New York Times
A Search for Justice in the Eric Garner Case

Something different, but very relevant (probably only appropriate for high school and beyond):
NPR
#CrimingWhileWhite Opens A Prism On Police And Race

***
by Ben Max, executive editor, Gotham Gazette
@TweetBenMax
email me: This email address is being protected from spambots. You need JavaScript enabled to view it.