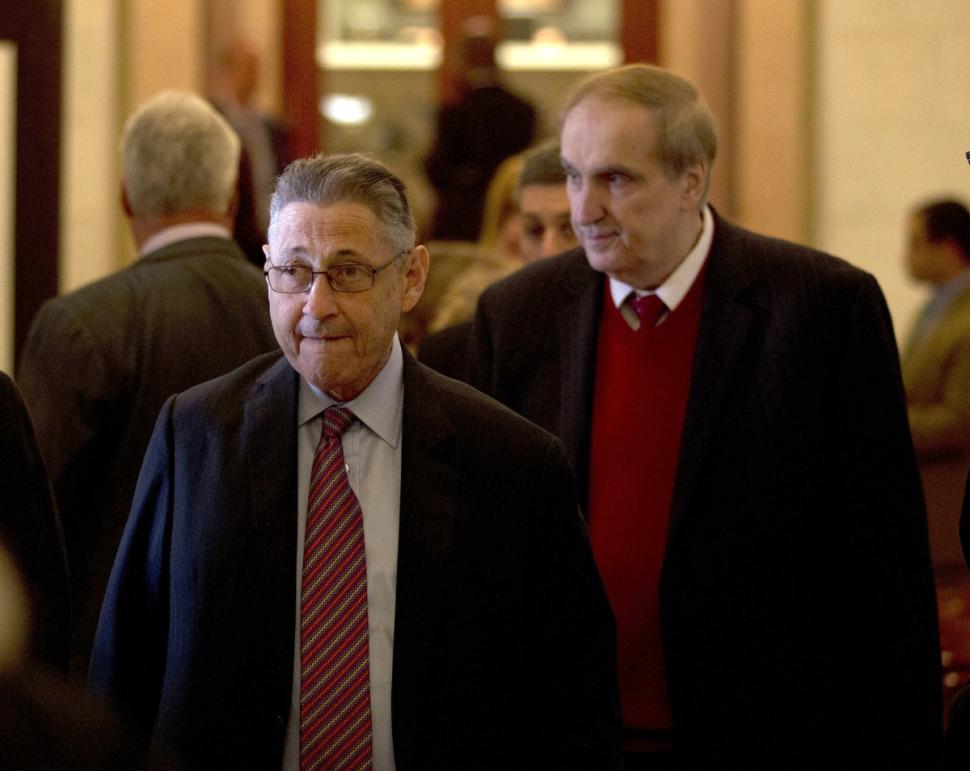 Since Sheldon Silver's downfall, various members of the Assembly have expressed tears and praise for a man whose progressive politics allowed his supporters to forgive all manner of sin. What's a few broken and brutalized women compared to a choice committee, or a successful bill?

"It's horse-trading with someone's humanity," commented one of several victims of sexual harassment in the Assembly, who spoke on the condition of anonymity.

Silver was first elected to the Assembly in 1976, the same year Bill Cosby allegedly drugged and raped Theresa Serignese, one of three dozen women who recently came forward after decades of silence. While an evolving social intolerance finally ended Cosby's career, Silver's flourished despite a repeated indifference to rape, assault, and sexual harassment of Assembly staff. When the once powerful Speaker was finally ousted last week, it was not for strong-arming victims into settlements and gagging them with confidentiality clauses. No, in fact Silver is still being sued because a judge found that former Assembly Member Vito Lopez's second set of victims "have a plausible claim that Silver participated in and caused the deprivation of their rights."

Unsurprisingly, a 2013 Quinnipiac poll found that 58% of New Yorkers wouldn't want their daughter to be an intern in the State Legislature.

But the Cosby effect has yet to hit Albany. Since 2003 when Elizabeth Crothers first reported being raped by Silver's aide Michael Boxley, the chamber has been all too happy to let the Speaker deny women their rights, and degrade them further in the process. Boxley himself has survived thanks to Silver's support and the culture of indifference, but only after allegedly raping a second woman and pleading to a lesser charge. He's now a lobbyist in Albany at Brown and Weinraub. In 2012, a deluge of media reports revealed the disturbing details of Lopez's serial predation and the outrageous lengths to which Speaker Silver went to cover it up. And still, members were willing to defend Silver, eject Lopez, and carry on.

In lamenting the Speaker's eventual fall from grace, the otherwise outstanding Chair of the Assembly Health Committee, Richard Gottfried, explained the calculation thus: "There is no one in public life in New York who has fought more effectively, for decades, for almost everything I care about in public policy than Sheldon Silver."

This is the same kind of justification that Cosby's defenders, like Phylicia Rashad, use to excuse the violence and terror he allegedly inflicted on 35 women: "What you're seeing is the destruction of a legacy. And it's a legacy that is so important to the culture."

Where does that leave the women who were brave enough to stand up for themselves, and the potential others who never could?

"I am angry but I am also tired of being angry at the obscene injustice of New York's calls for fair and equal treatment falling on deaf ears in Albany," one victim derided. "I feel deserted"

"You'd think now that he's no longer in power what are people afraid of?" wondered another.

Indeed. Why continue the charade of standing by the Speaker now that he's gone?

Like Cosby, Silver's legacy is inextricably linked to his callous disregard for the women who needed his protection. But the Assembly's doesn't have to be. It's time to end the charade and acknowledge the full reality of Silver's tenure: there is no amount of political rights which can excuse his grievous wrongs.

***
Alexis Grenell is a Democratic political strategist, she writes a regular column for City & State. You can find her on Twitter @agrenell.