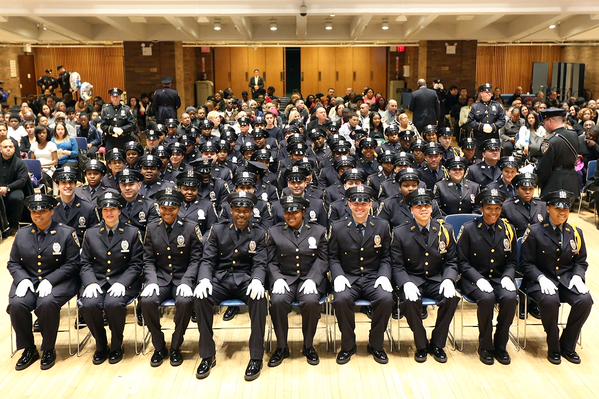 A Brooklyn grand jury recently indicted NYPD probationary Police Officer Peter Liang in the death of Akai Gurley, who was shot in a darkened public housing stairwell in November. The indictment means Liang will be brought to trial on homicide charges.

But an important question remains: is anyone else responsible for Gurley's death?

The finger of blame points at two of New York City's largest and most important agencies. First, the New York City Housing Authority (NYCHA) must bear responsibility. NYCHA knows that stairwells are crime-prone locations that require regular patrols by the NYPD. By failing to maintain a properly lit stairwell, NYCHA placed its tenants and the city's police officers at serious risk of harm.

Worse, Gurley and his girlfriend used the darkened stairs after growing tired of waiting for an elevator, which apparently wasn't working properly. Another example of the disrepair that we know plagues NYCHA buildings, yet receives too little attention.

Clearly, NYCHA's failure to maintain a lighted stairway created a dangerous condition for both tenants and police officers which directly contributed to Gurley's death.

The NYPD is responsible for this tragedy as well. Two inexperienced and unsupervised "rookie" officers – Liang and his partner Shaun Landau – were given the dangerous job of patrolling the stairway. The officers may very well have been inadequately trained, and they were authorized by NYPD to draw their weapons while they patrolled the unlit staircase.

It is especially troubling to consider why the NYPD assigned two rookies to conduct a vertical sweep of this housing complex. Compounding the problem, Police Commissioner William Bratton - before Gurley's death - recognized that his predecessor's practice of pairing rookies together must be changed.

Unfortunately NYPD's decision to eliminate this risky practice of teaming inexperienced officers is ending too late for Gurley and his loved ones - and for the officers involved. Perhaps if a more experienced officer had been partnered with Liang, this tragedy might have been avoided.

Gurley's death – whether caused by criminal or civil negligence – is a tragedy of enormous proportions. The criminal process may bring some closure to Gurley's family and friends, notwithstanding the fact that a trial verdict is always uncertain.

We must not allow those in charge of NYCHA or the NYPD to hide behind "no comment" when questioned about their roles in this tragedy. Although criminal and civil matters are pending, these city officials must tell the people of New York what institutional mistakes were made and how these mistakes are being corrected.

What's needed now is the light of full disclosure. If these agencies fail to acknowledge their roles in this terrible event, further investigation by the Brooklyn District Attorney may be required.

In the realm of public accountability, there should be no darkened stairwells.

***
Arnold Kriss is a former NYPD Deputy Commissioner-Trials and Brooklyn Assistant District Attorney. He is presently a Manhattan attorney.