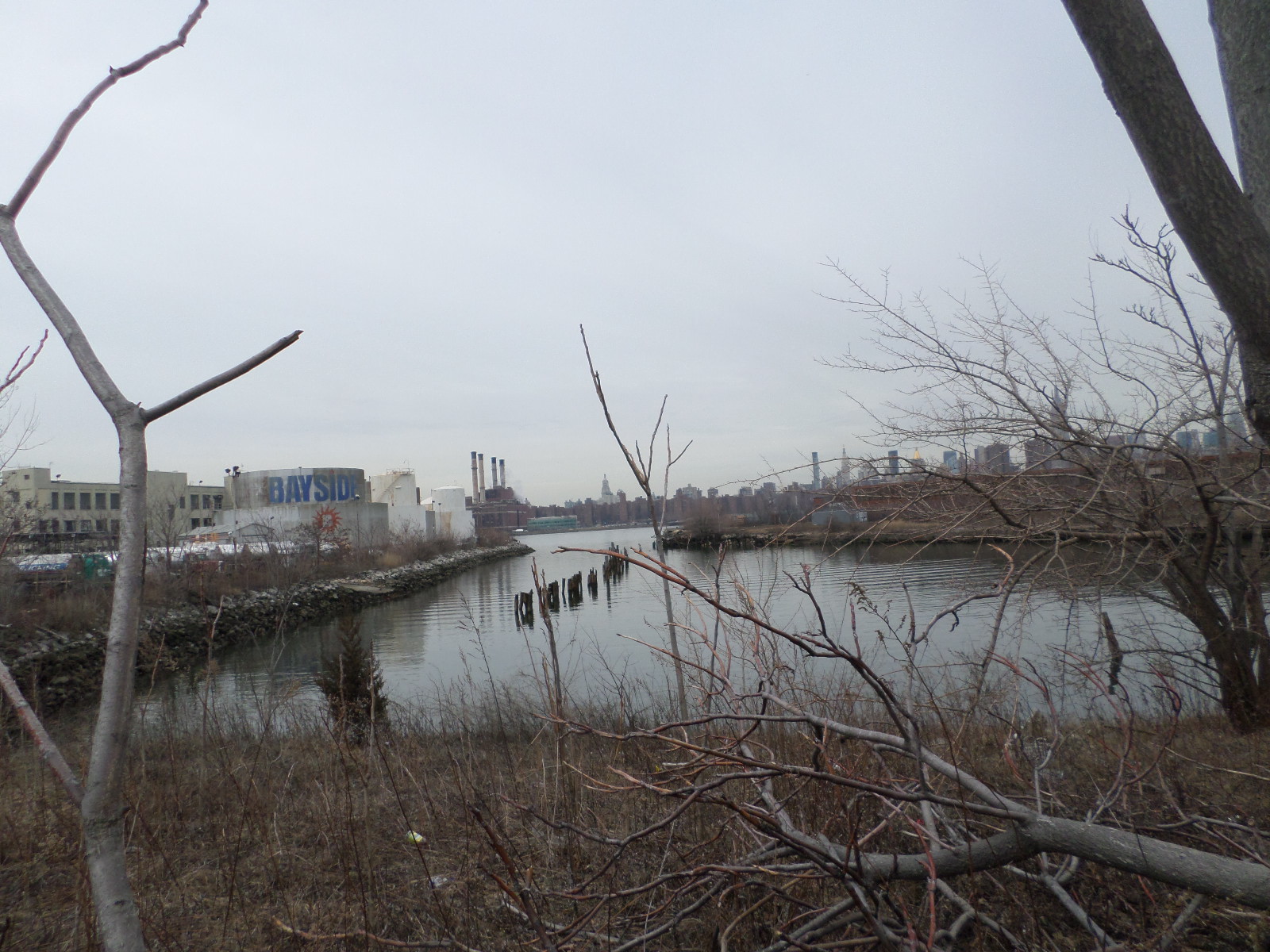 I think there is zero chance of developers walking away from this waterfront. Look at this view! This is the best view in New York City, maybe in the whole world. You've got the entire Manhattan skyline right in front of you. - Council Member David Yassky (Williamsburg/Greenpoint), 2005

In Williamsburg and Greenpoint, luxury condos have been popping up like mushrooms after the rain. Yet ten years after North Brooklyn was promised a 28-acre park on the East River, that park's prospects seem as remote as ever, in danger of slipping away for good. Recently, neighborhood groups have revived the clamor for Bushwick Inlet Park. At stake is not only greenspace for a community that desperately needs it, but the fundamental legitimacy of the city's land use policy. In 2005, Williamsburg/Greenpoint underwent an enormous rezoning, allowing today's luxury buildings. That rezoning came with a promise from the city, and if the city cannot deliver Bushwick Inlet Park, New Yorkers should not trust the city when it comes to rezone their neighborhoods.

Some New Yorkers think of Williamsburg as a gentrified monolith, but it is full of working class communities that have been there for decades: Polish and Italian on the North Side, Puerto-Rican, Dominican and Hasidic on the South Side. These cultural groups have clashed a great deal over the years, but little has brought them together like waterfront development, long blocked off to all of them by heavy industry.

Activists began organizing around waterfront development in the mid 90s, collaborating on Brooklyn Community Board 1's comprehensive 197-A Plan for the waterfront. A 197-A Plan is the most powerful (though still non-binding) tool under the City Charter for neighborhoods to chart their own long-term development, and this plan recommended large open spaces, public access to the waterfront, mixed use development along Kent Avenue, and a strong commitment to affordable housing. The plan was approved by the City Planning Commission in 2001 and City Council in 2002.

Yet in 2005, when Mayor Bloomberg went all in on his Olympic bid and needed the Williamsburg waterfront for beach volleyball, his administration tossed the 197-A plan in a recycling bin and put forward a whole new rezoning vision for the waterfront rooted in luxury development. The community fought that proposal with everything they had. Elected officials opposed it. People rallied at City Hall. Guerilla activists in costume raised awareness. Articles were written. Forums were held. Multiethnic alliances were forged. TV on the Radio played a show in support of neighborhood activists! You couldn't have asked for better democracy in action.

When modifications were made to the rezoning proposal, some remained upset, but others admitted that the affordable housing, public park and economic development opportunities made the deal a fair one. City Council Deputy Leader Brad Lander, then with the Pratt Center, raved, "The communities of Williamsburg and Greenpoint win because today there is a guarantee of new and permanently affordable housing, instead of a virtual guarantee that new development would price residents out of their homes."

The revised 2005 rezoning, which featured 54 acres of new parkland, including a 28-acre park at the Bushwick Inlet, passed overwhelmingly. To help visualize the promised park, it would be 80% the size of McCarren Park, flank the Bushwick Inlet, and include a beach and boating. North Brooklyn is currently 5% parkland, a third of the city average, is nowhere near a major park, and has one of the lowest open space ratios in the city. If luxury condos were going to change the neighborhood forever, at least the neighborhood would be getting something it needed in return.

The 2005 deal wasn't without its critics, specifically because of concerns that promises to the public wouldn't be delivered. Kimberly Miller from the Municipal Arts Society observed that Jersey City's recent waterfront rezoning had similarly made promises based on private development that never came to fruition. The legendary Jane Jacobs predicted "with utter confidence" that the 2005 plan "will maybe enrich a few heedless and ignorant developers, but at the cost of an ugly and intractable mistake." (Like one developer who built 4,000 waterfront condos after contributing heavily to NY2012, the Bloomberg committee behind NYC's attempt to win the Olympics.)