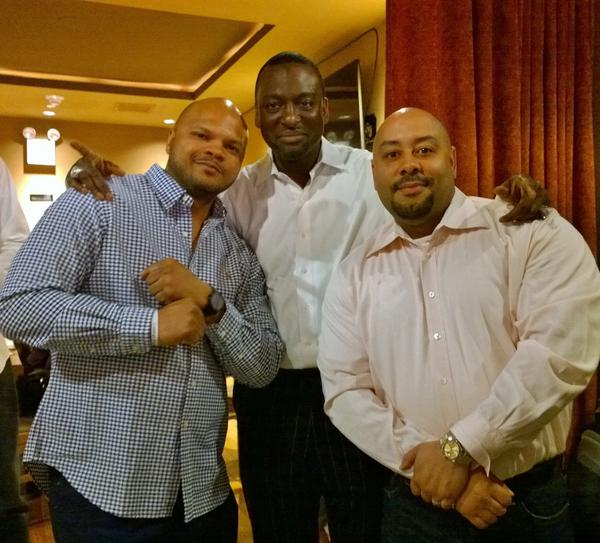 The author, Yusef Salaam, middle, & other members of the Central Park 5 (photo: @venusinorbit)

We were interrogated for over 30 hours. We were accused, threatened, lied to, unable to eat or drink. All of this culminated in severe physical and emotional exhaustion and eventually prompted some of us - teenagers at the time - to provide false confessions to the infamous attack of the Central Park jogger.

Almost none of this interrogation process was video-recorded. Instead, the jury saw video-snippets of what appeared to be damning confessions; not the hours of coercion or the details of the crime that police were feeding us and demanding that we include in the well-rehearsed video "confessions." Although I did not provide a signed or video-taped confession, the police and prosecution claimed that I had offered an admission implicating myself in the crime. I made no such statement, but because there was not video capturing our interrogations from start to finish, the truth was buried. The jury never saw what led to Raymond Santana, Kevin Richardson, Korey Wise and Antron McCray, all teenagers, to falsely confess on tape. And as a result all of us – the Central Park Five – were wrongfully convicted.

The system failed us, but now New York can enact simple and practical changes in police procedure to ensure that false confession does not result in additional wrongful convictions. Assembly Speaker Carl Heastie should use his leadership to pass A8157 out of his chamber. This bipartisan bill, which the Senate has already passed, would address two of the root causes of wrongful conviction in New York and nationally: false confession and misidentification. The bill would require police to video-record interrogations from start to finish and would provide law enforcement with the necessary training and resources to implement eyewitness identification practices that have been scientifically proven to protect against misidentification.

With the legislative session in overtime, I implore Speaker Heastie and the Assembly to pass A8157. Lawmakers have a duty and a responsibility to ensure that no one else in our great state has to endure the horror of wrongful conviction.

***
Yusef Salaam is a member of the Central Park Five and was wrongfully convicted of rape and assault.