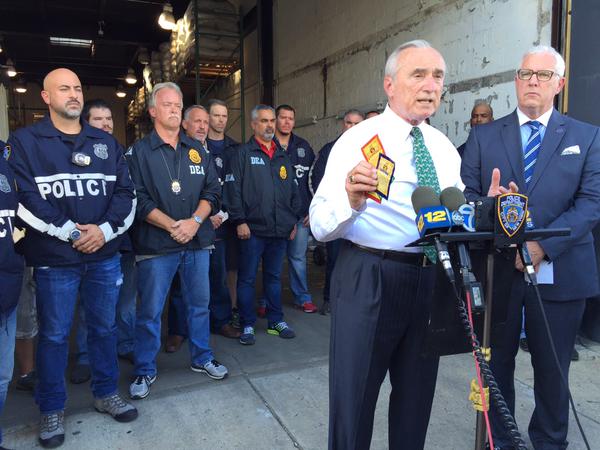 James Blake's treatment by NYPD officer James Frascatore was appalling, and only reinforces the need for substantive reforms that have yet to be acted on by Mayor de Blasio, Commissioner Bratton, and the New York City Council.

While the incident may have been shocking to some, it was unsurprising to those of us living in black and Latino neighborhoods throughout our city. And if it hadn't happened to a tennis celebrity with a Harvard pedigree, it may have never come to public light, with Officer Frascatore spared the same scrutiny.

For those of us working towards constructive changes that eliminate police abuse and brutality, James Blake was sadly just the latest incident of police brutality.

The reality is that some officers too often abuse the power they wield in communities. Whether it's excessive use of force, violation of basic rights, or disrespectful conduct, these transgressions occur on a regular basis.

Yet, the mayor and police commissioner have balked at addressing the issue of abusive policing head on with action, while paying some rhetorical service redirecting public attention from real accountability.

Neither their vague neighborhood-policing plan – without comprehensive community engagement – nor their commitment to provide new training to officers will address this systemic problem. Commissioner Bratton's latest announcement about enforcement of the NYPD's minor rules on officers also won't impact the failure to hold them accountable for violating their primary oath to protect and serve.

Until departmental policy and the fundamental nature of police-civilian encounters are changed, abuses will continue unchecked.

Beyond the New Yorkers, such as Eric Garner, who have been killed by police in an unjust or questionable manner during the two years of the de Blasio administration, many other troubling non-fatal incidents have come to light: the police officer who punched a teenager unconscious in Clinton Hill, the NYPD officer who shoved two women, one of whom was five-months pregnant, and the most recent piling on and punching of a man in a Brooklyn Target.

That's just a small sample of incidents known to the public.

The fact that Officer Frascatore is the subject of four lawsuits for excessive force during false arrests and five Civilian Complaint Review Board complaints in only four years in the department demonstrates that the problem isn't training or neighborhood policing; it's the lack of accountability for officers who conduct themselves in this way. Paid suspensions or moving someone around within the department is not enough.

Officer Daniel Pantaleo – who placed Eric Garner in a chokehold – similarly had provoked multiple lawsuits. As long as officers see no real consequence for conduct like this, we will not see change.

The problem is historic and systemic, which is why we called for Mayor de Blasio and Commissioner Bratton to implement zero tolerance for police brutality in our end of 2013 transition report, Safety & Civil Rights for All New Yorkers: The Mayor's First 100 Days. That would mean that there is no place in the NYPD for officers who brutalize civilians.

The fact that neither Frascatore nor any of the officers on the scene identified themselves as police or showed their badges speaks to a chronic problem that New Yorkers face when interacting with officers.

As Mr. Blake so aptly explained, had he actually defended himself from someone in plain clothes who never identified as law enforcement seemingly assaulting him, the incident could have escalated and he could have ended up seriously injured or worse.

There are solutions to these systemic problems. De Blasio and Bratton must get serious about police brutality by enacting a strict policy that removes officers who brutalize civilians from the department. The New York City Council must also pass the Right to Know Act, which would require officers to identify themselves to civilians and to explain the reason for law enforcement activity.

***
Winston-Griffith is the executive director of Brooklyn Movement Center, which is a member of Communities United for Police Reform.