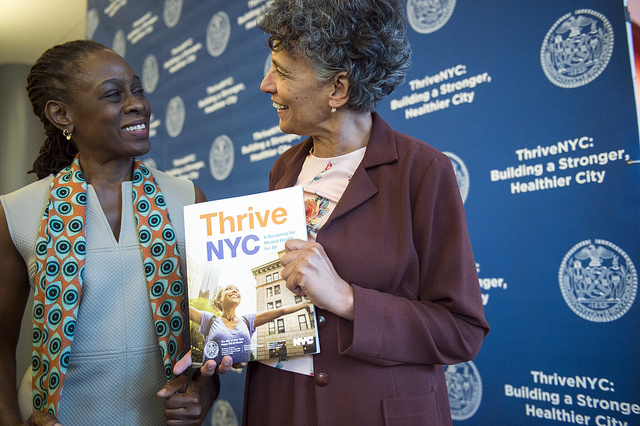 There is a hot topic trending in the debate over the war on drugs: should there be safe places for intravenous drug users to inject? A panel of experts from around the world convened a symposium in New York City to share their experiences and the panelists and their sponsor, VOCAL NY, called for such a facility in the city. They are completely correct.

There are an estimated 100 supervised injection facilities worldwide and advocates credit them with reducing both overdose deaths and the spread of infectious diseases (HIV and hepatitis C). These facilities offer clean needles, a sterile environment, and emergency services in the case of an overdose. They also provide education, counseling, access to treatment, and other services that might save users' lives.

Without such refuge, addicts resort to "whatever it takes" to get high and the resulting health problems resonate throughout society by way of the spread of infectious disease and the death of loved ones.

The rise in heroin, the primary drug used via injection, is well-documented and New York is no exception. Staten Island is the borough hardest hit by the heroin epidemic; 74 people there died of overdose in 2014. Many heroin users began by taking prescription painkillers that are chemically similar and after becoming addicted find that heroin is cheaper and easier to obtain.

Mayor de Blasio traveled to Staten Island in early December to announce measures addressing the heroin crisis there. He has made naloxone, an overdose antidote, available in pharmacies without a prescription and promised to increase the availability of substance abuse treatment by licensing more physicians to prescribe maintenance drugs that dull the cravings for heroin.

These are good steps. We still need supervised injection facilities.

Naloxone does not prevent overdoses which can occur from the improvised situations that users often find themselves in. Supervised facilities prevent overdoses by providing an environment that is cleaner and less chaotic than, say, a gas station restroom.

The spread of infectious disease through unsanitary conditions and instruments represents an even deadlier and widespread threat than overdose - infected users spread disease to unsuspecting loved ones, often through sexual intercourse.

One of the thorniest problems in combating illegal drugs is the fact that they are illegal and addicts, because they are punished, deplored, and shamed for their disease, live in the shadows, apart from mainstream society. Supervised facilities provide a place where they are not judged. Staff, often recovered addicts who understand their dire situation, can offer users a path out of their misery and provide education on infectious diseases and methods of prevention.

Supervised injection facilities are one example of the "harm reduction strategy" towards substance abuse. Needle exchanges are another example; they accept the fact that users will utilize infected needles if that is their only choice, but respect that users are intelligent and prefer clean needles if they are available. The immediate result of needle exchanges is fewer persons infected with HIV and Hepatitis C, thus the harm of addiction is reduced. New York City has 15 needle exchanges, but only one on Staten Island and, sad to say, no one is asking for more.

The harm reduction strategy is the polar opposite of the 50-year-long "war on drugs" which was lost long ago, though few will admit it. Throughout the world opinion is shifting towards decriminalizing all drugs. A recent draft United Nations report recommended decriminalizing drugs and Portugal did so about ten years ago with no discernible detriment to civil society.

A recent editorial in the Staten Island Advance excoriated the idea of safe places like supervised injection facilities, saying that they encourage more drug use - but they do not; they encourage safe drug use.

It is the plain fact that many thousands of people, without any encouragement, are seeking out heroin for any number of reasons. On Staten Island, and throughout New York City, it is time to tear down the walls that separate us, bring users in from the cold, and offer them whatever help we can.

***
Christopher Beall works at a criminal justice nonprofit in the Bronx and is on Twitter @JailedintheUSA.