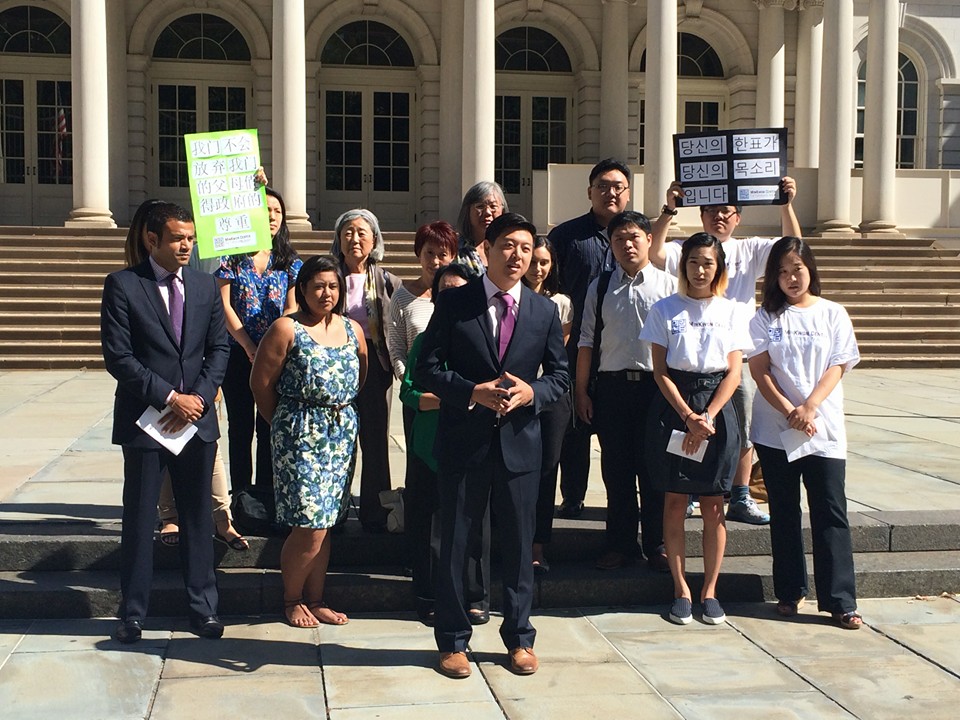 Any good democracy should reflect a society’s diversity in its leadership. The undemocratic way in which the 65th Assembly District special election is unfolding should galvanize all communities, particularly underrepresented ones, to push for reforms and encourage underrepresented New Yorkers to be more civically engaged.

America does not always have accurate and inclusive representation in government. This is especially true in state legislatures. A few weeks ago, a study released by the New American Leaders Project found several distressing trends. Although 38% of the U.S. population identifies themselves as people of color, only 6% of state legislators come from such a background.  Furthermore, the New American Leaders Project’s survey of non-white legislators found that during some of their campaigns, they were actively discouraged from running by their own political party.

This problem is painfully apparent in New York. For the past 40 years, Sheldon Silver ruled over the 65th Assembly District, commonly referred to as a majority-minority district. This district includes Chinatown, a neighborhood that has steadfastly served as the epicenter of growth and opportunity for many Asian immigrants since the 1900s.

Silver is said to have had a vice-like grip on his seat, and only released his hold when the courts forced him to leave upon a federal corruption conviction. His departure and the subsequent special election should have given New Yorkers the opportunity to vote for new candidates who actually reflect their community. However, residents of the district were robbed of that opportunity.

Since the announcement of the special election, the deck was stacked against any possible candidate outside the local political machine, one which Silver still controls. On January 30, despite the protests of the media and good government groups such as Common Cause New York, a special election date of April 19 was announced, which was five months earlier than the strongly suggested September 13 New York State primary date. Just a few hours later, local blogs and newspapers revealed that the Democratic County Committee, a subset of the state Democratic Party, would determine the Democratic nominee for the special election in one week, effectively ending an election just seven days after its start.

The candidate the local county committee selected on February 6 was Alice Cancel, the wife of the Democratic County Committeeman and political club boss of the Lower East Democrats, John Quinn. Cancel has had no qualms praising Silver.

The quick and fixed process prompted one candidate, Yuh-Line Niou, to refuse to be considered for the Democratic line, stating that “this process is not one anyone would have chosen to reflect the diversity of our district, and to be fully democratic.”

The election in April will be a farce, with only one name on the Democratic ballot line in a district where Democrats outnumber Republicans 8 to 1. Come fall, the Democratic pick will have an incumbent advantage, and Chinatown may once again be represented by someone who has not democratically earned the right to do so.

This is a mockery of American democratic values, and we must all act to ensure it does not happen again.

There are two ways we as concerned citizens can do so. First, push to adopt the policy recommendations from Citizens Union’s 2013 report on political clubs to curb excess influence over institutions like the Democratic County Committee. The report found that the financial and personal ties within and among political clubs, machines, and individual politicians were suspect and strong. For example, during the 2011 federal trial of former City Council member Larry Seabrook, it was discovered that he had used the Northeast Bronx Democratic Club as his personal ATM. To fix this, Citizens Union recommended that a political club’s financial activities be transparent and regulated.

Secondly, underrepresented communities must become more civically engaged. During the midterm elections in 2014, Asian-American voter turnout was abysmal—only 4% of the eligible population voted. We can and must do better.

Civic engagement does not start or stop at the polls. Being engaged means joining a community board, voting in primaries, participating in candidate forums, reading political news, and joining organizations that advocate for people’s rights.

What has happened in Chinatown proves that now is the time for our underrepresented communities to get involved and make a difference.

***
Serin Choi is the Advocacy Chair for the Korean American League for Civic Action, a non-partisan non-profit organization that advocates for increased Asian leadership in the public sector.