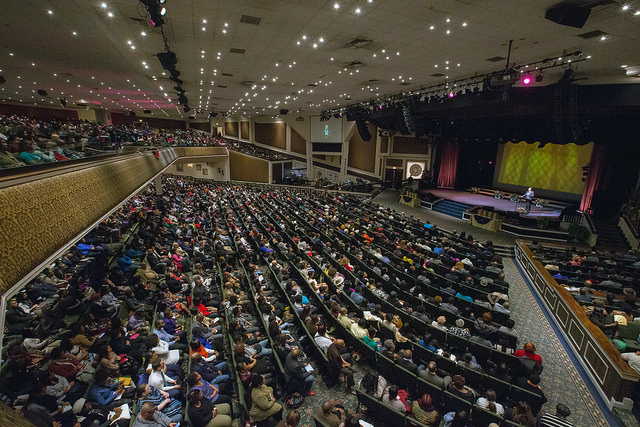 New York's Constitution mandates that every 20 years New Yorkers be granted the opportunity to vote on whether to call a state constitutional convention. This referendum is next on the ballot on Nov. 7, 2017.

The unique democratic function of this referendum is to provide New Yorkers with a mechanism to bypass the Legislature's gatekeeping power over constitutional reform, which is a problem when the Legislature has an institutional conflict of interest with the people. Such a conflict occurs when the Legislature controls the constitutional powers of competing branches of government (e.g., the judicial and executive branches of government) and its own internal powers (e.g., legislative ethics, term limits, campaign finance, ballot access, and redistricting).

Since 1776, what is now the United States has had 236 state constitutional conventions and New York nine.

Fourteen states, including New York, have the periodic convention referendum. The last one to pass in the U.S. was in 1984.

So far, New York is following this pattern, as it did in 1997, the last time the referendum was on the ballot. Since January 2015, 16 newspaper op-eds have called for a convention, while none has opposed. Governor Cuomo has announced support for a convention, including setting up a $1 million preparatory commission, while no prominent state politician has announced opposition.

Partially due to such one-sided public arguments, calling a convention is way ahead in the polls, leading 69% to 15% according to a Sienna Research Institute poll. Despite this lead, most political experts believe that the convention referendum will lose because waiting in the wings for a last minute PR blitz is a well-organized and deeply-financed opposition, which includes the special interest groups that excel at influencing the Legislature and fear the convention as a populist institution.

Opponents' campaign arguments directed to the general public will include: A convention will be outrageously costly, thoroughly corrupted by both the Legislature and special interests, wastefully redundant with the Legislature, likely to result in either too little or too much change, and controlled by majorities who will violate minority rights and minorities who will violate majority rights.

These arguments need to be subject to well-informed scrutiny. This can only be accomplished if media, think tank, and other public opinion leaders bring the opposition out of the shadows. Two-sided public debates, including dueling op-eds and interview programs, should begin now.

In a democracy, one reason public campaigns for vital elected offices, such as U.S. President, start many months before election time is that time is needed to have a well-informed debate. Open, sustained conflict also breeds popular interest. If opponents aren't willing to engage publicly, the public and press will remain uninformed, which allows last minute, sound-bite sized fearmongering to thrive.

Starting a two-sided public debate early also helps compensate for New York's loophole-ridden campaign finance referendum disclosure laws, which aren't a match for modern, anti-convention referendum politics, including the complex influence-laundering schemes that accompany them. For example, New York doesn't require disclosures during the last 19 days before a referendum—just when the attack ads become most intense.

No more fundamental right exists in a democratic system of government than the people's right to reform their government despite legislative opposition. New York's upcoming debate over how best to implement that right should be treated as seriously as the U.S. presidential election. The framers of New York's 1846 Constitution who bequeathed this right to us in the form of the periodic state constitutional convention referendum would have wanted no less.