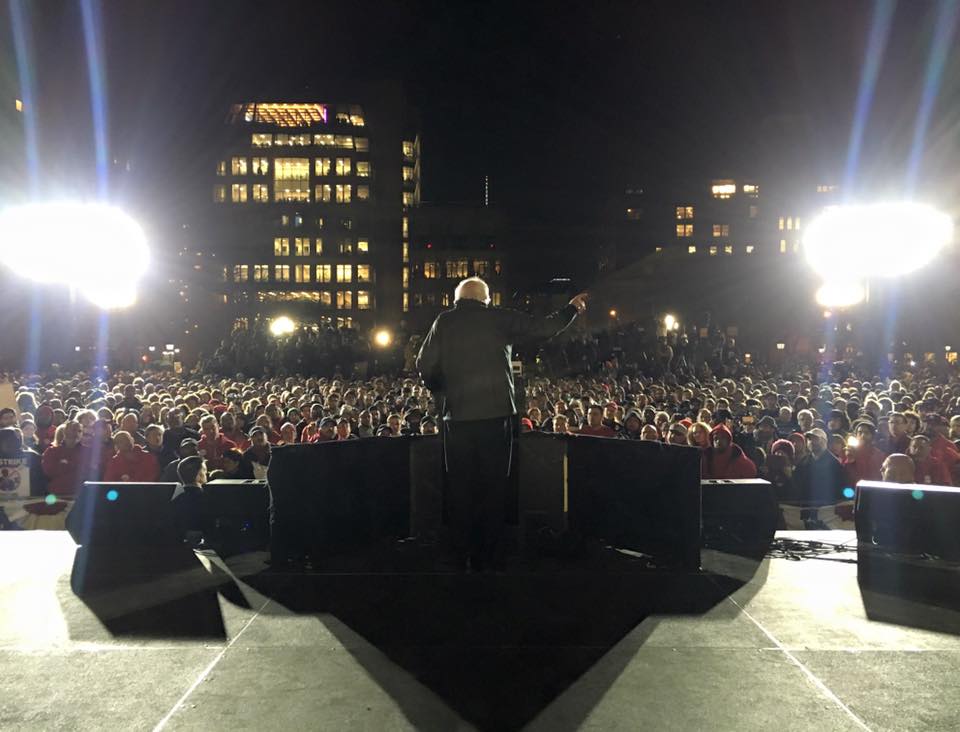 For the first time in generations, both the Republican and Democratic parties are still engaged in extremely competitive presidential primary races as New Yorkers go to the polls. While everyone is eager to see which candidate on each side of the aisle earns the most votes on Tuesday, the statewide popular vote is not the only factor, or even necessarily the most important factor, in amassing the key prize: loyal delegates.

Each party uses its own arcane system to apportion and select its bound delegates for the coming national nominating conventions. This process is now of interest to a much wider group than in the past, and will significantly influence the path ahead for all five candidates, their supporters, and millions of other Americans.

The Basics
New York holds closed primaries with strict registration rules. As Douglas Kellner, co-chair of the New York State Board of Elections, said, “Only enrolled party members have the right to vote." Kellner added that "The deadline for changing enrollment was last October,” with new voters allowed more leeway.

Most New York Republicans will be voting for one of the three remaining GOP presidential candidates, although a fourth, Ben Carson, will still be on the ballot. They will send 95 delegates to their national convention in Cleveland. All will be bound by Tuesday’s vote, at least through the first convention ballot.

Democrats will not only vote for a presidential candidate, but also for up to seven individual delegates, whose names will be organized into Clinton and Sanders slates by congressional district. They will send 247 pledged delegates to their national convention in Philadelphia alongside New York’s 44 unpledged “super” delegates.

Democratic delegates will be pledged proportionally, while Republicans give a far greater share to the winner, both statewide and by district. According to the latest Quinnipiac poll, Donald Trump continues to lead with 55% statewide and “in every region of the state.” If Trump holds that broad lead, he could walk away with almost all of New York’s delegates.

New York Republicans have a two-step process to their national convention. On Tuesday, they choose how all 95 delegates will be pledged. But if there are multiple ballots in Cleveland, who the actual delegates are will matter. That is where the second step comes in: the New York Republican State Committee will choose its delegates at its own convention, likely in May.

In contrast, the Democrats will elect most of their specific delegates on Tuesday, although their at-large delegates will also be chosen at a later state convention.

The Republicans
New York Republican rules are considered “proportional” by the Republican National Committee (RNC), but in reality are “winner take most” due to their majority triggers for winner-take-all at both the statewide and congressional district levels. If any candidate wins over 50% statewide, he would collect all 14 at-large delegates. Otherwise, they split proportionately among all candidates who cross a 20% minimum threshold.

Each of New York’s 27 congressional districts gets three Republican delegates. At that level, the GOP awards all three delegates to a majority winner. If no one breaks 50% in a given district, then two delegates would go to the plurality winner and one to the runner-up.

As Adele Malpass, chair of the Manhattan Republican Party, puts it: "The thing to watch for on Tuesday night is whether Trump breaks 50%."

With three Republican delegates per congressional district whether an area is deeply red, deeply blue, or pretty purple, things can get interesting. The system means a few hundred Republican voters in a (heavily Democratic) New York City district could be enough to swing its GOP delegates, while it might take tens of thousands upstate.

One GOP strategist told me, "Ted Cruz is smart to focus on the Orthodox Jewish vote. About 40% of the registered Republicans in the 10th [Congressional District], which includes really liberal areas like the Upper West Side, actually live in Borough Park. That's the kind of district where Cruz might be able to beat Trump."

But Malpass, who is one of the few large county party leaders to remain neutral in the primary, said, “Cruz hasn't been able to overcome his ‘New York values’ comment.” She added “Manhattan could be Kasich country.”

With Trump polling around 55% statewide, and Cruz and Kasich both hovering around 20%, it can help to look at three possible scenarios:

Regardless of which scenario occurs, Trump is almost certain to win a clear majority of New York’s delegates unless polling proves to be very wrong.

The real drama on the GOP side might well occur weeks after the primary, when the Republican State Committee meets to select the actual delegates.

Through 2012, the New York GOP selected its delegates much the same way that the Democrats do: each presidential candidate would submit a slate of delegates in each congressional district. But after some tension between the state party and the Romney campaign, the state party changed its rules.

Under the new rules, the full Republican State Committee will later name the 11 at-large delegates (the other three of the 14 are ex officio, but still pledged), while the State Committee members within each of the 27 districts will decide their three delegates.

Trump has recently taken to accusing the GOP of running a “rigged” system for selecting delegates, including in states with similar procedures. However, Malpass says "I don't think the system is ‘rigged,’ but it is complex and different in each state."

And if County Party Chairs exercise as much influence over State Committee members as is generally assumed, Trump’s recent announcement that he has been endorsed by the Republican Party Chair in 32 of New York’s 62 counties, including 16 of the 20 largest, bodes well for his chances of having at least some delegates remain loyal to him if there are multiple ballots in Cleveland.

The Democrats
New York Democrats have a total of 291 delegates: 247 pledged (84 at-large and 163 district-level) plus 44 unpledged “super” delegates. Each of New York’s 27 congressional districts elects either five, six or seven, depending on the district’s proportion of Democratic votes in recent presidential elections.

Trudy L. Mason, a vice-chair of the New York State Democratic Committee, described Tuesday’s process: “First, you vote for Clinton or Sanders, then you vote for individual delegates. Within each district, the pledged delegates are apportioned based on the presidential preference vote. The delegates are then chosen in descending order of votes received on each slate, alternating by gender to ensure equal balance.”

Mason added, “[Another] 84 at-large, pledged delegates will be chosen at the New York State Democratic Convention in May, also proportionate to the statewide presidential primary vote. This may sound like a Byzantine system, but it works.”

The Democratic Party system is designed to achieve two things. The first is proportional representation at the national convention for each candidate. The second is selection of a gender-balanced group of pledged delegates who will be loyal to their candidates, or at least nominated by their campaigns. And while the “Byzantine system” should work as planned, what it will not do is give Sanders much of a chance to catch up to Clinton in pledged delegates should he win New York. Nor will it give Clinton the kind of opportunity to deliver a knock-out blow that a winner-take-all victory could.

Get Ready for Tuesday
So what can New Yorkers expect to see after the polls close on Tuesday?

In all likelihood, Clinton and Sanders will run close enough together that the proportionate split keeps Clinton’s lead in pledged delegates intact. She is polling around 10 points ahead of Sanders across the state and has a sizeable delegate lead coming into New York, though Sanders has been shrinking her margin with a steady stream of recent wins.

On the Republican side, Trump is likely to win the lion’s share of delegates, at least through the first ballot in Cleveland. And, given the breadth of Trump’s support throughout the state party, many of the individual delegates chosen to go to Cleveland may stick with him.

Cruz has the opportunity to beat expectations by picking up some delegates on what is considered unfriendly turf for him.

And all John Kasich has to do to win his first delegate in over a month is come in second to Trump in at least one district, keeping Trump below 50% there in the process. Kasich has an even bigger opportunity to collect some at-large delegates and a lot of press attention if a late surge in his support holds Trump below 50% statewide. To paraphrase Fred Ebb's famed lyric, if Kasich can't make it here, he probably can't make it anywhere.

***
Gus Christensen is a financial consultant to non-profits and start-ups, as well as a former investment banker and political candidate.