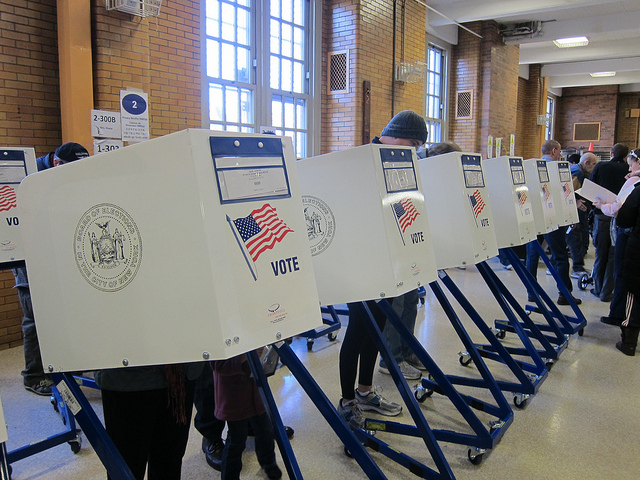 My dad Ruby Benjamin worked as a professional basketball player, a New York City cop, a hosiery salesman and, for much of the second half of his life, the owner of a liquor store on West 31 Street, between Broadway and Sixth Avenue. He loved his first two jobs, but liked the last one the best (the sales job was another story entirely.) Twelve hours a day, six days a week in the store was grueling. “But nobody tells me what to do, Jerry,” he’d say to me. “I’m my own boss.”

Being the boss brought responsibilities that never came up when you worked for the city or some big company. “It costs money to put the key in the door,” my father said. “You have to cover the overhead.” The heating bill was yours. So was the lighting bill. If you needed pens and pencils and scotch tape you could not bring them home from the office. You had to buy them.

But it was worth it, because no one told you what to do.

We like to say that our representative democracy is a system in which the people rule; we are the owners of our governments, or ought to be. Ruby has been dead for almost a decade. But lately, as I’ve read daily about one campaign finance scandal after another, I’ve been reminded of his understanding that being the owner meant having to pay the overhead.

The cost of fair competitive elections is our heating and lighting bills as citizens of a democracy. Elections are where we exercise our ownership. As owners, we have to pick up the tab. If we let others pay our bills for keeping our system going, we will lose our ownership, and our democracy. Just look around. That’s what’s happening.

You will hear from some that elections should be funded with private money, because “the people should not be paying out of their taxes for politicians’ careers, especially politicians with whom they disagree.” Ironically, this argument is often made by incumbent politicians with ample access to the big money that flows through New York State’s virtually limitless campaign finance morass. The truth is that public financing of elections is not about supporting one politician or another. It is about supporting a competitive, accountable democratic system of government.

The U.S. Supreme Court’s conflation of free spending and free speech, however wrong-headed, legitimizes a long-established maxim. For several thousand years, at least as far back as the Greek playwright Euripides, people have written that money talks...and loudly. Recent investigations of possible campaign finance improprieties in state politics reinforce the point with another: money - like water - finds a path. It can be directed, but not stopped. Big corporations, big labor unions, rich people with big dollars to spend will always seek to find a way to buy an edge. They’re happy to take ownership of our political system; they might even settle for a hefty mortgage. But they have to be channeled away from elections. We need to own our democracy, and own it free and clear. That’s why adopting public financing of elections is essential for New York.

***
Gerald Benjamin is Director of the Benjamin Center at SUNY New Paltz (on Twitter @newpaltz).