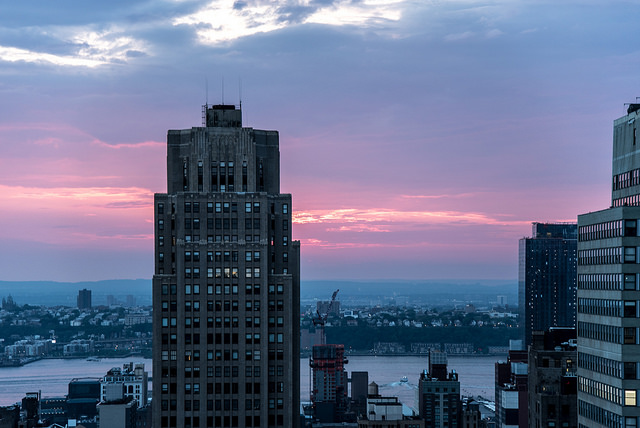 New York should never have reached the point where Ashton Kutcher cares more about the economic future and personal freedom of New Yorkers than the state Legislature does.

Yet, that’s exactly where we find ourselves as the actor is one of a number of tech investors who sent a letter urging Governor Cuomo to veto a bill that would crush temporary home-sharing service Airbnb.

Lawmakers in Albany and New York City began an assault on Airbnb with a 2010 bill that placed arbitrary time limits on short-term rentals.

This year they doubled down, passing an anti-innovation bill, shoved through at the eleventh hour, that goes even further. It slams users with hefty fines for advertising Airbnb-style rentals.

Not only that, but the bill’s loose language has left the door wide open for Airbnb, and its closest competitor Homeaway, to be directly hit with penalties. A violation of federal law.

What’s more, 25,000 New Yorkers use Airbnb to help cope with the city’s high cost of living by earning income from extra rooms. The value to hosts totaled an impressive $420-$500 million last year, according to AirDNA and American Action Forum figures.

These numbers clearly show Airbnb is a boon to New York City.

So why does Ashton Kutcher have to beg the very politicians whose constituents are benefitting from this service to not kill the industry? Because a narrow group of special interests, like the hotel industry and their workers, are entrenched in Albany and City Hall.

They are throwing everything in the kitchen sink at Airbnb, with little concern for the facts or consequences if New York loses half a billion dollars in economic activity.
That’s why New Yorkers are hearing scare tactics like false claims that “virtual hotels” are wreaking havoc on housing costs.

This hyperbole is just political hot air. Even a report from Airbnb’s arch-nemesis, the Hotel Trades Council, showed that so-called “virtual hotels” only make up 0.25 percent of the housing supply in New York City. (That’s the same group that dished out $12,000 to members of the City Council’s Housing Committee.)

You’d need a microscope to see that impact. And you’d need to be living in an alternate reality to think it’s increasing housing costs.

That’s not the only time the Airbnb opposition has ignored the facts. The Attorney General’s office found an overwhelming 94 percent of Airbnb users are not posting ads for more than two units. Another sign there is no real problem – unless you view a business innovating with a new service as a crisis.

Shielding an industry from competition should never be the goal of policymakers. That said, there may not be much reason for the hotel industry to panic.

A study on the Texas market showed “a 1 percent increase in Airbnb listings results in only a 0.05 percent decrease in hotel revenues.”

Additionally, the City saw a record 60 million visitors last year. This suggests Airbnb is combining with hotels to give travelers more options. Plus, home-sharing is actually spreading that economic activity to the outer boroughs.

Clearly, the data provides little support for outrage over Airbnb, let alone trying to undermine the business. Yet, the opposition’s risky offensive is not interested in careful consideration.

The bill they rushed through is all the evidence you need. It exposes companies to fines that would violate federal law if imposed.

In 1996, Congress saw that e-commerce was too important to be subject to the whims of state legislatures. That’s why Section 230 of the Communications Decency Act protects sites like Airbnb from being sued, or from shut down by state and local governments over users’ actions.

This statute continues to protect Internet entrepreneurs from litigation. It has allowed the creation of YouTube, Facebook, and many user-generated services we enjoy. Simply put, the legislature’s reckless fines go too far for federal law.

Still, New Yorkers deserve better than hoping the feds, or the Governor’s veto, will save them from their own misguided, and clearly compromised state legislators.

People need to learn more about this outrageous attack on innovation, and hold lawmakers accountable. We can do better than leaving it to Ashton Kutcher to protect our economic future.